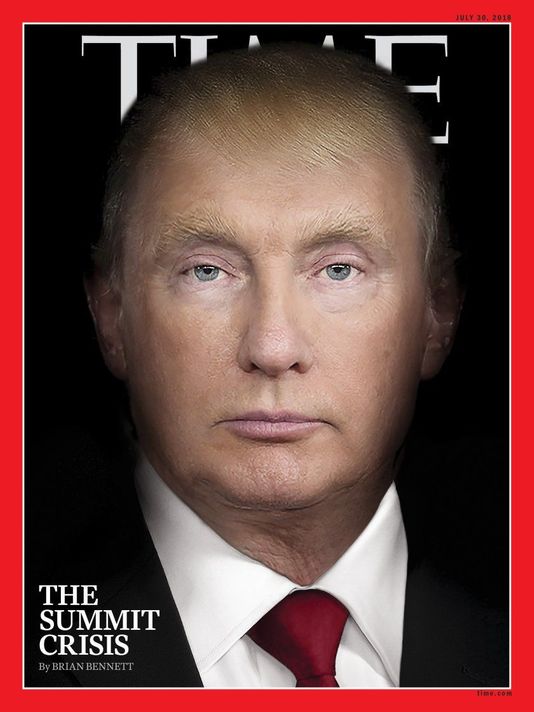 The mashup for the July issue appears like a Snapchat face swap: Retaining the leaders’ light-colored eyes, Trump’s signature blonde hair and eyebrows, and Putin’s nose. It’s a striking cover that comments on the controversy around Trump and Puttins recent summit in Helsinki, Finland.

“A year and a half into his presidency, Trump’s puzzling affinity for Putin has yet to be explained,” Brian Bennett writes in the Time cover story.

The image, created by artist Nancy Burson, is meant to illustrate a “particular moment in U.S. foreign policy,” Time said in a statement

That moment is ripe with confusion about Trump’s relationship with Russia. During his meeting with Putin, Trump failed to confront the Russian leader about Moscow’s meddling in the 2016 presidential election. Trump has also made conflicting ststements recently about whether he believes there are ongoing Russian threats to American elections — even walking back a ststement he made during his appearance with Putin in Helsinki. When Trump said he couldn’t see any reason why Russia “would” have been involved in the U.S. presidential election what he meant to say was “wouldn’t.”

Trump and his aides appear to still be handling damage control in the face of criticism from both Republican and Democratic lawmakers dismayed by the president’s friendly demeanor toward Putin. 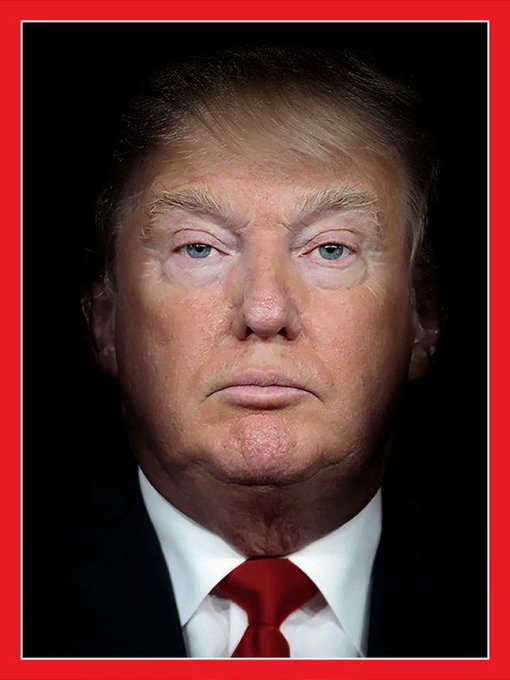 TIME’s new cover: Trump wanted a summit with Putin. He got way more than he bargained for