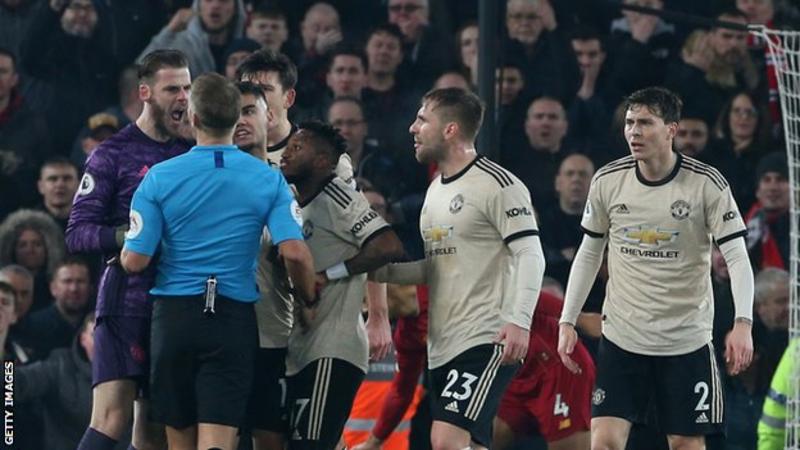 Manchester United have been charged by the Football Association for failing “to ensure its players conducted themselves in an orderly fashion” as they lost 2-0 at Liverpool on Sunday.

The charge relates to an incident where United players confronted referee Craig Pawson after he had initially allowed a goal by Liverpool’s Roberto Firmino.

The video assistant referee ruled out the goal for a foul by Virgil van Dijk on keeper David de Gea in the build-up.

United have until Thursday to respond.

The incident, which happened in the 26th minute as Liverpool led 1-0, saw De Gea booked for his protests to Pawson.