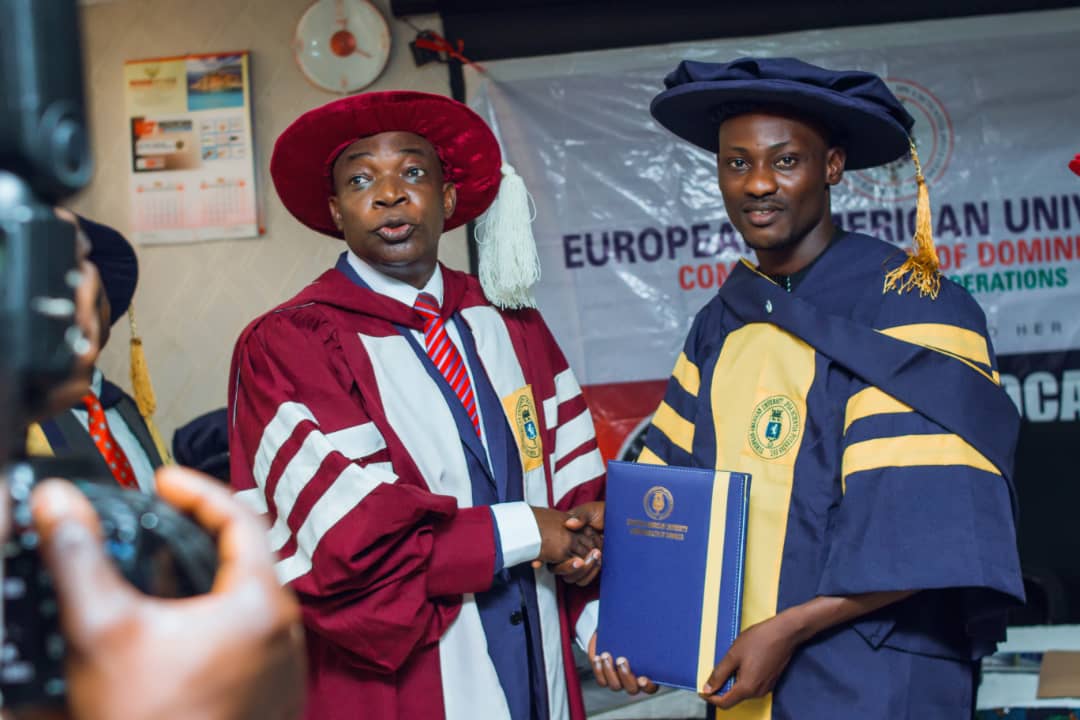 Dollar Construction is the choice of many in the country’s real estate sector at the moment. The company which won the Fastest Real Estate Company of the Year at the City People Magazine award a week ago is known to be piling up honours which come from different quarters, thanks to the dedication and hard work of the Managing Director, Engineer Idowu Lamidi who despite the awards his company has won is not resting on his oars as he charts more courses to set the standard in the sector with a dream to build a home for every Nigerian.

Some days ago, the European American University in Lagos cited contribution to national economic growth, impact in construction and project management as the criteria for the conferment of the Doctor of Science in Building and Construction Project Management on Idowu.

The conferment was done with the selection of achievers in various sectors for the honorary degree.

At the Lagos venue of the ceremony, Lamidi after adorning the robe of honour remarked that it was like a dream coming true.

He traced back his years of toiling and learning under the tutelage of his boss in Abuja, his first break, his many challenges and now the reward to show for all.

The Dollar boss hanged his honour on God Almighty and his team of loyal staffers who he called the bricks and the bridge that moulded the company into what it has become.

How Sujimoto Brazed The Odds To Deliver Its LucreziaBySujimoto, a Multi-Billion Naira Project