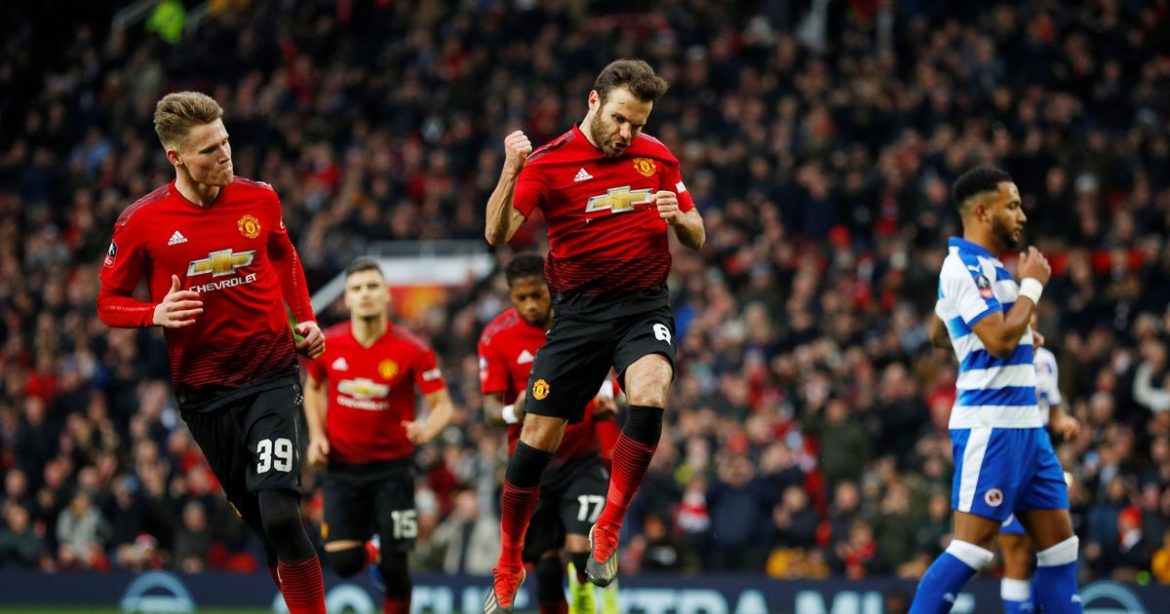 Manchester United won their fifth straight game under caretaker manager Ole Gunnar Solskjaer as they beat Reading in the FA Cup – but there was VAR confusion in the first half.

Fred’s goal was ruled offside but United were awarded a penalty for a foul on Juan Mata in the build-up.

The Spaniard scored from the spot, before Romelu Lukaku doubled their lead just before half-time.

United now head to Dubai for training before facing Tottenham on 13 January.

It was unclear to many what referee Stuart Attwell was checking when he called on the video assistant referee in the 20th minute.

Alexis Sanchez had chipped the ball to Fred on the edge of the box to control it with his chest and pass to Mata, who then poked the ball through for the Brazilian to slot home.

The assistant referee flagged for offside against Fred before Attwell then went to VAR – and a three-minute delay followed.

Replays showed Mata was actually caught by Omar Richards before he had played the ball and eventually a penalty was given.

A message saying “VAR check in progress, checking penalty” flashed on the screen, but for those watching on TV at home and the Old Trafford crowd confusion still reigned.

“The use of VAR was questionable there – it has got to be quicker,” said former United defender Phil Neville. “In defence of Jon Moss – the fourth official – there were a lot of mitigating factors there.

“The three or four-minute delay made a sense of uncertainty at Old Trafford – even though the right decision was made in the end.”

BBC Sport’s Simon Stone added: “For the fans inside the stadium who could only see the referee and players at a distance, it was a bit frustrating judging by the whistles and jeers.

“I don’t think the time taken is an issue – if the fans know what is going on.”