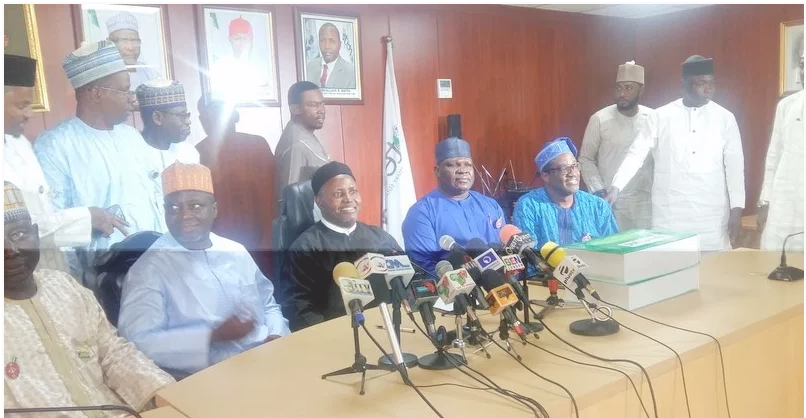 The Tertiary Education Fund (TETFund) has said it disbursed N134 billion to universities, polytechnics and colleges of education as intervention funds in 2018.

The funds allocated to tertiary schools nearly doubled the N69 billion it disbursed in 2017.

As part of its end of the year review, the Executive Secretary to the fund, Abdullahi Baffa, disclosed this at a media briefing, on Friday.

He said the funds, in various amounts, were disbursed to the schools to aid developmental projects.

”The Fund reaped the benefits of its 2017 projects proposal in defence and access clinics for Institutions in 2018 with about 49 per cent increase in access of intervention funds by the beneficiary institutions from N69.18 billion in 2017 to N133.84 billion in 2018,” he said.

He also gave a breakdown.

”The Fund disbursement for the period January- December 2018 across the various intervention lines was N133.84 billion. The distribution across the three levels are Universities- N66.93 billion, Polytechnics- N32.37 billion, College of Education -N32.65 billion while ‘others’ were N1.89 billion,” he said.

The report revealed that in 2018, the board of trustees of the Fund approved the enlistment of 16 new beneficiary institutions after they met all requirements.

The report also showed a significant increase by 25.47 per cent in the Fund’s Education Tax Collection. As of November 2018, it said it generated N200 billion compared to N154.9 billion in 2017.

The official explained that the growth shows the country has recovered from its recession, adding that the increase would aid it allocate more to institutions to enable carry out projects, fund scholarships, and research.

”The growth in the education tax collection is a clear confirmation that Nigeria’s economy has recovered from the avoidable recession it was plunged into by the previous administration,” Mr Baffa said.

”The increased allocation will to translate to a bigger allocation for public tertiary institutions and therefore more projects, more scholarships, more research funds in the institutions,” he added.