Home Media FG identifies main cause of Hike in food prices, set to adopt measures to reduce it
MediaNews

FG identifies main cause of Hike in food prices, set to adopt measures to reduce it 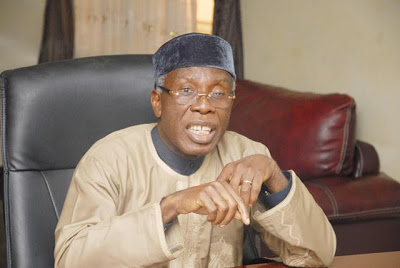 The Federal government has identified high cost of diesel and transportation of food items from different parts of the country as the main cause of the recent hike in the prices of all food items.

At its Federal Executive Council meeting last week, the Federal government constituted a task force to advise the government on how best to address the rising cost of food items across the country.

Minister of Agriculture, Audu Ogbeh, who is part of the special task force, told state house correspondents yesterday that investigations by the task force showed that the increase in the pump price of diesel caused an increase in the transportation which has automatically caused the recent hike in the prices of many food items.

To address this issue, Ogbeh said the Federal government has resolved to start using railway waggons to transport food items across the country. He noted that the use of waggons to transport cattle from the North to Lagos has helped in drastically reducing the cost of cattle in the South and that this measure will now be replicated in the transportation of food items as well.

FG identifies main cause of Hike in food prices, set to adopt measures to reduce it was last modified: February 9th, 2017 by Reporter