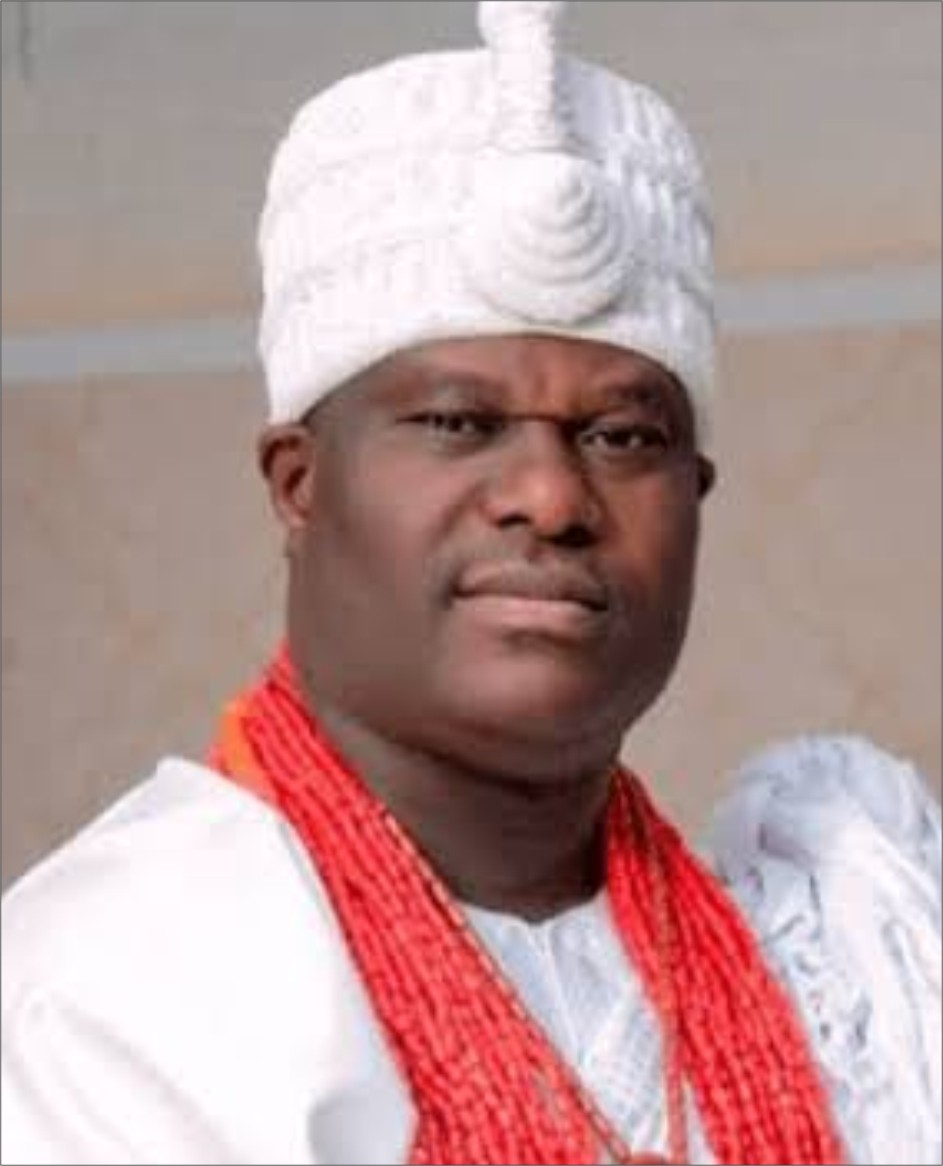 Over 200 beautiful ladies stormed the just concluded 3rd City People Fashion and Beauty Awards held on Sunday, May 30th, 2021. They were all elegantly dressed with some leaving tongues wagging and jaws wide opened. It was a fashion and beauty show, as celebrity women from all walks of life did not only dress to express beauty but also showcase the creativities of different designers in the fashion world. From fabrics to skincare, makeup and designs, the event had all well combined to make a great fashion show. The men were also not left out. They looked dapper.

City People’s DAMILARE SALAMI (08155134152) was there and brings you details of all that went down at the event, enjoy.

The venue was a perfect match for such a glamorous event. The new Pleasant Event Centre along Ajao road, off Adeniyi Jones in Ikeja, was the appropriate venue. It has maximum security, sufficient space and all the COVID-19 protocols were strictly adhered to. Let’s also inform you that this event centre has the capacity to host any kind of event at all. Its serene environment made it an ideal place for all the VIPs that graced the occasion.

THE GREEN CARPET WAS ON FIRE

Did we tell you that the Green carpet was red-hot? You would wish you were there to see how different ladies left eyeballs almost jumping out of their sockets with their different fashion styles and gorgeous outfits. Let’s quickly remind you that it was a fashion and beauty event, therefore, every guest duly represented their designers and fabric merchants appropriately. What about the young ladies? They fully represented their generation as well. Many of them could possibly pass for a model with their different fashion styles. One would wonder where their designers were getting these fashion inspirations from. But alas, they were very classy, glamorous and pleasant to the eyes.

All accolades went to Mrs Jumoke Adekoya, the CEO of Seamless Event and her entire crew. As they gave the host and guests a memorable day with their planning and management. The beautiful Seamless ushers, waiters and other vendors were not only professional about their job, they equally gave guests a good impression about themselves and their organization. They seem to have a way of achieving success at event management, so seamlessly.

The bright Sunday afternoon started inside the pleasant event center with cool oldies from the young and dynamic Alambus & the Bhelcanto band. To say that they stunned the audience would be an understatement. They performed and did it just as the original singers of each song performed them. The Alambus & the Bhelcanto band is a group of young and talented singers led by the beautiful Tosin Alaba, a singer and multi-instrumentalist.

This edition of the City People’s Online Fashion & Beauty Awards was a star-studded one. It had many A-list celebrities in attendance and one of them was the anchor. Olori Sola Kosoko as she is fondly called is a very down to earth broadcaster and OAP who has been with LTV for well over 20 years. She brought her skills and talent to the fore as she anchored this very special fashion show. Of course, many who know her would agree that she is a fashionista herself and her classy dress on the night just killed it.

Mc Pluto was another shining star that glowed at the event. He needs no introduction because he is well known on the social scene for anchoring big events. His tush comics is what stood him out from many others in the stand-up comedy and anchoring business.

Expectedly, City People Publisher, Dr Seye Kehinde was called to welcome the guests. In his speech, he appreciated the Ooni of Ife, Oba Enitan Adeyeye Ogunwusi, who decided to use this platform to showcase the Oodua Adire project ably sponsored by His Imperial Majesty. He also appreciated the royal father of the day, Oba Francis Olufolarin Ogunsanwo, the Alara of Ilara-Epe who despite his tight schedule found time to be in attendance and came very early too. He noted Alaras unflinching supports for proudly Nigerian brands and the City People Media Group.

According to him, “City People Online Fashion & Beauty Magazine is the latest baby of City People Magazine. It is an online platform set up a few months back, to celebrate the latest trends in the Fashion and Beauty sector in Nigeria and beyond.”

“It was also set up to celebrate all the practitioners and stakeholders in both sectors, be it old or new.”

“So, all the activities of the newly set up City People Online Fashion & Beauty Magazine will be done online and we intend to make a strong impact and a great showing online.”

“We say a very big thank you to all the big names in both sectors of Fashion & Beauty who have supported us greatly.”

Fast-forward to the business of the day, it was the Alara of Ilara Epe, HRM Oba Francis Olufolarin Ogunsanwo that presented the first set of award plaques to their respective winners. The first went to Funmi Beauty World. She bagged a skin and beauty recognition award to the skin and beauty business. The next went to Chief Mrs Funmilayo Ogunbadejo who stunned in beautiful sky blue aso-oke. She is a 75-year-old grandma who looked like she just turned 50. She is the CEO of Tees Bee Aso-Oke. Other winners are Princess Folashade Fadairo who bagged a style icon of the year award, the Wuraola by Fola Brand CEO, the king of small chops and ace politician Hon Saheed Kekereekun also known as Saheeto.

Princess Ronke Ademiluyi is a trained lawyer who left law practice for her first love, fashion. She is a popular fashionpreneur who has plied her trade in London and is still doing it in Nigeria. She is the convener of the Adire Oodua Fabrics Hub where many youths and other interested individuals are being trained on how to make Adire fabrics. She is also the founder of the Africa Fashion Week, London and Nigeria.  She won two awards on the night and everyone attested to the fact that they were well deserved.

Olori Bolanle is into fabric business and sells exclusive laces and high-end luxury HOH laces. She runs one of the biggest fabric stores, Fabrique plus in Ikeja. She sources for her exclusive fabrics from South of France, Europe and no wonder her unbeatable HOH lace comes from the source, Austria.

FASHION BY OYE OYEBIMPE MODELS ON THE RUNWAY

There can’t be an interesting fashion show without a fashion parade. At this year’s City People Online Fashion and Beauty Awards, some young and charming models stunned in different Adire outfits designed by Oye Oyebimpe. These fabrics were the products of the Adire Oodua Fabric Hub in Ile-Ife chaired by the Ooni of Ife.

She’s not only beautiful, she is also healthy. Beautiful Grandma, Chief Mrs Funmilayo Ogunbadejo stood for more than 30 minutes to present award plaques to their winners after bagging her own. Some of the lucky winners who got their plaques from her include Ayaba Mobola Akinfaye, Yeye Adejoke Ojo, Laide Lanre-Badmus. Others are Olori Funmilayo Ope, Princess Naomi Oshibodu, Princess Adekunbi Oyedeji and Mrs Olanike Olawoyin who is into fashion and property development.

Laide Lanre-Badmus is another trained lawyer who became a fashionpreneur and designer. Her works have been recognized by many and this was the reason she got nominated and eventually won the prestigious City People Online Fashion & Beauty Awards. Her passion has finally paid off for her.

She was called up stage to grab her award plaque but ended up serenading the guests again. This was Tosin Alaba, the leader of the Alambus & the Bhelcanto Band and of course, she entertained again, alongside her band members. To say that the guests enjoyed her performance was to belittle what she did, everyone was entertained to the fullest.

It was not just about fashion and music, there was comedy too and Mc Pluto with DJ Heavy was at the centre of it. It started with Pluto comically blasting the DJ. But trust Yinka Ogunsanya popularly known as DJ Heavy, he has a response for every jab thrown at him. Surprisingly, his responses were not in words but sound bites and short music. The audience was the better for it. They enjoyed every bit of it.

ACE BROADCASTER, TOYIN BAMISHAYE ONI, WAS IN THE BUILDING

Another big fish at the event was the ever-young LTV broadcaster, Mrs Toyin Bamoshaye-Oni. She came gorgeously dressed and in the company of some of the awardees. Mrs Bamishaye-Oni is a popular face on the TV and has paid her dues in the industry with LTV at the center of her career.

The Ikast set of awards on the night were presented by two popular fashion figures, Yeye Oge Fao and Yeye Adejoke Ojo. Some of the winners that got their plaque from them are TV goddess, Seun Olagunju who was ably represented. Others are Mrs Ibironke Awaye, Ade Bakare, Hajia Roniks Apeke Bamgbola who was represented by her children, Abeni Ojuloge and many more.

Many didn’t know that the Yeye Tolulope Bewaji of Itoriland, Abike Jagaban was going to be in attendance. Instagram went agog as soon as her presence was announced. She was one of the winners on the night and she bagged her Fashion Awards in style.

One of the high points of the 2021 City People Fashion & Beauty Awards, was the celebration of Chief Mrs. Olufunmilayo Ogunbadejo, the founder of Tisbee Aso Oke. She was honoured with a Lifetime Achievement Award for her remarkable contributions to the Aso Oke Business.

Many were pleasantly surprised at how refreshingly young she looked at 75. Tisbee Aso Oke commenced business in 1993 with the sole aim of revolutionising the use of Aso Oke in our day-to-day social activities. At 75, she has not retired. She has only slowed down a bit to allow her 2 daughters Dele & Funke Ogunbadejo to take over the active running of the business. The founder, Chief Mrs. Funmilayo Ogunbadejo runs the main business, whilst her daughters run The Annex of Tisbee. Her daughter, Dele, told City People that, “my sister Funke & I both started with Mummy, later we started introducing new ideas and designs to spice up the conventional Aso Oke. We added a new twist, like stoning, hand painting, and introduced laser cut Aso Oke designs which till date remains the rave of the moment among fashionable people”.

According to Dele Ogunbadejo, “at Tisbee Aso Oke, we maintain one unique procedure. We just don’t sell to people ready-made Aso Oke. We design and weave to client’s taste and satisfaction. The head office is at 5 Majekodunmi Street, while the Annex is at 4 Agbaoku Street, Off Opebi, Ikeja-Lagos,” the pretty lady concluded.

Who Did What @ The City People Fashion Awards