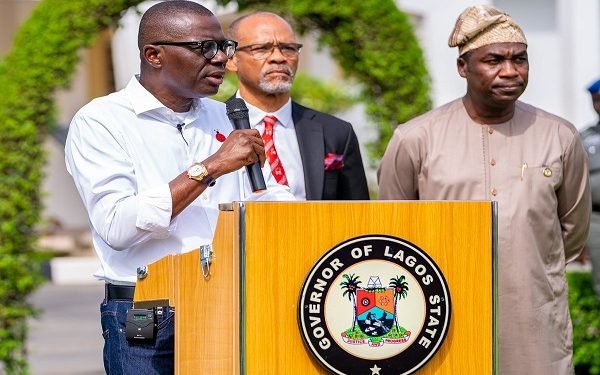 Babajide Sanwo-Olu, governor of Lagos state, says the federal government could have handled its disagreement with Twitter better.

On Friday, the federal government announced the “indefinite” suspension of Twitter owing to “the persistent use of the platform for activities that are capable of undermining Nigeria’s corporate existence”.

The development led to the blocking of access to the micro-blogging platform by MTN, Globacom, Airtel, 9mobile, and other networks.

Reacting to the suspension of the platform, Sanwo-Olu, in a chat with Arise TV on Monday, said considering the economic implications of the decision, the federal government could have handled the situation better.

He then asked that both parties work out rules of engagement going forward.

“Federal government can handle this a lot better. Because of the number of eCommerce, the number of youths doing digital stuff on the internet, and we cannot throw that away and say it’s not happening. I believe there could be a lot of restraint and better management from both sides,” the governor said.

“On both sides, there are issues that can be resolved between Twitter and the government and I think what they’ve done is not a ban but a suspension like they said, so in the period of suspension let us sit down.

“If we have 40 million users of that micro-blogger and another country has five million and they chose to take their investment to a country that has five million compared to a country with 40 million. It speaks to the reason we need to have that conversation with them. Probably if they have an office here things would have been done a lot quicker and better.

Twitter Ban: FG Could Have Handled It A Lot Better – Governor Sanwo-Olu was last modified: June 7th, 2021 by Reporter