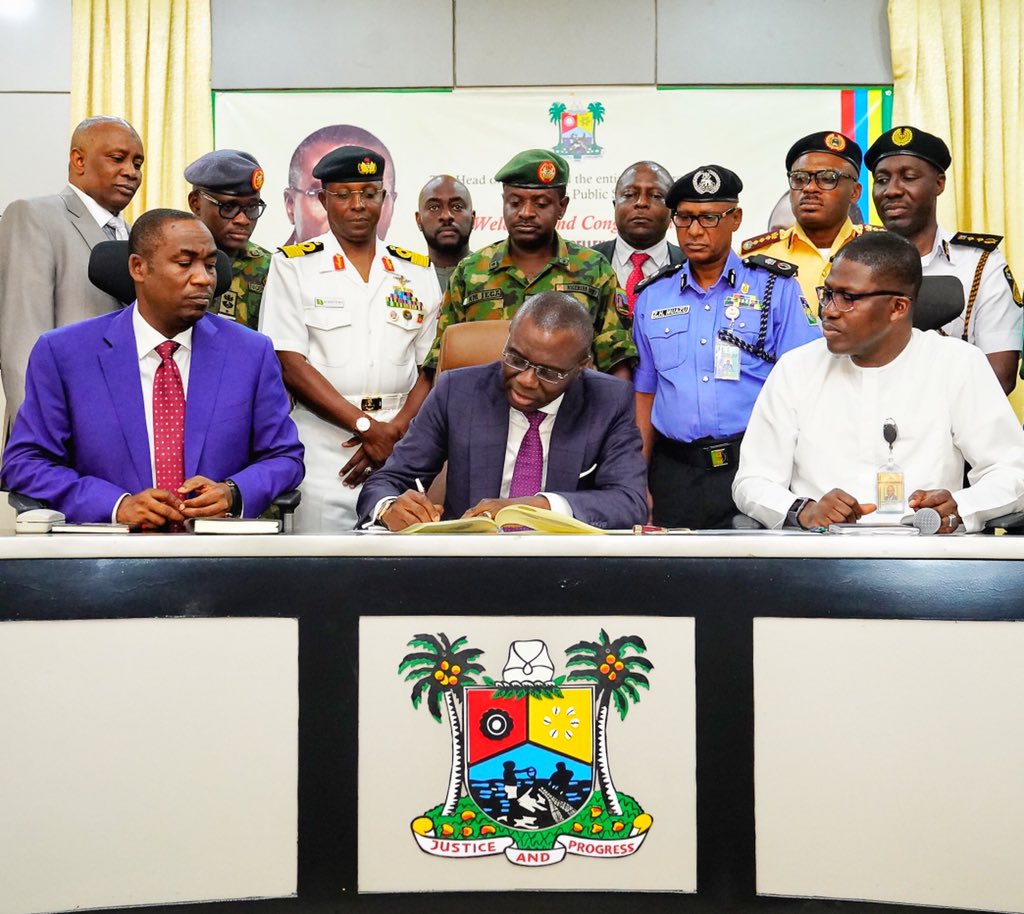 Lagos State Governor, Babajide Sanwo-Olu on Friday told officials of the Lagos State Traffic Management Authority, LASTMA not to spare anyone who violated traffic laws, even if it was his brother.

Sanwo–Olu, who was at LASTMA office in Oshodi, Lagos, Southwest Nigeria on Friday said emphatically that if his brother broke a traffic law, he should be arrested.

According to him, there would be no sacred cow in the enforcement of the law, saying that if anyone broke traffic law and was arrested and he said he knew the governor, “tell him to call the governor to pay the money for the offence.”

He told them not to listen to anyone from his cabinet who might want to use his position to get someone arrested by the officers off the hook.

Sanwo-Olu also made it clear that he would not condone corruption or bribe-taking from any LASTMA official.