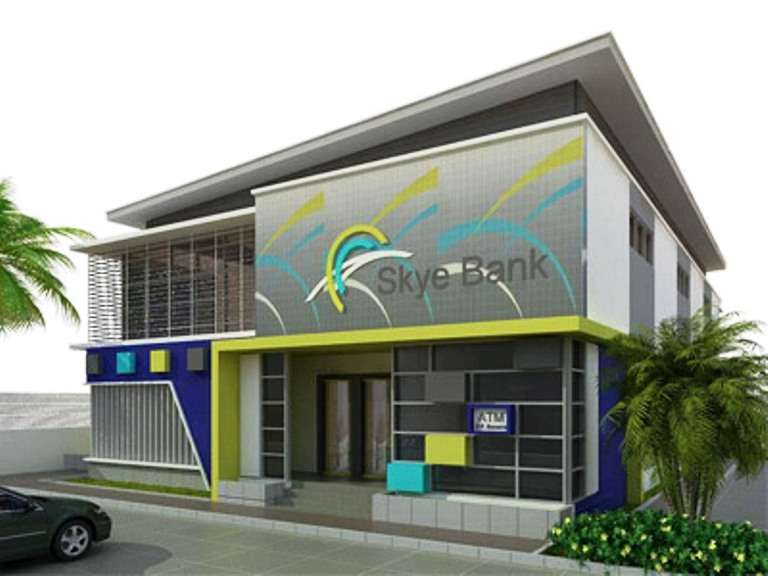 Many lives were lost after dreaded armed robbers numbering around 15 stormed a Skye Bank branch in Ondo State to rob. A victim of the robbery incident that took place in Ondo state yesterday
Two policemen were killed after about 15 armed robbers invaded a Skye Bank branch in Ifon, headquarters of Ose local government area of Ondo state, on Thursday.
A witness said the robbery took place around 3pm. He said they blew up the bullet-proof door with substance suspected to be dynamite before gaining entrance.
A yet to be identified man at a medical clinic beside the bank was also reportedly killed. Narrating how the incident happened, the eyewitness said: “On entering into the bank, the robbers packed all the money in the vault, while some of them engaged the policemen in a gun duel outside the bank,”
“They were heavily armed. When they got to the bank, they could not enter easily because the bank had stopped attending to customers. So, they had to blow the door up with dynamite. “For several minutes, they were shooting everywhere, two of the policemen that engaged them were killed but none of the robbers was killed during the shooting.”
Confirming the incident, Femi Joseph, police public relations officer in the state, said the command deployed more officers and men in the scene.
He added that Gbenga Adeyanju, the state commissioner of police, also visited the bank.
“It is unfortunate that we lost two of our men in the incident, but we are still on the trail of the robbers, they went to the bank with sophisticated weapon and inspite of that our men still engaged them,” he said. Victims of the armed robbery attack
“The commissioner of police himself led the team from Akure to the scene, it was when they (robbers) knew that we were closing in on them that they ran away with bullets wounds. We shall get them soonest because our men are still on their trail.”