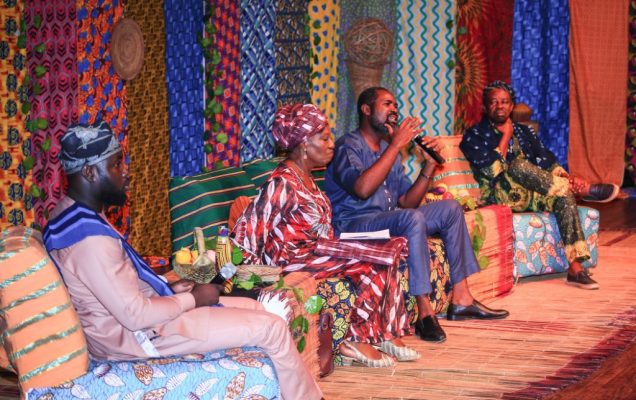 Speaking at the launch of the book: “Afonja: The Rise,” written by Tunde Leye, in Lagos, they appealed to parents not to allow western culture to undermine African culture in their respective homes.

The trio of ace filmmaker, Tunde Kelani; a former lecturer at the Adeniran Ogunsanya College of Education, Ijanikin, Lagos, Mrs. Elizabeth Ajayi and a former Attorney General of Lagos state, Dapo Sasore SAN, also commended the Federal Ministry of Education for bringing History back into the school curriculum.

Speaking during a panel discussion moderated by Oladimeji Ojo, a poet and lawyer, Kelani asserted that history is never developed in the classroom, as “it starts from homes.”

He said the government alone shouldn’t be blamed for the nonchalant attitude of younger generation towards Yoruba history and culture, adding that parents shared the biggest portion of the blame as they have technically indoctrinated their children into erroneous belief that the Western ways are better than theirs.

“I feel bad when people ascribe all the blame to the government. The government undoubtedly played a role but the larger part of the blame should be put on parents who discourage their wards from speaking their languages or learn about their history.

“In today’s Nigeria, some parents believe that their children’s ability to succeed depends on their proficiency in English Language, this inconsequentially belittling our local languages and it will take us nowhere”, he noted.

Also speaking, Ajayi, who hinted the audience that History was back in school curriculum, pointed out that anybody without history has no identity, saying the earlier Nigerians believe this the better.

She called on women, who are the mothers and chief influencers in various homes, to work on their children and encourage them to learn their history.

She said: “The argument of whether History should be restored in school was on for years but we are glad that the committee set up to look into it has finally reasoned with those of us who are making a case for it.

“It was initially erroneously believed that students could learn History in their Civic and Government classes but we gave them a superior argument that methodology of teaching history cannot be compared with teaching other subjects, hence the need to bring it back. Thank God it has been restored.”

READ ALSO: MEGHAN MARKEL WILL GIVE BIRTH TO A BOY – CHINESE SOOTHSAYER PREDICTS