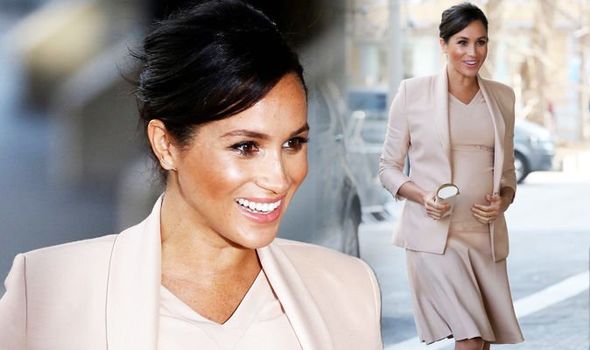 The Duchess of Sussex, Meghan Markle, will give birth to a boy, Chinese soothsayers known as Feng masters have predicted.

Prince Harry’s wife is expecting a baby at the end of April or early May.

“We do see it is a very good year to have a baby for her,” says Thierry Chow, Hong Kong feng shui master.

“For her birth chart, it is a bit more male dominant energy. So I would say to expect more of a boy than a girl.”

The soothsayers predicted turbulence and division for world leaders and said US President Donald Trump might be impeached.

“The only chance to successfully impeach Trump is between December 6 and January 6, 2020,” he said.

Yeo said there should be fewer tensions between nations this year — but there would be little respite for politicians back home.

“Pigs represent water. And when water adds with earth it becomes muddy, which means people will lack clear thinking and their decisions will be problematic this year,” Yeo said.

“It indicates that every country will be very busy dealing with their internal problems, although international conflicts will be lessened this year.”

The soothsayer said it will be “a year of grave challenges for” Theresa May, British Prime Minister, as she tries to seal an acceptable Brexit deal for her country.

“The hexagram shows only by relying on the EU, Britain will be prosperous and lucky, and can develop smoothly and steadily,” Yeo said.

“A ‘hard Brexit’ would lead to riots and protests.”

Meghan Markel Will Give Birth To A Boy – Chinese Soothsayer Predicts was last modified: January 31st, 2019 by Damilare Salami