How 14 Brave Kidnap Victims Escaped From Bandits’ Camp In Sokoto 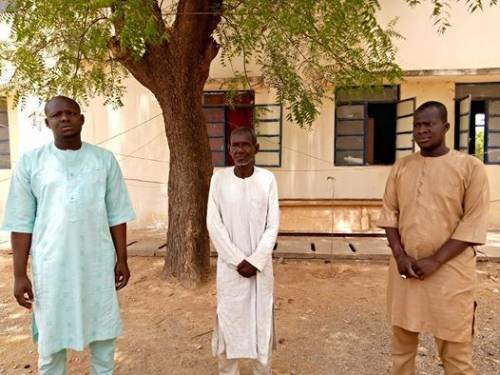 No fewer than 14 people have reportedly escaped from a bandits’ camp at Suruddubu in the Isa Local Government Area of Sokoto State after being kept there for days.

It was learnt that the residents escaped from the camp affiliated to kingpin, Bello Turji, on Saturday when their captors went out for other ‘operations’.

A source told citypeople that the victims escaped “when the bandits went out to attack some villages in the area.”

Confirming the incident, the Chairman of the local government area, Abubakar Yusuf said the victims have been taken to the General Hospital in Isa for a medical checkup and would be sent home.

“Yes. They’ve been taken to the General Hospital in Isa for a medical checkup and would be sent home. We are happy that they are gradually escaping and we will keep praying and supporting our troops to win against these people (bandits).

“We have mobilised the hospital to give prompt medical attention to those wounded by the bandits and those who escape from their abductors.

One of the escapee who survived gun wounds, Gambo Hamzat gave an account of how he narrowly escaped after being shot twice;

“We have been captured about two weeks ago and some of us decide to understudy their routine. We notice they all put their guards down during their special prayers and meeting after tying us. One of us used his teeth to cut the rope and loosed some of and we continued to free ourselves.

“We were about half a mile away before we were noticed to have gone. They shot and killed some escapees but some of us managed to run faster than they can recapture us”, he said.

How I Have Sustained Little Saints Orphanage For 27 Years