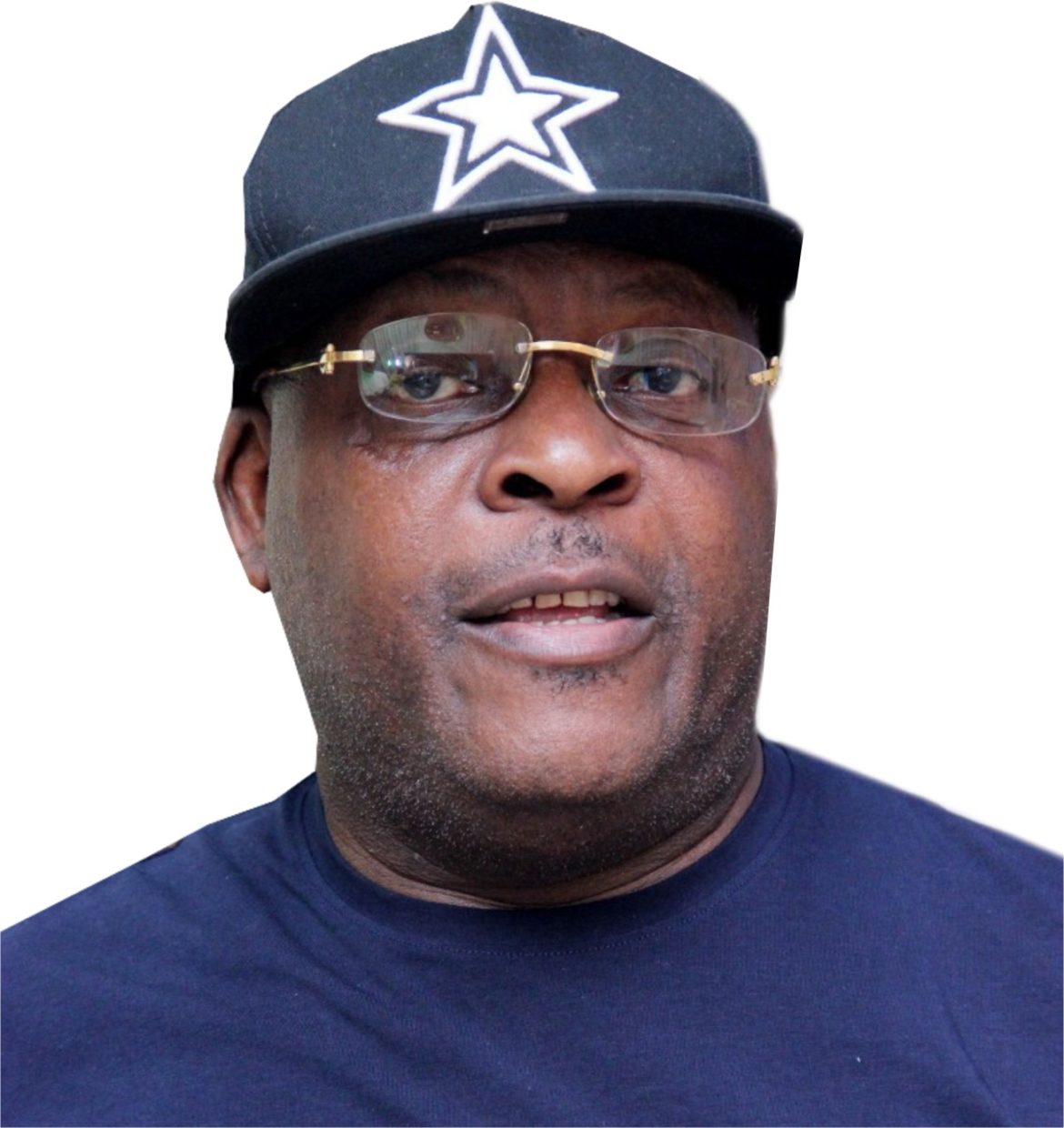 Afro Juju creator, Sir Shina Peters, is in a happy mood right now. His hit song, Ace, is 30 years old. It was the hit song that changed his career for good. But many don’t know the story of how the influence of the late Fuji King, Ayinde Barrister and Fela Anikulapo made him change the then-existing way Juju was being sung and he came up with a fusion of fast-paced Juju music called Afro Juju. At the time he created Afro Juju, the popularity of the old and traditional way of singing Juju was waning, losing its grip on the fancy of people. Sir Shina Peters was worried that his music genre was fading away. That was why he went back to the drawing board to repackage his music after he played at a show where Alhaji Ayinde Barrister, was also on the bandstand. To Sir Shina’s surprise and frustration all the guests on that occasion moved away from Sir Shina’s bandstand to Barrister’ so enjoy Barrister’s fast-paced Fuji music. Later, a visit to the late Fela Anikulapo made Sir Shina Peters know that he had to change his slow-beat to a fast-paced kind of music and that he had to also sing in Igbo, and Pidgin and Hausa, to enable his music to cut across the various ethnic groups in the country.

A few days back, Sir Shina Peters spoke with City People team led by the Publisher, SEYE KEHINDE, about how he created his Afro Juju beat and recorded, Ace, which he is celebrating this month. The success of Ace opened the way for 3 to 4 other hit songs, which have now become evergreen songs. That is why he is going to celebrate his 2nd hit song, Shinamania, at 30 next year. Below are excerpts of the interview.

At a point, you became the only Juju musician who was known all over. How were you able to do it then?

I saw Juju music dying at that time. There was nothing happening on Juju music scene and Alhaji Barrister from nowhere released Fuji Gabage. That time I went to a show at TBS in Lagos where a top Juju musician, Barrister & Co. were playing. When Barrister came on stage, the crowd moved away from the top Juju musician, who happened to be my godfather to Barrister’s side, and I said to myself, ‘there is no Juju music again’. For weeks, I couldn’t sleep, thinking of what to do to resurrect the genre. Let me tell you a secret, for any artiste to moot the idea of changing one music to another is not easy. Prince Adekunle, Jacob Oluwole, Uncle Joe Ajayi wanted to change playing a pattern of music to another and it cost their downfall. Sometimes, you have to push yourself to achieve something in life. I said to myself at the long run that if Fuji could take over from Juju, and I could not fold my hands, I started making my own research I wanted to know what really went wrong, I wanted to observe what people were dancing to I wanted to note what people were listening to. I wanted to see what was making people crazy about Fuji Gabage. And, I can say that it wasn’t the music or the lyrics, but the percussion. I quickly noticed that. I went to Phase II then opposite Jibowu. I could not really say what came over me, I just noticed that I was determined to fight to get to the roots of the matter. Like I said, I went to a popular place called Phase II, where they were playing disco to learn. I did so many things then and God really crowned my efforts. I was also introduced to most millionaires’ children then, like Dangote, Otedola, Lanre Tejuoso, Tunde Folawiyo, Segun Awolowo. Then, their parents only listened to either Ebenezer Obey or King Sunny Ade. When they were playing at the front, I would go to the back of the house to meet the children and we would start doing our own thing. I remember there was a day at Lanre Tejuoso’s wedding. We set our own stage, while Ebenezer Obey Commander set his stage at one side as well and before we knew it, everybody moved to our side. It was like, “you these children are really enjoying yourself here” and they started giving me contract to play for them. Some said they had called somebody, but yet you could still come. That was how the whole journey started, and if I could remember vividly it was from Stadium Hotel. I thank God that those youths then embraced me and my idea that was why you saw that I was very close to those people whom I’ve mentioned their names so far. They are many, but just to mention a few.

I remembered when F. O. was doing Shina Peters Magazine, whenever we went to any event; we started a photo journal from my end to appreciate those who invited us for their show. People actually fell in love with that too, telling their friends to call us for the event because, after the show, we would give them magazine of the event. And Femi Otedola was printing it free of charge. For the first time, Juju music had its pattern of dancing. I bought a Honda car, they changed its name to Shinamania, if you saw gele, “they called it Shinamania. They started tagging everything to my name and it was Dele Momodu who started the whole thing. The only thing I could say is that the success of the brand, ACE, was beyond me.

Why did you call it ACE and how many tracks are in it?

Then, we didn’t do tracks. It’s either 60 min or 80mins. What made me tag it ACE honestly I don’t know (laugh). The only thing I noticed was that some of us when we were playing music were also playing cards, and that was where I got that song I sang about “777 Is A Number”. But honestly, I can’t take the credit from my Creator who used me as a vessel, because we started everything from ACE; my mode of dressing, using of sunglasses, big belt, everything was a total package. I could not also thank God enough especially for the critics who made the project, to happen, either positive or negative. That is why I also advise some young artistes to always thank God when they hear people abusing them. There are some artistes who want people to abuse them, but nobody is looking at their side.

Now, I’m more into concert than playing at parties. They use me to bridge the gaps between the old and the new artistes. Because of the grace of God upon me, I always like to do something with youths. My gate is opened 24hrs I always embrace them because I believe they are the future. What killed most Juju artistes was their refusal to allow the upcoming ones to play like them. In, 1998, I formed a new generation set.

I told them so far if you could sing, just come to my house, and let’s see what we could do together. We will back you up. And today, it’s paying off. Anybody could play Shina’s music because I allow them to play it, and it’s paying off. Then, when I was with Prince Adekunle, nobody dared enter where we were rehearsing. If we were in the studio, they would put a red light to stop anybody from entry. In fact, they hired Policemen to be moving round just incase any artiste could be prowling because we believed they came to steal our lyric. But I stopped all that nonsense. Sometimes, when I’m rehearsing, I would call Seyi Michael & Co., I remember when one of the musicians came to me and said “Baba, I love this song, but it’s too fast for me”, could you break it down”. I heard to tutored him line by line, break the lyric down for the artiste. You know, they’ve turned Afro Juju to several versions from Afro Juju Gospel, which I was also the one who started it with “Ha! Egbe mi e nasia” but I love the way everybody is doing it now. You know I also started hip hop in “Shinamania” song I started rapping. So, I’m happy to see what everyone is doing now. On a serious note, I’ve paid my dues, I may not have the money, but I’m blessed I’m overwhelmed by saying thank you to God and to the world.

I want you to also tell us about Sir Shina Peter’s looking younger every day?

I swim a lot and I fast a lot. Sometimes, 60 days and my own fast sometimes dry fast and sometimes water and fruits alone. I don’t want to go to the spiritual aspect of my profession. It’s too deep.

What also made you stay in your religion for so many years now?

Everything I wanted God has given me and still giving me.

Were you born into it?

Yes, even my mother. So I thank God.

How do you spend time to relax if you are not singing?

I love to read the Bible. People used to invite me since about 10-15 yrs now to preach in their churches in different countries, and I love doing that. I believe in paying, back. I’ve been so blessed by my creator and if that is the only way I could show my appreciation to Him for being so kind to me, for making me from nothing to something, taking me from grass to grace. I’m grateful to Him. There are some things that don’t matter to me anymore and there are some things that still matter to me. There are somethings that people are yet to see. What matter to me most now is the entertainment. And other thing that matters is how do people see God. Do people really believe that there is God? As some scientist thinks. If there is no God why can’t mother and child have the same fingerprint? So now, many things that are important to me are far beyond human comprehension. It’s spiritual. I always wonder how we could have the fear of God, how we could love ourselves deeply. At the stage we are now, after this sinful world, where are we going? Whether we like it or not, we are going to die. All these thoughts to me now are important, though I still play my music, and as a matter of fact, I will play music till I die.

If I’m going to lie I will say Yes but No. I don’t have any regret. Anything God created was beautiful like I said everything I believe God, He has done it. Our problem is we don’t know when to stop. I would like to advise the upcoming ones, even though I salute their courage because it’s not easy, but the only thing they could do for me is to work on their lyrics. They should always remember that they are also role models.

How We Shut Down LONDON With The K1 Concert – ALEXES Promotions Boss, Mrs. BOLA OLATISE