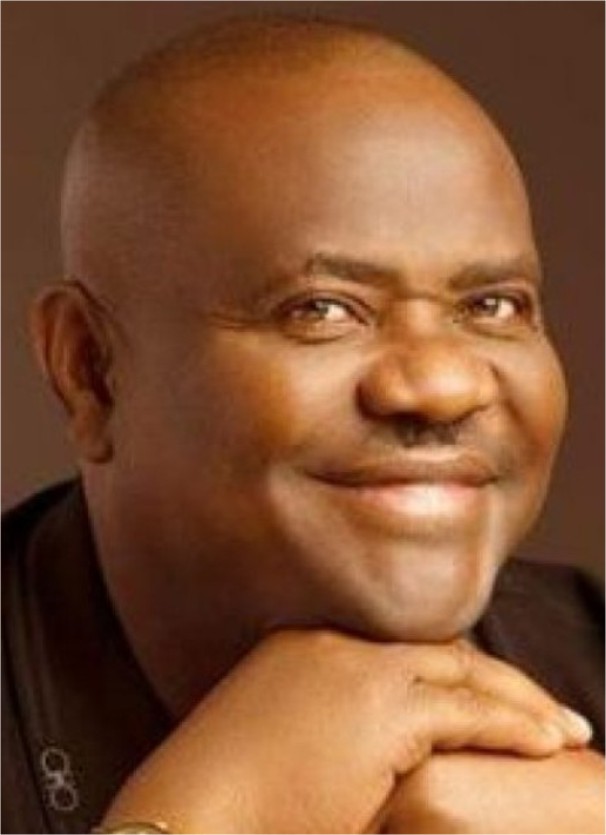 Outside of the three major presidential candidates flying the flags of their respective parties, the one politician that is attracting as much attention as Atiku Abubakar, Asiwaju Bola Tinubu and Peter Obi right now is Governor Nyesom Wike of Rivers State.  His celebrated face-off with his party, the PDP and its standard bearer, former vice president Atiku Abubakar, has been consistently making the headlines since the very day Atiku announced Governor Okowa of Delta State as his running mate. And from the look of things, the brewing war between the Rivers strong man and his party is far from over.

As it is, no one can really say where or when the conflict is going to end. Governor Nyesom Wike’s resolve appears to have gotten even stronger now that he’s become the beautiful bride that the two political parties, APC and PDP, are falling over themselves to woo over to their party. He is reported to have met with the APC national leader, Asiwaju Bola Ahmed Tinubu, a couple of times outside the country and details of their discussions have been pretty well concealed from the public. But if going by the comments of top APC leaders such as Aminu Bello Masari, the governor of Katsina State, then it can be safely deduced that talks are in progress with Governor Nyesom Wike to have him work for the APC and its flag bearer, Asiwaju Bola Ahmed Tinubu, and help deliver votes from his region come next year’s presidential election.

Masari was asked if Wike was intending to join the APC in order to assist Tinubu win election, he said he was not in position to say if Wike would join the PDP, adding that “Wike does not have to leave the PDP before he could assist anyone that he wants to help. This is because Wike is a big politician, a Governor and he has control in some other states apart from his state. He is good to the people and has associated with his people peacefully. By the grace of God, he will be of help to us.” He concluded that, “from what we are seeing now, what has transpired is that we are going to work with Wike and he will be useful to us.”

Governor Nyesom Wike is not the only PDP governor rebelling against the party right now, he is only the leading voice. He has on his side as allies Governor Seyi Makinde of Oyo State, Governor Okezie Ikpeazu of Abia State, Governor Samuel Ortom of Benue State and Governor Ifeanyi Ugwuanyi of Enugu state. For these four PDP governors, they have said to anyone who cares to listen that they are not with Wike because he’s their friend, they are with him because they are as aggrieved as he is. They are also displeased with the jettisoning of the PDP Constitution which reflects that its selection for the party’s standard bearer will be based on a rotational agreement. The party had agreed that for the 2023 presidential election, the party’s ticket will be zoned to the South. This was the understanding until Atiku reappeared from Dubai where he had been hibernating since the party lost the last presidential election in 2019 and ‘hijacked’ the ticket to the consternation of other stake holders. This is the beef Wike’s allies first had with the party. This issue raised a lot of dust within the party, prompting some members to walk away from the party while others who didn’t walk away appear to have lost faith in the leadership of the party, calling to question the sincerity and transparency of the Chairman, Iyorchia Ayu. And just when everyone thought the party would find some way to resolve the issue and pacify embittered and disenchanted party members, the party’s flag bearer, Atiku Abubakar, struck another blow!

After he won the party’s convention and emerged its presidential candidate, a committee was set up, headed by Benue State Governor, Samuel Ortom, to select out of a handful of candidates the most suitable running mate for Atiku Abubakar. The Committee sat in Abuja and met for a couple of days to allow for proper deliberations. In the end, Governor Nyesom Wike came tops ahead of Governor Okowa. It was therefore a rude shock to not just Wike but everyone in the party when Atiku announced that he was choosing Okowa ahead of Wike and then went ahead to announce Okowa as his running mate. Naturally, this drew wide spread sympathy for Wike who many felt had done a great deal to hold the party together and had also sunk in a large chunk of Rivers state’s funds into the running of the party. Everyone, especially his close friends and allies, felt he didn’t deserve that kind of treatment from the party. And for this, his close allies, Governors Seyi Makinde, Samuel Ortom, Ikpeazu and Ugwuanyi, are all standing by him. Indeed, it is the added support Wike is getting from these other governors that’s giving the PDP leadership their biggest headache. So, as it stands now, it is almost certain that Wike and his allies will work against Atiku’s presidential ambition come next year.

But those who know will tell you this is not the first time this group will be working against Atiku. Many political observers will recall that this same group, except Governor Ortom of Benue state, worked against Buhari in the 2019 election. This was confirmed by one of the party’s top men who spoke to a national newspaper not long ago. He revealed that, indeed, some PDP governors worked against the former Vice President, who was also the party’s candidate in 2019.

“That was what they did in 2019. And that is what they are going to do again in 2023. What they are doing is not new but it is not going to affect the party in any significant way. The difference between then and now is clear.”

For the Igbo speaking governors, they had their reasons for throwing their weight behind President Buhari at the expense of their party’s presidential candidate, former vice president Atiku Abubakar. There was a sizeable chunk of Igbo politicians and their followers who believed President Buhari deserved their support for second term. They argued that the Igbo pitched tents with President Jonathan and humiliated President Buhari in the zone during the 2015 presidential election, stressing that contrary to expectation that President Buhari would retaliate, he rather took Igbo in by undertaking infrastructural projects in the zone.

In his wisdom and magnanimity President Buhari, hearkened to the former and began to address the Igbo’s most pressing needs which bordered mainly on infrastructural development. To this end, he began serious work on the long abandoned second Niger Bridge, the long abandoned Enugu Port Harcourt express way, the Zik’s Mausoleum, Ariaria Aba Independent Power Project, etc. These, among other projects Igbo yearned for over 16 years now and could only be realized under President Muhammadu Buhari.

One of the top Igbo chieftains added that “Buhari had demonstrated his love for the Igbo by picking Dr Chuba Okadigbo and Hon Edwin Umezuoke as running mates during his first two attempts at the presidency.

“Successive military and civilian administrations could not do much to elevate the Igbo spirit as desired and deserved. It only took President Buhari who Igbos rejected at the polls to address some of their key desires abandoned by previous regimes.

“President Buhari’s other national socio-economic and political interventions have also endeared him to well meaning compatriots, hence the tacit support from the governors for President Buhari’s 2″ term as a vehicle of achieving Igbo Presidency come 2023.

“Given that he is steering the ship of the nation aright and believing that the fastest and the best avenue for Igbos to clinch the presidency of Nigeria not in 8 years time but in 4 years time which only President Buhari can offer, we are resolute and unequivocal in our support for this 2nd tenure.” This is why Wike, who had never hidden his desire to run for the presidency, did not work for Atiku. He was also hoping he could get a shot at the presidency come 2023, the same shot that has now been scuttled by Atiku Abubakar.

While the Igbo supported him for providing for them the infrastructures the region had lacked for decades and hoping with their support they could negotiate for an Igbo presidency come 2023, the Oyo State Governor, Seyi Makinde’s  case was different. In his own case, he simply had no choice in the matter. The people of Oyo state made it clear that they were voting PDP for the governorship election, to spite the late former governor Isiaka Ajimobi whom they felt took them for granted, but would vote massively for the APC for the presidential election.

It must also be stated that, for Governor Wike, he has never been a great fan of the former vice President but he has managed to maintain a very cordial relationship with him until things came to a head months ago.