How I Play BIG In Comedy In ONDO State – Popular Comedian, ARKBISHOP 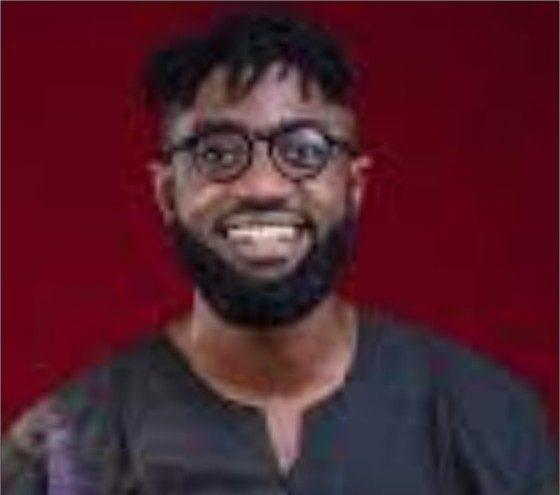 His real name is Akinmolayan Olamide, but he is popularly known as Arkbishop. He is a big brand in entertainment in Ondo State. He is unarguably the No 1 Stand Up Comedian in the state. He is already a household name loved by the majority of fun-seekers. His style of comedy is so unique and this makes him stand out among his contemporaries. The Arkbishop brand has really gone far and wide in the entertainment scene. In fact, he is fast gaining prominence in the southwest. Something interesting about Arkbishop is that aside from him being a Stand Up Comedian of class, he is a filmmaker, a radio presenter and a musician. He is a typical example of an all-around entertainer. The highly creative entertainer is an erudite personality. He graduated from the prestigious Adekunle Ajasin University, Akungba-Akoko in Ondo State where he studied the English Language.

Arkbishop is the brain behind the annual comedy show, Laughmakers which usually attracts eminent personalities in the country such as governors, Members of the Federal House of Representatives, socialites from home and abroad, and captains of industries. Testimonies from the audience reveal how ecstatic they feel about the show and why they long for it immediately December beckons. Running for 7 good years now, the show has always been breath-taking and a worthwhile experience for guests. This year’s edition held on December 19 was so glamorous and classy. It was tagged “My Other Side” as it showcased the other creative dimensions of Arkbishop. The show featured top Nigerian comedians and entertainers like Gbenga Adeyinka, Dr Smile, Baba Alariya, Bash, Osho Short, Dr White Berry, Baba Kamo, Timi, Blackboy, Medolite, Pepper Mouth, St. Mykel, MC Lag, and Mode Coker. Ondo was indeed shut down for maximum entertainment.

In an exclusive chat with City People’s Reporter, JAMIU ABUBAKAR, Arkbishop spoke about his comedy career how he has grown over the years coupled with how he now plays big in the entertainment industry in Ondo State. Read and Enjoy!

How did you come about the stage name; Arkbishop?

I started my stand up comedy when I was in university. Then I was looking for a brand name that’s going to work for me. A friend of mine used to call me ‘pastor’ because I used to mimic some pastors. Then I said using ‘pastor’ cannot work because I can’t be a pastor on stage. And I thought; ‘what if I try Archbishop?’. So I tried the Archbishop. Some of my ‘spirit Koko friends’ were like I shouldn’t use Archbishop because it’s a priestly name. Then I chose Arkbishop, at least that won’t offend anyone. So that’s how I got the name Arkbishop.

For how long have you been in the entertainment industry?

I have been in the industry since 2005. I started in 2004 with the ace presenter, Tayelolu Adeya popularly known as Baba Ondo but it was more of a jester thing. I learnt the art of Stand Up Comedy from Adekunle Ajasin University. That was officially in 2006.

I can say I started Stand Up Comedy in the year 2006 and I learnt from a man called Turaya. He was my senior at the University. He taught me the art of talking and everything I know about Stand Up Comedy was from him.

The Arkbishop brand is up there, how have you been sustaining it over the years?

I think it’s just been God and I am not relenting efforts on what I do. I tend to work more on the brand, over and over without giving up on myself. I don’t stop. Every time I look for something new, something creative to add to the brand. I read a lot. Though I started as a comedian, later I went into commercials. I sing once in a while. Right now I have added another thing to the brand which is filmmaking. Now I double as a film director. My first film Balokun is doing well online. It was released online on Liberal TV. In a few months now, we have had over 500,000 views for a newcomer. I think you get it. At the just concluded Abuja International Film Festival, I was given the best outstanding film for the first time director. It’s something good for the brand. So we are adding every day to what we do.

Tell us about the Laughmakers Comedy show

It’s a yearly thing. This is the 7th edition. We do it every year. When we started, it was free but now we’ve put some bills to it. You know we have to pay a lot and every year it’s been big. We have had former Governors attending, Members of House of Representatives, dignatories from all over the states coming around to support the Arkbishop brand. And what we do there is strictly comedy. Comedy is like 99.9 percent and we add any other thing. But this year’s show revealed a lot about my other side. I showed my other sides on stage. I showed other things I can do aside from the Stand Up Comedy just to make people laugh. I have done a lot of things showing my talent as much as I can do on stage. This thrilled and got my guests excited.

Ever since your University days, you have always been a top-rated comedian. How have you been staying on top all this while?

I think it’s just hard work. I think it’s God’s grace. You know in things that you do, even when you are hardworking and God is not behind you, nothing would be achieved. Things come by and it gives me ways to evolve and learn more. And someone who meets people a lot. Someone that I have met that has changed my life a lot is Gbenga Adeyinka. His Laffmattaz is something that has exposed me to Stand Up Comedy more and more. I have toured the whole of the South West with him. And you know when you go on tour with a big brand like Gbenga Adeyinka, you learn every time. Dr Smile has given me the same platform to perform on his stage. I have been to so many Stand Up Comedy shows. So I learn every time I have opportunities to learn about things I do and how to do it. So when I go out there, I learn something new, I bring it down here and I re-enact it and people come to love it. That informs people’s decisions about me. When it comes to entertainment, you see people seeking my opinion on how best to go about things. Honesty is another thing. I think to the best of my opinion, I’m very honest. That is why people rely on my brand. I’m straightforward; I tell people my mind the way it should be. People rely on my brand that I’m not going to mess them up when they want to trust me.

What inspires your unique brand of comedy?

Yes, I’m what you call an indigenous comedian. I mix my dialect with my style of comedy. Like I told you earlier, I started with Baba Ondo. So in our comedy, we speak a lot of Ondo dialect. When I started learning from Turaya in Akungba, I felt I needed to give people my experience of life. How can I talk about Ondo people and will not talk about the dialect? So that’s why I infuse my dialect into the Stand Up Comedy I do. I relate with my environment. Warri people will always talk about Warri. Lagosians will talk about Lagos. So why don’t I tell people about Ondo; that they need to know what is happening in Ondo town. Some people don’t even know there is one place called Ondo town. So I need to preach my town to the world through my dialect. I have a very sweet dialect, you mix it with some English to tell some tales around you and where you live. And people tend to love it.

Many lovers of entertainment say Arkbishop is the number 1 comedian in Ondo state. How do you react to this?

Well, I won’t like to blow my own trumpet but that’s what I hear. People say that Arkbishop is number 1. But if they say so, It’s Vox Populi, Vox Dei.

How I Play BIG In Comedy In ONDO State – Popular Comedian, ARKBISHOP was last modified: January 6th, 2022 by Jamiu Abubakar