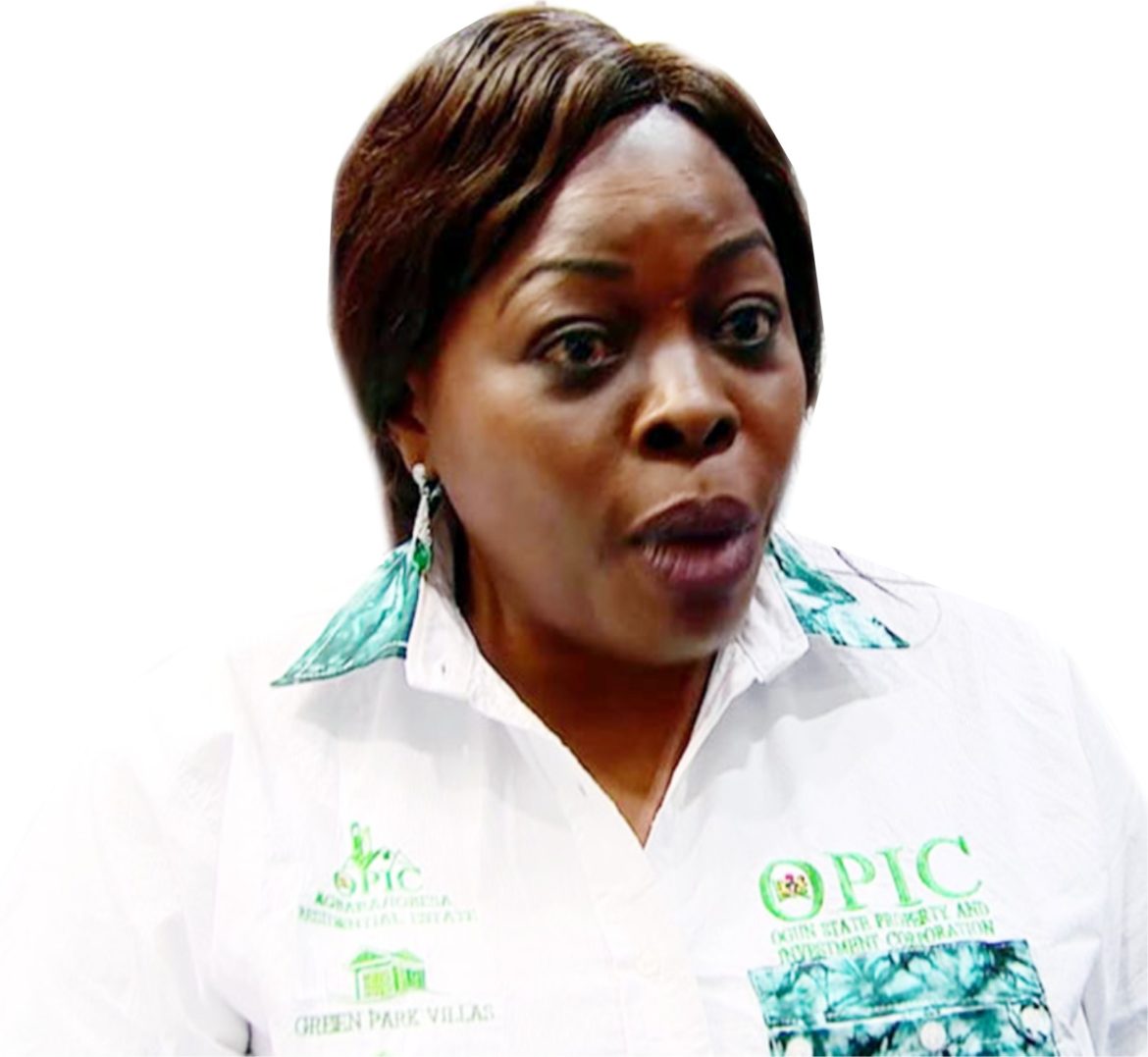 The Managaging Director (MD) of the Ogun State Property and Investment Corporation (OPIC), Mrs. Ibiyemi Adesoye, is the first female boss of OPIC since the housing corporation was created thirty years ago. Earlier, she had been the Head of Marketing of the Corporation, and is surely one of the Nigeria’s pride in the marketing world. An epitome of brain and beauty, she continues to dazzle and wow with her sterling performances.

Ibiyemi’s catalogue of achievements at OPIC cannot be overemphasized. She is an experienced, commercially-minded executive. Those who have worked with Ibiyemi describe her as extremely intelligent, very skilled and an asset to any organisation, where she works. She is known for deep knowledge in marketing strategy, planning and implementation of policy. The LASU alumna is a down-to-earth person who is widely recognised for her compassionate gestures. A woman of high taste for fashion and air of panache. Aside being one of the top personnel at OPIC; her track records at the Agbara operations within a short period was a spetacular performance. It was also magical. At the agency’s Agbara, Ogun State operations, she deployed her deep knowledge of marketing and years of experience to good use and turned it in to a gold mine.  Today, she has raised the level of acceptance of the brand called OPIC.

In one of her recent interviews she said, “I am pleased that OPIC clocked 35 years, and right at the inception of this new government, it has been a sign of new prosperous beginning in the excellent history of OPIC. I would say it’s been worth the while. OPIC was established to function as a public-private enterprise. Even though we are a government agency, we reason like the private sector people. We are to act like the private sector people, although guided by the public service rules and all that. We have the autonomy to invest in real estate; we have the autonomy to be Developers, to be Architects, Accountants, Engineers, Town Planners and the likes. It’s been professionalism and competence all the way. I want to give kudos to our founding fathers, like General Dipo Diya, who was the person that saw the vision to create OPIC.

Speaking on how she rose to the managing director level, she said: “Well, like I said earlier, it is the Lord’s doing. I want to believe that it’s coming at a time when the governor is celebrating his 100 days in office. I believe that everything has been divinely orchestrated. I don’t have a take on that, other than to say that it is a divine appointment and I give all glory to God. OPIC is strategically positioned, ready and willing to be the catalyst for the implementation and actualisation of the Housing Initiatives and Programmes of the amiable Governor of Ogun State. To this end, OPIC has proposed 500 units of Affordable Medium and Low Cost Housing Units in the 2020 fiscal year to be spread across the 3 Senatorial Districts as our contribution to the Social Housing Scheme for Ogun State Citizenry. With the kind approval of His Excellency, the Template and Wherewithal to make this happen are available.

Ibiyemi is from a humble background, according to her: “In those days, we had the average Nigerian families. I belonged to that average Nigerian family. Not poor, not rich. My dad was working with the UAC of Nigeria. He was moved here and there on transfer. My mum was a permanent housewife, who was readily there, taking full care of us. I remember growing up, when coming back from school, we always looked forward to lunch, because it would be new soup, new food. We never ate stale soup. Everyday’s food was fresh. My mum was always there taking care of the home front, while dad was out there making money and working so hard to meet our needs. I was born in Lagos, Mushin precisely. We moved to Ibadan and then to Benin City. I remember I attended the Sacred Heart’s Primary School in Benin City, and then we came back to Ibadan. I later got admission into Federal Government Girls College Akure, after which I went to Ogun State Polytechnic, now Moshood Abiola Polytechnic, Abeokuta, to study Mass Communication. After that, I went to LASU for an MBA in International Business Management.