How JIMI AGBAJE & I Plan To Defeat The APC In LAGOS 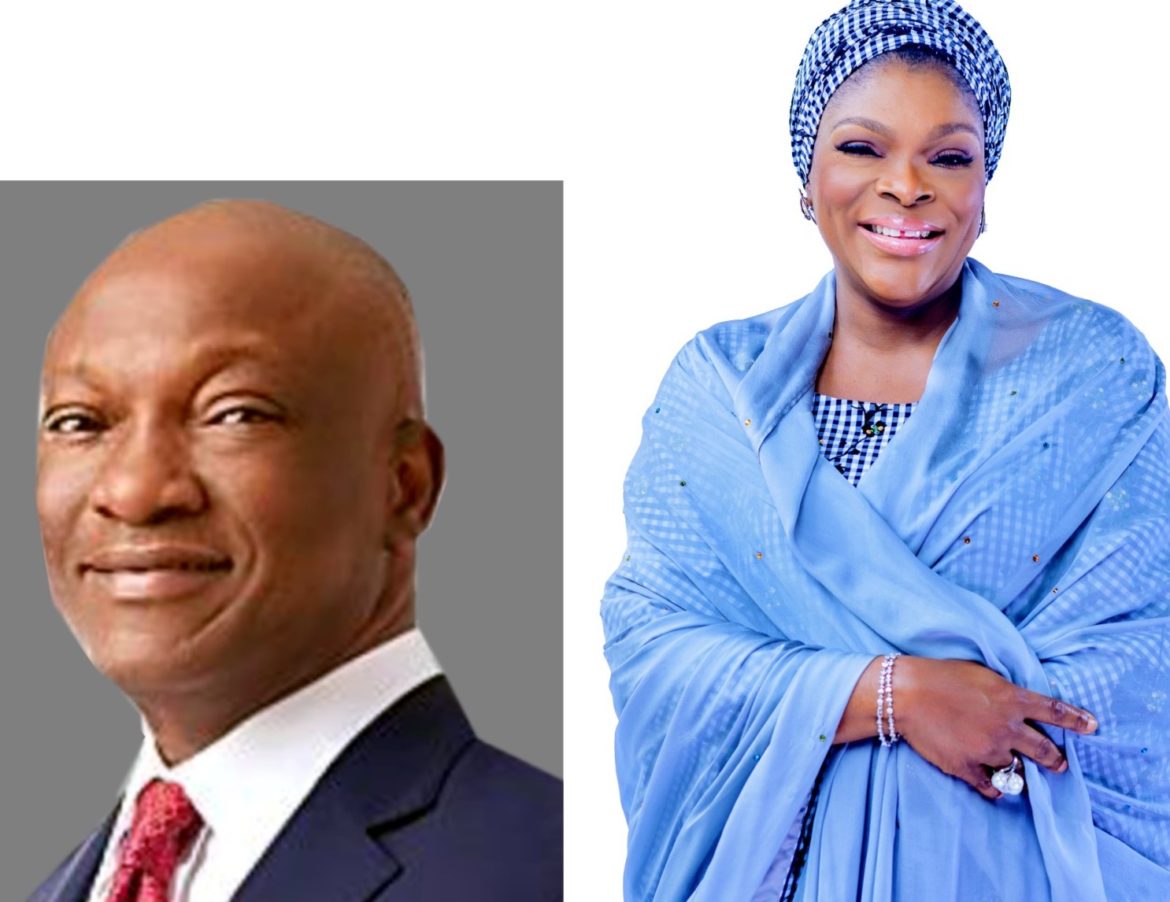 Mrs. Yemisi Busari is the running mate to Lagos PDP governorship candidate, Mr. Jimi Agbaje. Until she accepted to run with Agbaje a few weeks back, she was enjoying the comfort of her corporate world. But she has taken up the big challenge to join Jimi Agbaje to defeat the APC in Lagos a few weeks from now. She hardly grants interviews. But she decided to talk to City People about her new assignment and why their joint ticket is a strong one.

This is her 1st major interview since she took up the offer as running mate. She spoke to City People Magazine Publisher, SEYE KEHINDE last Thursday at her Ikoyi office. She revealed a lot.

You have always been a corporate woman, why did you join politics?

I decided to take on the role of being the running mate to Mr. Jimi Agbaje, the PDP governorship candidate for Lagos State because I see it as a Call to Service.

I have been in the corporate world for over 30 years. With due respect, I dare say I have done a good job of doing what I know how to do best. However, when this opportunity came, for me to come into the public space, I saw it as an opportunity to use all that I have learnt over the years to impact Lagosians, positively, and to assist working with my principal, to bring succour to the lives of Lagosians.

What went through your mind at the time you took that decision to accept the offer to go into politics?

I must say to you that a couple of thoughts crossed my mind. Initially, when the opportunity was first mentioned to me, I thought. How? Where is this coming from? But I took time to think about it. When the opportunity was presented to me, I requested for them to give me time to think about it. And so as I continued to think about it and I prayed about it, and I asked God to give me direction, it became clearer to me, and some of the concerns that I felt initially, I was able to ask myself these questions and debated it, in my head and give myself answers. And I said to myself, this is like any other thing you’ve done before. It is about putting all that is in you to bear, to achieve results. And this is something that I think I have done well, in the last couple of years. So, coming into a public space is not that much different from working in the private sector because really it’s about work. It’s about being convinced and telling yourself that you can do this. Work is work. What is different in the environment? And if you, as a person has said to yourself, that you are going to make this work, then you will impact the environment. That is what I plan to do.

Over the years, did it ever cross your mind that at some point in your career you would go into politics or that you will be asked to seek elective office?

We are all politicians. Infact, every individual is a political animal. There is politics everywhere, even at home, even in the work place. But if you want to know what my reaction is to politics, I will say because we all live in this society, it makes sense for you to be aware of what is going on around you. And as for me, I have always followed happenings around me, both locally and internationally, and one is able to see things clearly.

And so, when this opportunity came, initially I thought to myself, you need to think about this property. Because truth be told, when you come into public service, you open up yourself. And there are a lot of sacrifices that you would need to make, as opposed to when you are in your private little corner and doing your own thing. It is something that you will need to think through properly, and come to terms with it, within yourself. I did that and I think I am happy and comfortable to be playing the role I have been asked to play.

How did you find the offer of working with Mr. Jimi Agbaje? Both of you have similar backgrounds, coming from the corporate world?

Governance is about influencing. And these are the things I have done in the last 30 years, in all the roles which I have held and the same things go for my principal, Mr. Jimi Agbaje. So, what you are about to see is the combined experience of both of us, which will be brought to bear on governance in Lagos State.

Was it the case that you and Mr. Jimi Agbaje had worked together, before now? How easy was it for both of you, to work together?

That is a very interesting question. Before now, I had never met Jimi Agbaje before. Never, ever. I was invited. They reached out to me through mutual friends and they thought it would be nice for both of us to work together. And I agreed. Later we met. We discussed and I found out so many things about him. Number 1, he is a Gentleman, Number 2, he has brilliant ideas that I felt could help turn Lagos around. Number 3, I also realized that he is passionate about Lagos. He respects the people of Lagos. And I thought if he has all these credentials, and capabilities and he has asked me to join my own credentials with his own, why not?

What stops me from running with him? And together do this, turn Lagos around. I will do it. And that’s why I am here.

(To Be Continued Next Week. Part 2 is about their plans for Lagos State).

READ ALSO: WHY I ACCEPTED TO BE JIMI AGBAJE’S RUNNING MATE

How JIMI AGBAJE & I Plan To Defeat The APC In LAGOS was last modified: January 21st, 2019 by Seye Kehinde