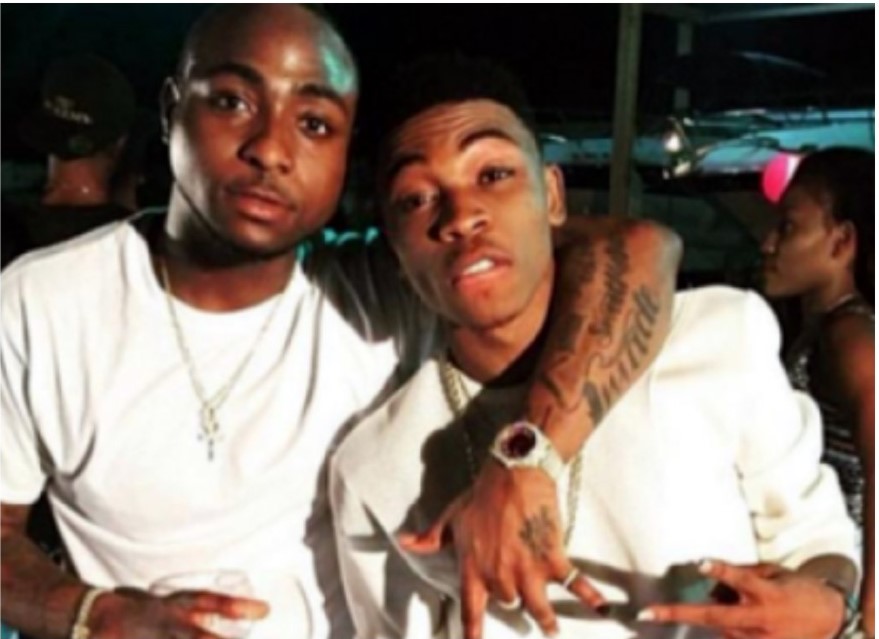 Everyone calls him Mayorkun. That is his stage name. But his real name is Adewale Mayowa  Emmanuel.  He is a singer , songwriter and  pianist who was discovered on twitter by Davido after he posted a cover of one of Davido’s songs . He was later signed to DMW in 2016 and released his first single Eleko which brought him to limelight and created his fan base. He recently dropped and album titled Mayor of Lagos, which is doing very well in the market . In this interview with City People Entertainment reporter, PRECIOUS POMAA, he talked about how meeting Davido changed his life for good and how he started he started his music career.

2018 was really a favorable year for you, how do you feel about this?

I think it is just God’s grace , hard work and love from my fans. To be honest, nothing special.

What really inspires your music?

Everything inspires me, the things around inspire me, like the noise inside here, I bet I can make a verse from it.

How did you get inspiration to write Red Handed?

Well, sometimes I make music for fun. When we were recording Red Handed we already had the concert in our head. We all followed the plan we had in our head.  I don t think too deep for the sake of commerciality but, yeah, I think deep but only when I decide to get too serious.

What should your fans be expecting from you?

I would say, yeah, because especially when we are in the time of body of works, nobody does that type of album but the reception I have gotten even from the people that say bad stuffs about my music have really appreciated it.

Well, I’ve been doing music since I was 11, not professionally though but I’ve been singing since then. I sing in the church choir, morning devotions, write songs in the bathroom. But I started professionally in 2013, not with my own song, though. I have featured in many of my friends’ songs in my class back then.

How did you know music was what would will pay you?

I already knew beforehand but I told my mum and she was of the opinion that I should finish school first and get a job, so I can use the cash I get from the job to push my music.

You always about your mum the actress, how supportive has she been so far?

To be honest, it’s not the way people think. People think if your parents are entertainers, they will obviously support the fact that you want to be an entertainer too. But my mum wasn’t like that. She was like “this entertainment business, you can’t be on top forever”. Her point was that I should just finish school, get a job and any money I make, I should use it to push my music. Then if God forbid, something happens, I would have something to fall back on.

You really don’t talk about dad the way you talk about your mom , why is that?

I think every child doesn’t talk about their dad the way they talk about their mom. Even before I had any sense, I have always had the impression that mothers are the role model for family planning. Of course, our dads do the most in the family but there is just this connection between the mother and kids. I talk to my Dad as much as I talk to my Mum.

Who are the artistes you look up to in the industry?

How did you get signed onto DMW?

I was working in the bank then. I posted a 15 seconds video of myself playing the keyboard to Davido’s “The Money” featuring Olamide and I said “@iam_Davido, please help me”. I just posted it and wasn’t really looking for anything. I got home and noticed that he had followed me and sent me a DM, said I should send some songs, so I sent some songs I had recorded way back. I told him they were poorly recorded but he said he liked them and when he got back from his trip, we signed the deal.

How did you feel when he signed the deal?

Following me on twitter was one happiness, coming back to sign the deal was the amazing one. Davido changed my life for good and I’ll always be grateful to him, because he took me in as his own and molded me well.

How did you feel when your first single brought you to limelight  “Eleko”?

Really, I didn’t plan for it. Even when I got signed by Davido, I envisaged I would be where I am now in about 2 years. The whole thing just came upon me quick. We didn’t plan for it, it just hit me once, but we are enjoying it. (Laughs)

What are the challenges you’ve faced as an artiste?

Before this time it was the finance , how to get to the top and people accepting your sound but right now ,I cannot go to some places I’m really used to, had to move to the island where they say everything in Lagos happens. (laughs) Everywhere I go, people seem to ask for money not even knowing what I have or what not. Based on the music side, I’ll say it’s been the pressure to stay at the top of my game and do better with every release. But then everything has been falling in place

How do you cope with the fem ale fans ?

To be honest, I like girls (laughs). But from this my present angle, I like keeping my fans my fans. If I want something else, I’ll be the one to tell you that. So I’m just keeping it professional.

On negative social media comments: As a human being, not everyone can like you. Everyone has their opinion. I’m always open to constructive criticism. Negative comments you said, most times I just try to digest what the person says about me, if there’s an atom of truth in it, I try to take correction but if it’s a hater coming up with

Are you in any relationship ?

To be honest, No. There is no one right now and I don’t think I’m looking to pick anyone right now.

In few years from now where do you see yourself?

What do you have to say to the upcoming artiste ?

All I’ll say is keep doing what you’re doing because you don’t know when and where that opportunity will come. When I did my video, I just posted it for fun. There was a time the video was just on my phone and I wanted to delete it because it was taking space. So just keep doing.