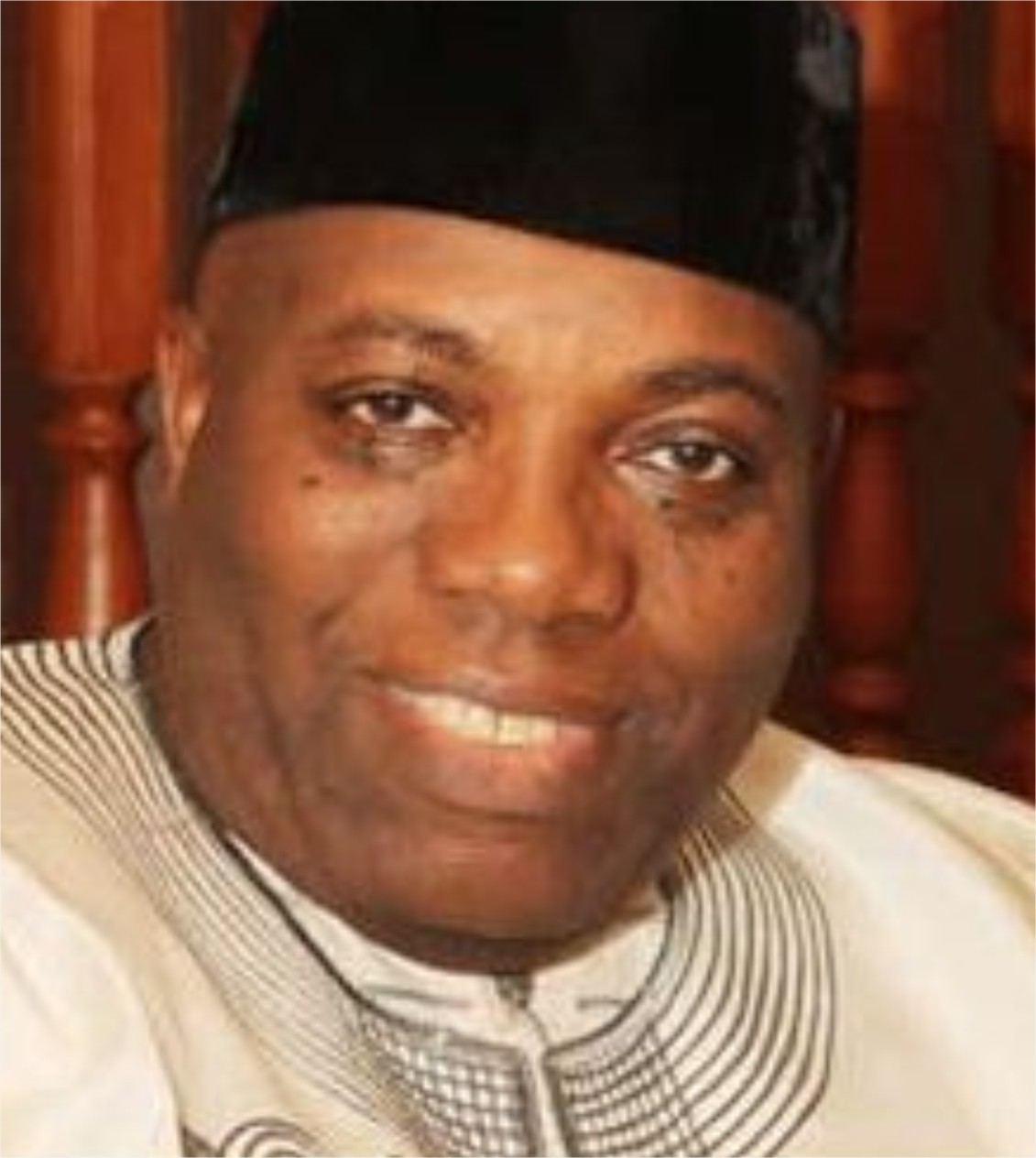 Top politician and elder statesman, Doyin Okupe recently turned 70 and had a fabulous star-studded birthday and book launch. His book mirrors his life-learned lessons and challenges from his cradle and his passion and intentions for his country. He recently shared more reflections about his life and how his father Chief Mathew Adekoya Okupe-Agbonmagbe (1898-1984) influenced his religious and moral path to shape his life. Read excerpts.

My father was very kind-hearted and generous, and one of his most outstanding features is that my father can forgive any wrongdoing, he can forgive anything. And he insisted that I must be like that. Then he gave me examples of why I must forgive. He said that all human beings are interconnected and that if you are hurting somebody, you are hurting yourself. Yu you should let go when someone hurt you so you can free your own soul and spirit.

If I was dressed to go to a wedding and I put on a white Itire, and a one-year-old rushed up to me to hug me and stained my clothes, what would I do? I said I will forgive the child and let it go because I know the child is only being a child. He now asked if it were to be an elderly person who stained my cloth in that manner what would I do? I told him I will deal with the person because he or she should be able to recognise their action.

He said I should see anybody who wronged me as that one-year-old child, and let it go. I have been so forgiving ever since. Another thing I learned from my dad is that he’s one of the strongest men of faith of his time. He believes absolutely in God.

One day from the Freemason’s lounge, I went to say hello to my dad. And I was still wearing my apparel.

So he saw me and asked, oh, isn’t this the freemason’s attire, and I said yes. He just smiled.

Later before I left, he went to his room and brought out his bible and said, “This is the secret of all truth”. He said there is no secret society from Lagos to Ilorin that existed, even across Yoruba land and Nupe that he was never part of. He told me to keep the bible close to my heart.

Again, some time ago while I was staying with my dad, my mother and my brothers were not with us. I was just outside and after about an hour, I said let me go and say hello to my dad. When I got there I saw three men sitting with him, they were discussing some seemingly important matter. I prostrated and greeted my dad and his friends and left.

But I was wondering how did they get in. I was outside all the while and no one came in through the entrance. So I went back outside and waited at the only exit point that these men can only take whenever they are leaving. I stayed out there for hours and didn’t see them.

So I went back in again. This time, I saw only my dad, and so I asked, “daddy, where are your guests?. He said they have gone.

I said that’s not possible because I have been outside all the while waiting to see them come outside from this door, but they never came out.

My dad laughed. He said they came from Minna, I am telling you, I saw it live. They just appeared and disappeared. That is the man that has gone through all that and now came back to tell me that the bible is the only truth. I took it seriously.

He believed there was nothing God cannot do. And believed it like a child. My father was a very rich person, but I was a core Ijebu man. If you give my dad 300 pounds, he will ask someone to go and deposit the money. If he had deposited it, a need now arises, he’s not going to withdraw from that money. He will wait for another money to come, and then he will tell you to take from the money and go and deposit whatever is left.

Whenever he needs money, he will write it on the wall, he will put his mind and before you knew it, he will get it. Sometime he will just get the exact money.

I will tell you one instance when I came back from Igbobi College one day for the holiday, I noticed e was moody, I asked what was the problem and he said some people are coming to collect some money from him and he doesn’t have it. He said but he’s going to get the money before sundown. So we sat down and we started chatting. I remembered he mentioned that the money was thirty thousand

Around evening, one young man just walked through the gate and started prostrating from the entrance to greet my dad. Someone he’s known for a while. The man explained how he was transferred from the state. He came with a bag of money to deposit for a piece of land in Ikate. My dad gave the money to me to keep in the room, when I got there I counted it and it was thirty thousand. So he inculcated that principle in me.

I was young and about 13 or 14 years, and I will go to Marina. I will just be walking and will say, God, if you truly can hear me, let this man in front of me turn back, and he will turn back.

Sometimes, I will say, If you want to show me you are God, as I leave this man here today, I want to come back next time and see this man here at the same spot. And shockingly I will see him on my next outing.

So I have built my faith under my father’s tutelage from age of 12,13, and 14. Years that time. I have tested God and that is what has actually kept me alive. There’s nothing that I cannot overcome.

I have been testing my faith since I was a young teenager. My dad told me if you are looking for something, just picture it before you and believe you will get it. I learned so much about life, religion, culture and many things from him.

When he died and I cried, why I cred what because I have missed my friend and tutor. He died in 1986. He was about 86 years too.

Can you tell us about Agbonmagbe bank and how your dad set it up?

So one day someone just advised him, “Baba the whole house is filled with books, why don’t you just normalise this thing and regularise it as a bank. And he has enough capital. That is how he started. He had a branch in Zaria, he had a branch in Ago Iwoye, he had in Shagamu, Mushin, Ebute Meta, and Ifo, about 8 branches before the WEMA board took it up.

But basically, he started as a money lender. Then he just went to that level to formalise what he was doing. He was lending money to traders; tho who were buying cocoa, timber, and big term traders. Those were his main clients. Once they got the license, the rest was easy.

How did he come up with Agbon magbe?

Agbon magbe is my family name, that’s the name with which we built a royal family in Iperu; Agbonmagbe ruling house.

It sounds funny, it sounds like an appellation but it is our real name. Okupe is the name of my grandfather who was an Oba. In those days you don’t bear the same name as the king. They will rather call you Oloruko Oba (One who bears the king’s name) rather than call you the name directly. If Obe is Olanipekun, nobody in that town will ever call anyone Olanipekun. You cannot be calling the name of royalty like that.

So my grandfather’s children were bearing their own first names, and most of them didn’t go to school. It was my grandmother that took her own son to school. And she put down Matthew Adekoya Okupe. That is how the name came about, but really our surname is Agbonmagbe, but Okupe is the name of our grandfather who was an Oba. And you will notice that there’s no other Okupe because it’s been shortened. The real name is Okoosipe, but in Remo, the language usually subsists the S and I, and it will be pronounced Okoope. Meaning that “the title has consoled me”. When we write it down, we just put Okupe.

READ ALSO: HOW ALAKE GAVE ME THE BOBAGUNWA OF EGBALAND TITLE

After 5 Yrs Separation, My Hubby Wants Me Back…