How My Ex-Girlfriend Taught Me How To Speak English – Alujo Gospel Singer, LAOLU GBENJO 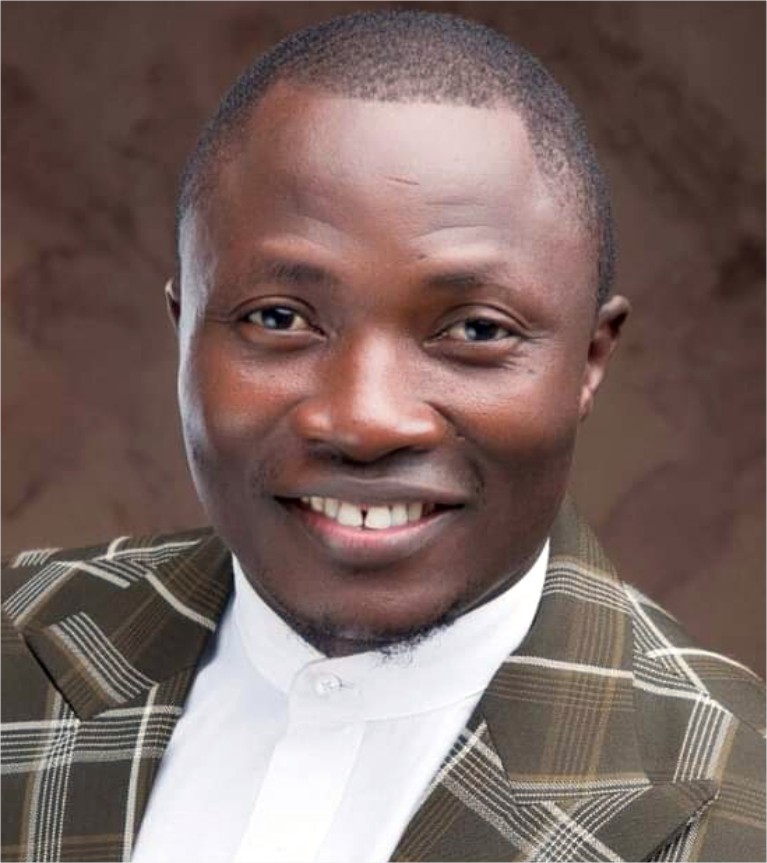 Laolu Gbenjo has revolutionised Gospel music, with his funky brand called Alujo gospel, which is currently rocking the social scene today. His music cuts across age barriers, as both the young and the elderly get excited whenever Gbenjo and his LG Alujo band come on stage. They already know it would be a fun extravaganza as the band is always energetic and trendy in their performance. Audiences usually learn new dance steps from them.

Gbenjo is a typical village boy who migrated from his hometown in Ogbomoso to Lagos for a better life. At his early stage of staying in the city aquatic splendour was a bit challenging but he scaled through to come this good. His command of the English language is also commendable.

During an exclusive interview session with the Publisher of City People Magazine, DR. SEYE KEHINDE and his staff, Gbenjo narrated his experience of life in Lagos and how he was able to amend the city life. He also spoke about how his ex-girlfriend taught him how to speak good English. Below are the excerpts:

When did you discover your musical talent?

I was never born a singer. My father was a pastor in CAC. I come from a family of 5. Everybody in my family used to sing but today they no longer sing. So I came from Ogbomoso to Lagos in 1997/98. Then I could not speak English. I was not exposed to any song or any artist. I did not know anybody. I don’t know any contemporary music. People used to joke that I don’t know how to sing and that I don’t have a voice. Then I prayed to God that people would laugh at me because I don’t know how to sing. God! Teach me how to sing. So somehow, I started singing. So I won’t say I was born a singer.

When you came to Lagos, who did you stay with?

I stayed with my parents at Okokomaiko. Though I was born in Lagos, I grew up with my grandmother in Ogbomoso. I did my primary and secondary education in Ogbomosho. I went to a school where we were taught English in the Yoruba language. At the end of the class, the teacher would have to summarize the whole lesson he taught in English before he leaves the class.

(Laughed!) It was funny now. It was Oke Elerin Primary School in Apake. We were taught English with Yoruba. It was a funny experience. I still remember the day when our CRK teacher wrote the word “Paradise” on the board and asked us to pronounce it. We called it Paradise in Yoruba and she beat the hell out of us. But it’s still the same spelling but pronounced differently.

How did you then improve your English?

I had to mingle with people. I remember I had a girlfriend then that was teaching me how to speak English.

How were you able to cope with life in Lagos?

It was crazy. It was funny. Everybody was always coming around me. I had a very strong Yoruba accent.

Back to your music, how long does it take you and your band to rehearse for an event?

It’s my passion. I always tell people, when you know your area of strength, my area of strength is Alujo; making people dance. So I just flow easily with it. There’s no really big preparation for it. With my guys, I can say there’s no really big preparation because we’ve become family. If you have any idea, to run with that idea is so simple because there’s a team spirit.

Does that mean you don’t take special choreography lessons for those dance movements?

When you were coming into music, who were the musicians you looked up to?

For church music, it was Gbenga Adenuga and Sammy Okposo.

Aside from church music influences, are there any circular musicians who have greatly influenced you?

What of those in the Juju sector?

What would be your advice to the youths outside there that aspire to be like Laolu Gbenjo?

Number one; know your strength and when you know your strength, hold it very tight. Be the best at what you do. Don’t confuse people with your brand. When you mention Laolu Gbenjo, there is a picture that comes to mind; he’s a guy with the energy you know with two ladies dancing with him on stage. When you mention any other artist, there is a picture that comes. So don’t confuse people, be specific. Lastly, don’t leave out the God factor. I remember when the lockdown started, I prayed and fasted for about 2 weeks. I was very broke. In fact I came into the lockdown with less than N200,000. I had to pray to God that Father I don’t want to come out of this lockdown the same person. The God factor is very important. There’s no shortcut to that for me. It’s only God, then hard work.

READ ALSO: HOW I HAVE FOUND MY JOB AS LAGOS COMMISSIONER – CP ABIODUN ALABI

How My Ex-Girlfriend Taught Me How To Speak English – Alujo Gospel Singer, LAOLU GBENJO was last modified: May 11th, 2022 by City People

Our Clients Now Get Their Land Within 48 Hours – RevolutionPlus, E.D. TOLULOPE ONALAJA