Home News How My Mum Helped Me Get Into Acting
News

How My Mum Helped Me Get Into Acting 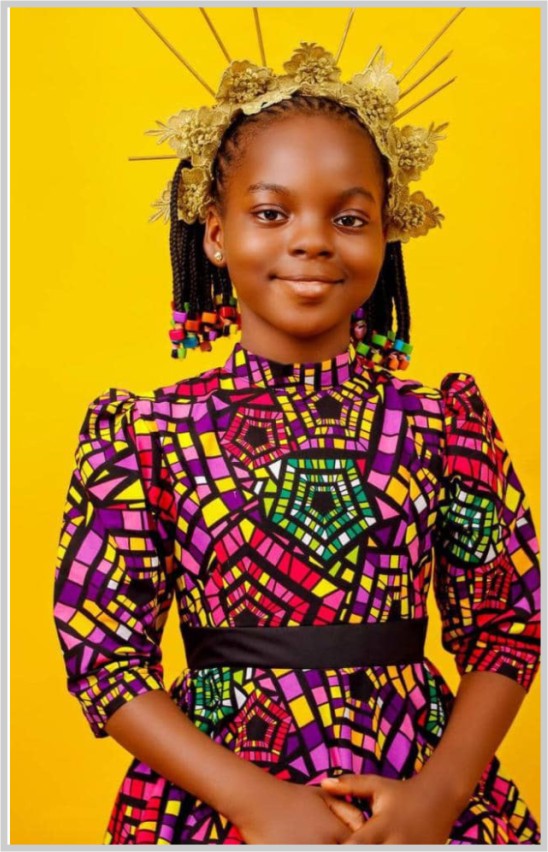 Darasimi Nadi is a fast-rising Nollywood kid actress and television personality. She is famous for her award-winning performance in the movie, ‘Obaram’ alongside popular actress, Nancy Isime.

She is creative and talented in acting. Interprets her roles well and can fit into any character given her by Movie Directors and Producers.

She began her acting career 3 years ago at the age of 9 when she was a cast in the movie “One Night, One Chance” produced by her mum, Mimi Hagga.

Movies Darasimi has featured in include; ‘Africa Magic Dilemma’, ‘Africa Magic Convenant’, ‘Obaram’, ‘Catch 22’, ‘Insecure’, ‘On The Edge’, ‘Blank Space’, ‘Something Special’, ‘Farmhouse’, Pretty ones are the ‘Loneliest’, and many more.

Apart from being an actress, Darasimi has also featured in T.V commercials, advertising for big brands such as; Golden Morn, Jik, Golden Penny and Maggi.

She also does comedy skits which she posts almost daily on her TikTok and Instagram accounts.

In an exclusive interview with City People’s IRETIOGO OLOYEDE, she revealed how her mom helped her ambition as an actress.

Why did you decide to be an actress?

It’s my passion. Acting is something I have always wanted to venture into. Everytime a different role comes my way, I have the opportunity to become someone else for a moment and feel what they feel. I always have lots of fun whenever I act and I feel fulfilled.

How has your mom being a movie producer helped you in getting roles?

I am also into T.V commercials and advertisements. I have advertised for big brands like: Jik, Golden Morn, Golden Penny and Maggi.

I also do comedy skits on TikTok and I intend to do more collaborations with other big bands.

How have you been able to cope with school and work?

My mom has a back-up plan for that. I also have a lesson teacher who is also a teacher in my school, Janet and John Secondary School. He also has friends that are teachers, so they teach and put me through anything I need during test and exams.

How is your relationship with other kids in your class?

It’s just normal except the fact that when they watched the movie, ‘Obaram’, they were like, Darasimi, how dare you? You poisoned someone, you did this, you did that?

How did you feel when they said all that?

Indifferent, I was just like oh, wow, really, thanks.

Can you talk about your comedy videos on TikTok and Instagram?

My mum didn’t believe I could act, so a producer/director saw me and told my mom he wanted to work with me. My mum said “take, work with her, do anything”. So when I worked with the director, I met an actor on set, I told him it would be really nice if we did a comedy show and then he was like “oh nice”. I got his contact on Instagram and chatted him up on WhatsApp, so, that was how we started.

How do you feel whenever you are the youngest on set?

I don’t feel different, everyone is there to work and make money, that’s all.

You attended the AFRIMA 2022, how was the experience?

Everyone was just like my classmates, they were all saying “ wow, you are such a star, Obaram baby, this one, that one.”

What advise do you have for upcoming actors like you?

I don’t even know what to say, but everyone feels because Darasimi acts, they can also act, but if you are not supposed to act and you are supposed to be an engineer, that’s what you will be.

Where would you like to see yourself in the next five years?

I haven’t really thought about that so I don’t know.

How My Mum Helped Me Get Into Acting was last modified: November 22nd, 2022 by Reporter