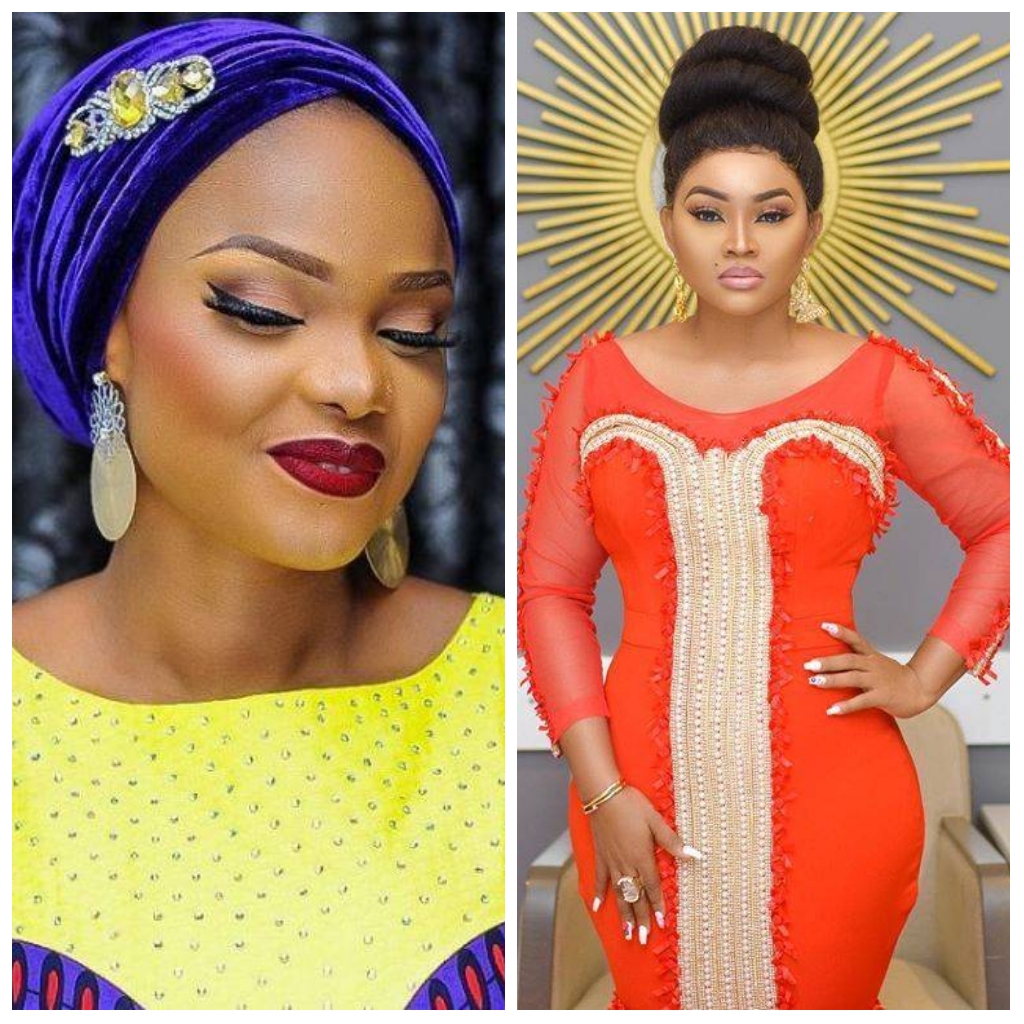 Star actresses, Iyabo Ojo and Mercy Aigbe are rated among the big names in the movie industry. They command a lot of respect in the industry with millions of followers on social media. These two super stars are both successful and have a lot of endorsement deals from numerous brands and companies.

Beside this, they both have a thing for fashion, they always make fashion statement at events and parties. They are rated among the most stylish Nollywood stars in the entertainment industry.

Take it or leave it, these two gorgeous ladies have a lot of things in common and at a point, they both maintain a very cordial relationship, but along the line, they started having issues and their fans didn’t make things easy between them. Also many blogs reported their rifts was based on jealousy and rivalry and many were of the opinion that Mercy Aigbe always tends to compete with Iyabo Ojo in everything and also made it obvious.

The whole rift became more pronounced when Iyabo Ojo celebrated her birthday in 2020 and Mercy refused to send a birthday shout out to her, but Iyabo Ojo took many by surprise and celebrated Mercy on her birthday 1st January 2021.

Many fans quickly supported Mercy Aigbe’s action and were of the opinion that Iyabo Ojo ignored Mercy’s message when she lost her mum, and that was why she ignored Iyabo Ojo on her birthday.

The movie stars started avoiding each other and rarely made appearances on same occasions and when they did, they avoided each other and often throws shades on Instagram at one another.

Few months ago, Mercy Aigbe was gifted a Range Rover by an online vendor a month after her birthday. And her colleagues took to the Instagram to congratulate her, but Iyabo Ojo shared a message on Instagram to prove all wasn’t well between the both of them.

According to her “nothing beats being yourself, there is nothing more toxic and stressful than trying to compete honestly, it is getting old”.

Despite all these, many close to Iyabo Ojo knows she is one actress blessed with a very soft heart and cares a great deal about people around her, but once you are disloyal to her, she cuts ties with you.

And also to prove that their rift wasn’t anything extra ordinary, all the while, they had issues and fans contributed immensely to the rift, they still maintain the cordial relationship with their daughters.

Priscilia and Michelle remained good friends and Priscilia never stopped celebrating Mercy Aigbe on her page and Iyabo Ojo does same to Michelle, so with this many knew whatever that was happening between them was just a mare misunderstanding that will be sorted in due time.

Though it went viral that these two Nollywood’s finest settled on Toyin Lawani’s wedding and star actress, Toyin Abraham took to her Instagram page and shared a picture with two of them smiling together in a picture they took at the party with a caption “yes, I did it, love you both”. And many fans have been happy about the new development between these two.

It was revealed that Iyabo Ojo has long ago forgotten about the rift between them, most especially during the Baba Ijesha rape saga, when many of her colleagues kept quiet about the issue, some even supporting Baba Ijesha. Mercy Aigbe was among the very few that lend her voice and spoke against girl child molestation, she even went as far as sharing things on her page. According to her “I am beyond livid, justice must be served.  Baba Ijesha must be brought to book! Oloriburuku, mashanfani, alayebaje”.

In another post, she shared “I just got off the phone with Princess and I am even more upset…may God punish all those supporting Ijesha, may you all not see anything good in your miserable lives. Whether you all like it or not justice will prevail”.

All these show of support from Mercy Aigbe to the innocent girl melted Iyabo’s heart.

At the party when Toyin spoke to the both of them to reconcile, they both didn’t have any grudges against each other and didn’t see reasons why they shouldn’t settle. Though, few days after their reconciliation, a lot of blogs have also reported that their settlement is fake and also that they are not following each other on Instagram, forgetting the fact that not all celebrities are following each other on Instagram.

And these two actresses in question are mothers to two children each and their girls are even friends, they are both successful, influential and highly connected in society, so they don’t have reasons to be enemies forever.

READ ALSO: BLOOD EVERY WHERE!!