How The NORTH Plans To Choose The Next President 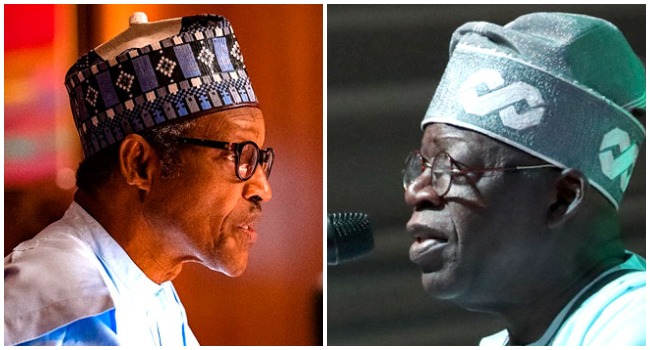 Do you know that it is the North that will determine the next Nigerian President, come 2023?

That is what some political analysts say. And increasingly, more and more political observers are saying so. That is why as we move close to elections, despite North-South conventional agreement for power rotation, there have been reports that the northern bloc is only planning to consolidate themselves in power.

Since independence, the zoning system has remained the unwritten machinery that has allowed for power rotation in Nigeria, although the idea has been keenly contested by some pundits who place meritocracy above political balance.

Zoning was first introduced into the Nigerian political lexicon by the National Party of Nigeria in the Second Republic and has since remained a constant precondition during permutation and negotiation of candidacy to garner support from all the zones during elections. Today, politicians have accepted zoning as a very good strategy that will give everybody in Nigeria a sense of belonging. Those who are able to get the position to their side will be satisfied and acknowledged and for those who have yet to get it, they are assured that they will get it when the time comes.

In the scheme of things, however, trust is the key element in the negotiation power rotation. The reneging region at the negotiating table would prefer a choice that they can trust. Another set of cabal from the north are of the opinion that in factoring the 2023 equations, parties should be guided by the National interest to input the following factors: Youthfulness, courage, security, diversity, clear records in successfully managing diversity which is where most post-Independence leaders of Nigeria have failed. If in doing this, the perfect match in these qualities came from the North, we should not stall development in the name of zoning.

The 2015 power take-over by the All Progressive Congress saw a formidable bond between the power blocks from the north and the south. The aspirants from the south had to give in for the northern aspirants to contest for the party candidacy with the understanding that power will shift to the south after a successful two terms. The primary election was held with the likes of Mohammadu Buhari, Atiku Abubakar, and Rabiu Musa Kwankwaso contesting. Buhari emerged the candidate and the two other aspirants would later decamp to the opposition party.

With the political scheming ahead 2023, it is clear that the northern bloc are not ready to sheepishly surrender power without sealing their interest. In the bid to remain in power, even after giving up presidency. The North, according to political analysts will have to settle for a candidate that will be decisively flexible and be sensitive to the collective interest of the north. Any candidate that should emerge from the ruling All Progressive Congress, must be ready to do the bidding of the northerners and must be ready to either conserve the existing concentration of administrative allocation in the north. This is why it is very difficult for the north to rely absolutely on Asiwaju, the same man who held and deliver the south for President in 2015 and 2019.

It is believed that Asiwaju may not give in to unsavoury permutations that will not be in the interest of the cabal.

Unlike any other possible alternative from the south, Asiwaju has an uncommon audacity. His bravery has taken him beyond his own imagination. A man who has survived too many tribulations like him cannot be an ordinary soul. He has fought many battles that he won, spectacularly. He is naturally smart and adequately fearless.

A man who has single-handily raised men who have become ministers governors, lawmakers and even vice president. A man who single-handily challenged Federal Government headlong and succeeded in standing tall as he fought President Olusegun Obasanjo to a standstill. Despite not having access to funding for his local governments, Tinubu single-handedly revived and revamped Local Governments in Lagos State and brought tremendous developments to practically every part of Lagos State. Will such a man deliver according to the dictate or directive of any cabal? Tinubu has stupendous resources, extensive networks, public service experience and achievements that will be difficult to be matched, in all standards by any other candidate who may emerge from the south. Nevertheless, the political gladiators are already baring their fangs and showing their hands and flapping their wings. It would be silly of anyone to shut their eyes to such developments.

Amid the raging debate, no southern politician has muted his interest with his full chest. There are, however, indications that the north is planning to field their preferred candidate from the South; a candidate who will heed to the dictates and directives of the cabal. Someone whose loyalty can be trusted, and who will consider the interest of the north in all decisions.

The North ascribes much greater importance to regional solidarity than is usual in the South, even if it is not always achieved. The north enjoys huge religious followership than the south. Beyond money politics, the north can manage its bloc to conserve its millions of voters to speak in one voice.

Let’s not also forget that the North is also having the full grip of the key K-States: Kaduna, Kano and Katsina. These three states put together in any election will nullify no fewer than 15 States from the South.

As we speak governors from 2 of the three states are already displaying body languages that does not endorse power rotation or zoning by 2023.

The northern cabal, according to sources within the power corridor, has begun the move to divide the south, presenting juicy negotiation to key politicians. Baring the fact that politics of the south is more about interest than loyalty, there are reports that no fewer than 10 key politicians from the south have aligned with the interest of the northern cabals and are ready and willing to do the bidding of the Hausa/Fulani agenda, as long as their interest is mutually covered.

The loud silence of some of the supposed loyalists of Asiwaju is a pointer to the suggestion that the north may have been deep in the plot to plant a loyalist at the helm of the presidency once Buhari’s term is over by 2023.

One thing is certain, if the north reclaims the number one spot either by fielding a northerner or fitting a southern puppet, the decision that will usher a president in 2023 comes with a consequence that will tarry for another 8 years.

How The NORTH Plans To Choose The Next President was last modified: October 25th, 2021 by Seun Emmanuel