How to Hug A Man in 7 Easy Steps 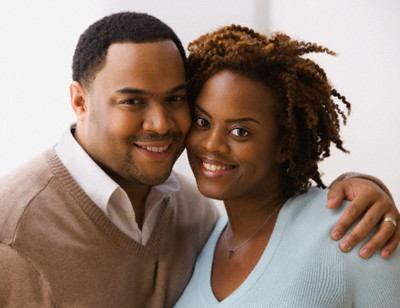 Hugging a man isn’t easy business, what with all the awkwardness and the confusion over whether to hug or whether to stand back and grin like a monkey. But if you know the art of hugging male friends, then you’ve got nothing to worry about, when it comes to hugging a pal.

Hugging may be a feminine show of affection, but every man of the 21st century has to know how to do it. Well, unless you want people to think you’re a closet hugger, which is never a good thing. Here’s your complete 7 step guide to finishing a man hug, just the way it was meant to be.

From what we’ve all heard, the man of the 2000’s is supposed to be in touch with his feminine side. But that doesn’t mean all you blokes should start walking around like cross-dressers.

Learning how to Man Hug is hardly asking you to exchange your manly girth for becoming Mumbai’s finest Hijra, neither is it a suggestion to swap your trousers to sport a sarong like David Beckham.

No. This is strictly hugging, and knowing the perfect man hug may not only be seen as a warm gesture towards your other male buddies but may also gather a girl’s attention that you’re a warm and compassionate soul. Well, of course, you are, right?

Why is it that men just don’t know how to greet each other? For the sake of Mother Nature, handshakes are so bloody formal, it’s as if every time you’re meeting a friend you’re attending an interview.

Most men nod their heads when greeting each other, some shake hands, while a few say nothing and continue to proceed into a conversation.

That’s all very normal when you’re greeting someone but did you know that in the Middle East, men greet each other by kissing one another twice on the cheeks? Now that’s showing some love, and we want you to do the same (no, not kissing) but by hugging.

So at the moment, you’re not really embracing this idea. You may have reservations about what exactly is the perfect man hug but we’re not asking you to get naked and share a long feel-up embrace with another man . And really, we’re not saying you should just go up to any dude and hug him, because really, that would be weird.

Instead what we propose is that you learn when to hug and how to hug. Just remember, if you don’t hug, you may be accused of not being comfortable with your manliness, and we wouldn’t want that now, would we?

You’ve now learnt when it is appropriate to hug and when it’s not. However, we hope you haven’t just gone out there and tried hugging someone because (a) we haven’t yet told you ‘how to man-hug’ and (b) chances are, whatever hugging you’ve done without reading Step 2 below, it’s illegal in about 100 countries worldwide. The last thing we want is to see you on CNN for gross public misconduct according to the laws of Burkina Faso.

Firstly, it is important not to let your hugee get caught off guard. Don’t just run up to someone and hug them without letting them know your intention as this will come across as if you’re about to grope them. They may feel you’re going for their undies and not realise you’re hugging them.

Instead, open up your body with your hands about 20cm apart, ensure your right-hand is higher than your left-hand and lean back slightly. In doing so you may initially look like you are about to perform some Euro-techno robot dance, but rest assured that the hugee will see that you’re approaching them to hug, and not to dance.

Tilt your head to the left, letting your hugee know where you’re going otherwise you could both end up approaching each other and accidentally kissing. We wouldn’t want a situation where you re-enact a scene from Brokeback Mountain.

Step in towards your fellow man, your right-hand will go over their shoulders, with your head going to the left of theirs.

Your measure of sincerity is shown by you firmly gripping them into your hands.

If you fail to firmly grip, you’ll end up in a floppy, half-hearted attempt that will make you look like a retard at a hugging convention. Keep your head straight, facing forward.

WARNING: If you look down or incline towards your hugee, this may seem inappropriate and look like you’re smooching.

The hugging timeline depends on how comfortable you are, but realistically, a second or two is fine. If it’s a family member or a best friend, it may be much longer. However, be careful. Staying longer in this compromising position may make you uncomfortable and catch the eye of girls passing by, meaning that, instead of thinking you’re cool, they would think you swing the other way.

Step 5: Making the embrace a ‘Man-Hug’

At the moment you probably feel as though this hug is as camp as an Elton John on pills. But don’t worry, what makes the hug ‘man-ly’ is the Pat. The pat is the most crucial part and separates the boys from the men. Lift your right hand up (not like you’re hailing Hitler) and firmly pat the back of your hugee. This shows you’re a man, and the harder you pat, the more masculine you are.

You’ve now completed the man hug. But knowing how to complete your step back is important. After patting your hugee three or four times, smartly move away, lifting your hands and stepping back.

WARNING: Do not slide your arms slowly across your hugee’s body or arms in a lethargic manner, otherwise you will leave your friends confused as to your hugging intentions. If this occurs, and you cannot avoid it, RUN!

You have now completed the first 6 steps of the perfect man hug. But to end this in the most appropriate manner, don’t cough, scratch yourself or look scared after hugging. Instead, say something that corresponds with why you hugged like ‘how are you?’, ‘great to see you’, or ‘hey dude, how’s things?’

Well done! You have done it. You’re still a man, and you’ve performed a hug.

Why parents should not buy smartphones for...

Stoners have more sex than people who...

The Scent of Death: Why You Should...

The three reasons why every man should...