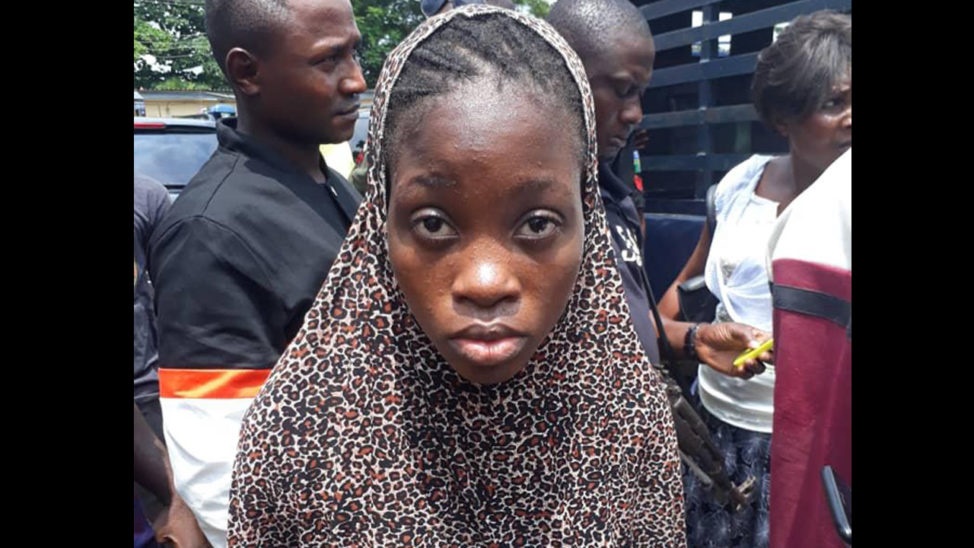 Mariaam Abiola looks like an angel and a young lady in need. But behind the fake simplicity is a heart of stone.

The 20-year-old woman confessed to killing four people between December 2017 and July 2018, after she was arrested by police attached to the Ilasamaja Division.

Mariam Abiola allegedly joined the deadly Eiye confraternity after running away from home.

She became skilled with a gun under the watchful eyes of a fellow cult member named Sadiq.

This baby faced assassin says she usually wears a white Jalabilia and hijab to hide the gun when going to end the lives of her targets.

According to her, she was both the armorer and an executioner for the cult group. She confessed that her primary tools of trade are a picture of the target and a gun.

Abiola said she made a total of 40,000 Naira form killing 4 people for her group in the Ilasa area of Lagos.

“None of our targets survived. I killed one guy at Fadeyi area of Lagos, another one at Hassan in Ilasa, one at Ajeh.

“Each time we killed someone, brother Sadiq would pay me N10,000 but he would pay the others N20,000 each. I do not feel bad after killing anyone because I see it as a job I was paid to do”, she said.

‘I Kill People Because It’s My Job’ – Female Cultist In Lagos Confesses was last modified: July 25th, 2018 by Igbokwe John