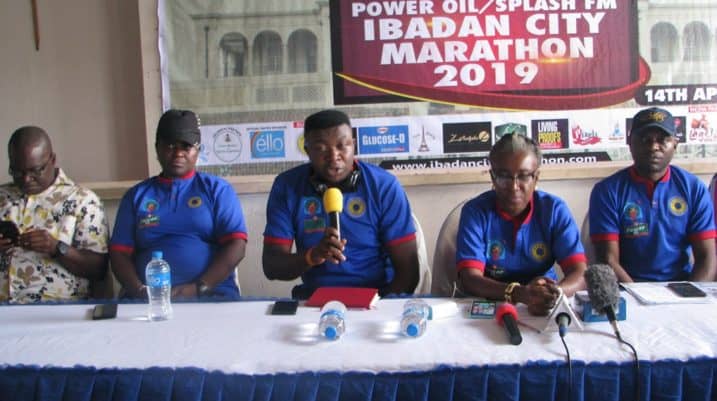 All is set for the 11th edition of Ibadan City Marathon race to hold on Sunday 15th April, 2019. This year edition, tagged ‘Power Oil/Splash F.M Ibadan City Marathon’, will over 3000 athletes battle for a total prize of 3 million naira, in different categories.

The organizers have revealed that #3 million prize would be shared by the top 10 runners; the best five in the male and female categories.

According to Mr. Tunde Olawuwo, the Head of News, Spalsh FM who also doubles as a member of the organizing committee disclosed that everyone who runs the 42 km will be awarded a certificate. It was also made known that the 2019 edition will feature the “Run For A Cause” race for the third time. Those who registered to run for certain causes would run and have their prize money donated to the cause they have chosen to run for.

Those who stand to benefit from the proceeds of the “Run For A Cause” race would include the blind, kids with disabilities and homes for vulnerable children. Artisans also stand a chance to win prizes in the specialized ‘Artisans’ Race’.

While speaking on what to expect at the race, the CEO/MD of West Midlands Communications Limited, the parent company of Splash FM, Mrs. Atinuke Adetunji, the 11th edition of the race promises to be better than the previous with new innovations.

When asked how measurable the effectiveness of the race has been as a tool for the integrity and good governance campaign Splash FM has been known for? Adetunji stated that “it has been effective.

“It is a message and for the fact that you sing and reiterate the same message, you are setting a standard. We started by pointing out the right values; the Independent Corrupt Practices and Other Related Offences Commission (ICPC) saw that and partnered with us. We became like their media arm. It is symbolic”.

Shedding more light, she made it known that “the Proprietor of Splash FM, High Chief Adebayo Akande believes that to run a full marathon, you need resilience, you must be able to endure pain. These are the things you need to fight corruption. So it is a means to an end and not an end in itself. The awareness is already there but it is not over”.

In his own remarks, the Federal Ministry of Youth and Sport’s Zonal Coordinator, Mr. Femi Ajao, disclosed that “this is the only full marathon in Nigeria and after 11 years, I think we should move to the next level. I have tried to see how we can change the route so that other parts of Ibadan can see the marathon too but the more I go, the longer it becomes”.