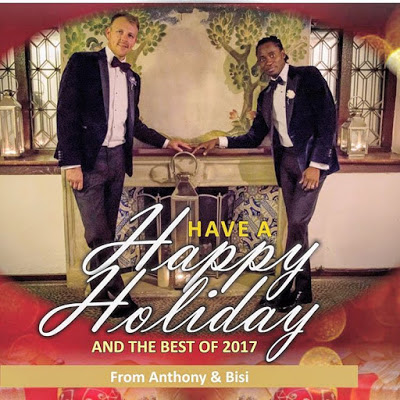 Nigerian gay rights activist, Bisi Alimi and husband have both released a seasons greetings card. The card is captioned “Have a happy holiday from us to you with LOVE ??? #HappyHoliday #MerryXmas #Gaycouple #interracialgaycouple #intergaycial”