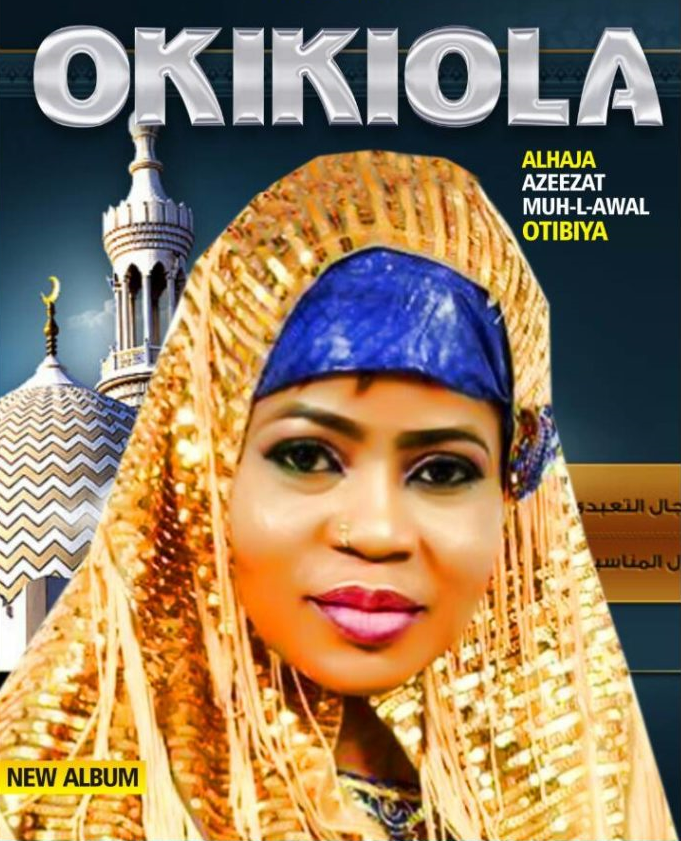 As we are in the month of Ramadan, a lot of Islamic artistes are releasing new album in order to mark the holy month month we are but one of the latest album  making waves with high sales in the market is Okiki-Ola by Alhaja Azeezat Otibiya. Today, Otibiya has done so well in Islamic music industry with her good voice and music.

The beautiful lady who is doing well among the female singer in the country just releases new album titled Okiki-Ola is one of the leading album in the market with high sales. One thing that we can revealed to you is good message that the beautiful singer passes in her music.  Otibiya who release her first album in 2000 titled Otibiya, 2012 Yaha Baba, 2015, Ilekun Ola.

Also, she has being feature in some joint album like Yiigi Merin 1 and 2, Alagbara, Oju Metta, Marriage Affairs, Ramadan (Osu Aponle), Radadan Tonic, Meaning of Ramadan just to mention but few.

Some days ago there was false report that the singer poisoned herself  , because her boyfriend jilted her and that she was hospitalized. But we can authoritatively tell you the pretty singer is healthy and nothing of such happened to her, and her career is thriving as well.