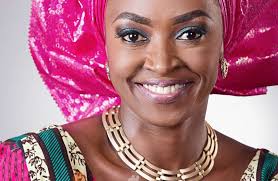 Even though Nollywood’s Kate Henshaw will not be contesting for any political position in 2019; she advises every Nigerian to get their PVCs and vote

After losing the primaries for the Calabar South/Bakassi Federal Constituency seat in 2014, Nollywood actress, Kate Henshaw, has no plans of going back.

“I don’t have money to give anybody. Politics is a money thing and I am saying this from experience.

“Anyone that tells you it isn’t about money is telling you a lie.

“It’s either money or you have somebody who will say this is the person you’ll vote for because that’s how it works”, she said during a recent interview.

She revealed that she never got any financial support and used her money and the support of a few friends to pursue her political agenda.

Up And Coming Nigerian Rapper, Rappon Dies Of Mysterious Ailment