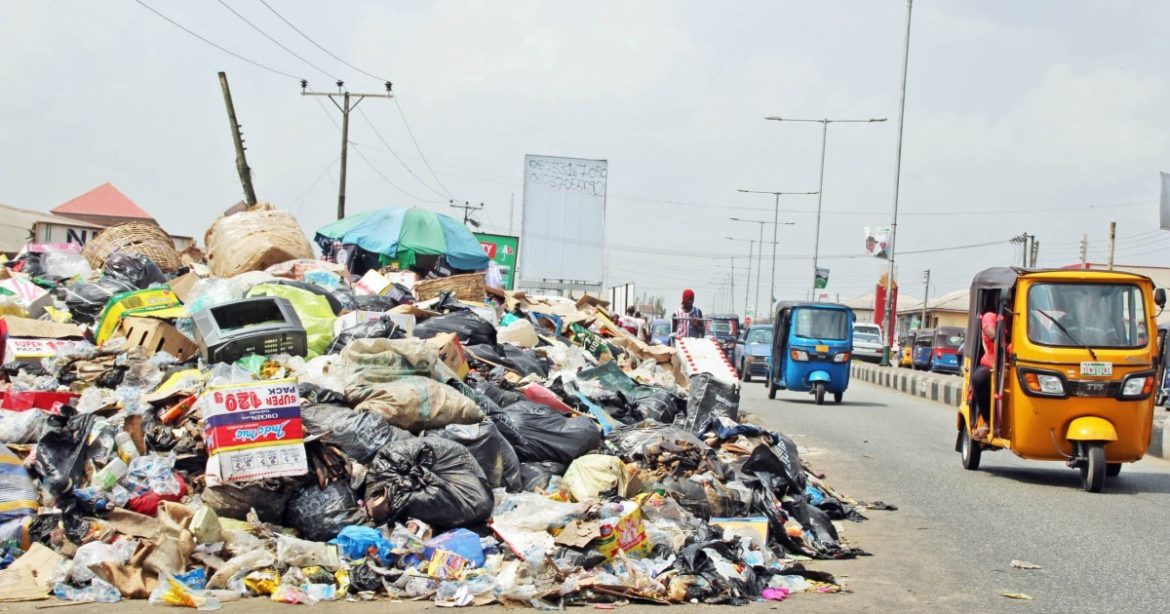 The Lagos State Environmental Sanitation Corps (LAGESC) on Thursday urged residents of the State who have cultivated the habit of dumping waste indiscriminately on the road, sidewalks, road medians, and open spaces to henceforth desist or face the wrath of the law.

In a statement by LAGESC’s Deputy Corps Marshal in charge of Operations and Monitoring, Mr Ademola Kazeem, the agency said it had noted with dismay the resurgence of in public areas over the past couple of weeks.

Kazeem said the reports of investigation carried out by LAGESC revealed that some residents have deliberately cultivated the habit of dumping waste indiscriminately on the road, sidewalks, road medians, and open spaces in the State.

Worse still, he said some residents were illegally patronising cart-pushers who recklessly dump collected waste in unauthorized places without regard to the provisions of the Environmental Management and Protection (EMP) Law, 2017.

According to him, “This deliberate act of sabotage which is targeted at undermining the efforts of the State Government on Cleaner Lagos is inimical to public health and safety especially in this period of heavy downpour in mainly flood-prone areas of the State.

“Lagos Environmental Sanitation Corps (LAGESC) hereby warns that residents should desist from acts that are capable of endangering public safety and the general well-being of Lagosians.

“Residents are encouraged to patronise authorized waste collection operators in their areas and eschew the habit of dumping waste indiscriminately,” Kazeem said.

While assuring the public that all hands were on deck to prevent further abuse of the environment, Kazeem said LAGESC would continue to enforce the law on anybody who, no matter highly placed, violates the provisions of the EMP Law, 2017.

“The Corps Marshal, ACP Daniel Isiofia (rtd) has fully deployed, mobilized and charged the officers and men of the Agency to continually implement the provisions of Section 476 (F, I,& L) of the EMP Law, 2017 and such person(s) caught will be duly prosecuted to serve as deterrence to others,” he said.

LAGOS Governor To Be Honoured @ City...