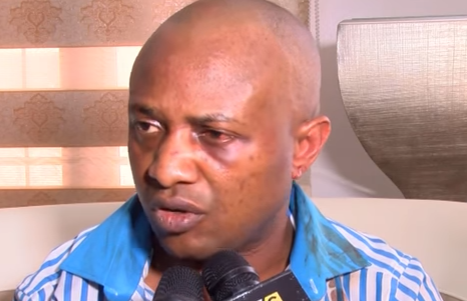 JUSTICE Adedayo Akintoye of an Igbosere High Court in Lagos again discharged the application seeking to quash the charges preferred against the suspected kidnap kingpin, Chukwudumeme Onwuamadike a.k.a. Evans, by the Lagos State Government.

Akintoye, while ruling on the application, said the charges filed against Evans did not offend the rule of duplicity as enshrined in the country’s laws and, therefore, lacked merit.

Evans, who is standing trial on a fresh five-count charge bordering on conspiracy to kidnap, kidnapping and attempted murder, had on May 25 asked the court to quash all the charges filed against him.

In a motion on notice, the defendant had said that ‎all the charges were “grossly defective, repetitive and an abuse of court processes.”

Evans is charged alongside three others: Joseph Emeka, Ugochukwu Nwachukwu and Victor Aduba.

At the resumed hearing of the case on Tuesday, Justice Akintoye said the processes filed by both counsels to the case identified three major issues for determination.

He said for a prima facie case to be established, the proof of evidence must sufficiently link the defendants to the offence.

She said: “Looking closely at the proof of evidence, a prima facie case has been established.

“The statement of one of the victims stated that Evans shot him with a gun, cleaned the wound by himself and asked the third defendant to look after him (victim).”

The judge also held that the charge was not an abuse of court process, adding that every distinct offence should be charged separately.

She, however, said the information did not offend the rule of duplicity as enshrined in Sections 152 and 153 of the Administration of Criminal Justice Law of Lagos State.

On whether the court has jurisdiction or not, the judge said the argument was that the court had the power to quash charges.

She, however, held that the application to quash charge was premature.

“The application lacked merit, I so hold,” Akintoye ruled.

After the ruling, the prosecutor, the State Director for Public Prosecutions (DPP), Ms Titilayo Shitta-Bey, said,“in view of the ruling, we ask that the defendants be arraigned.’’

The defendants were, however, arraigned as stated in the second charge where Evans is being tried alongside Joseph Emeka, Linus Okpara and Victor Aduba.

The News Agency of Nigeria (NAN) reports that a five-count charge was read to them which stated that the defendants committed the alleged offences on Sept. 7, 2015, at 7th Avenue, Festac Town, Lagos.

The defendants allegedly conspired among themselves to kidnap Chief James Uduji, collected a ransom of 1.2 million dollars and attempted to murder him.

The prosecution also said the defendants while armed with firearms attempted to kill Mr Donatus Nwoye by shooting him.

They equally attempted to kill Mr Jereome Okezie by shooting him.

They all pleaded not guilty to the charges.

Earlier, the judge had acknowledged that Mr Olukoya Ogungbeje, former counsel to Evans, wrote a letter to the court withdrawing from the case.

In his place, Mr Noel Brown announced his appearance as Evans’ new counsel.

The judge adjourned the case until Sept. 13 for trial.