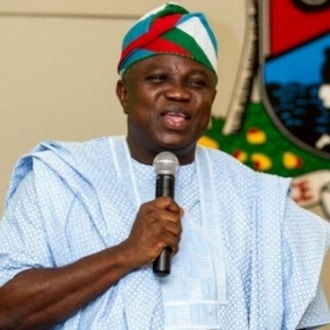 The Lagos state government says Thursday, March 29, will be a work free day because of President Muhammadu Buhari’s two-day visit.

Kehinde Bamigbetan, commissioner for information, said this is to enable residents come out en masse to welcome the president.

Imohini Edgal, the commissioner of police in the state, said there would be temporary road closure and diversions in some areas.

Edgal made the announcement at a news conference to update the public on security plans for the president’s visit.

He said Buhari would be attending a colloquium to mark the 66th birthday of Bola Tinubu at Victoria Island, and the official flag-off ceremony for the construction of the Lekki Deep Sea Port project in Epe.

Edgal said the president would also tour the Eko Atlantic City and inaugurate the Ikeja Bus Terminal, among other engagements.

“The temporary road closure and diversions would be within Ikeja, Maryland, Agege Motor Road, Victoria Island and Ikoyi axis,” he said.

“We have done threat assessment and engaged all stakeholders such as the National Union of Road Transport Workers and commercial bike riders. We are appealing that they abide by our agreement at the meeting.

“This is to ensure that Mr President’s visit to Lagos is smooth, safe and hitch-free.”

The commissioner expressed deep regret for any inconveniences, saying the listed roads to be closed to traffic would be reopened immediately after the president’s motorcade passes.

Banky W Unveils His New House On His Birthday