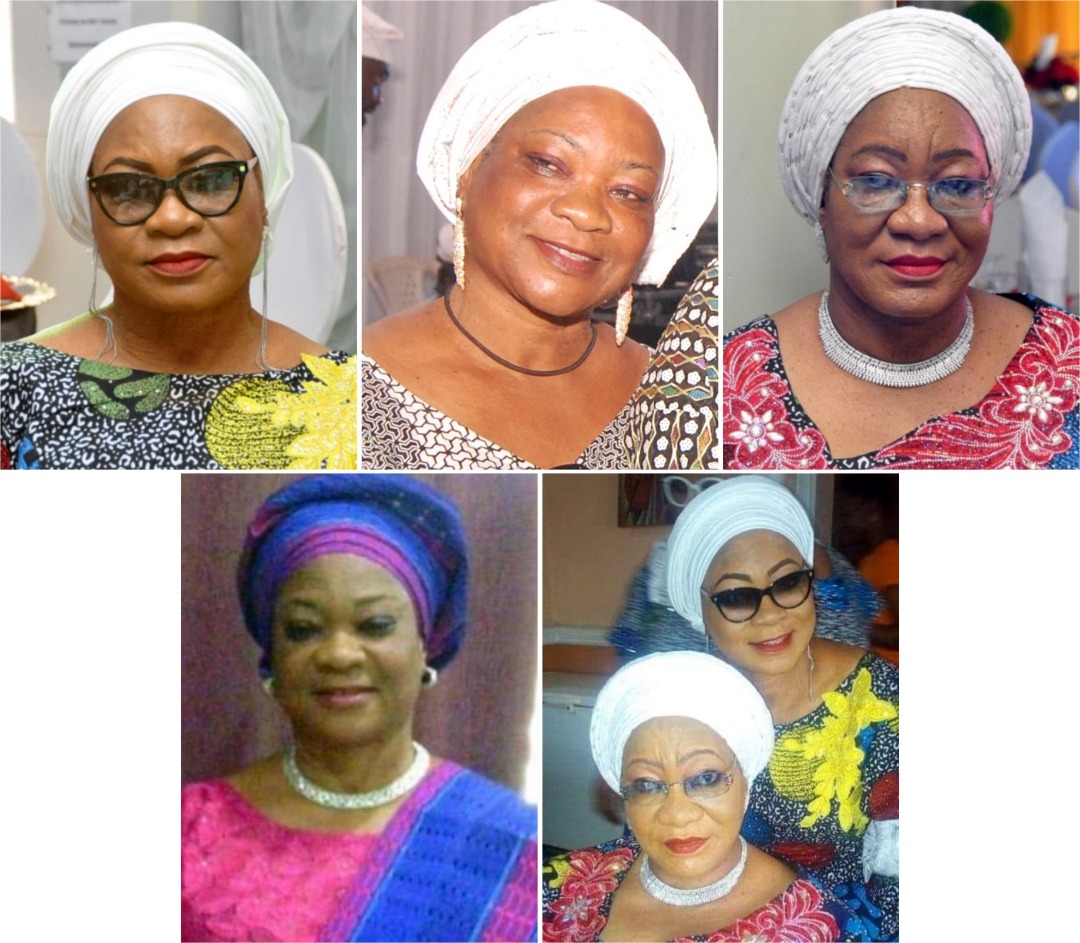 •How Yeye Oge Of ONIGBONGBO Land Died Few Mths To 60

•What She Told City People

Within the social circle in Lagos, it has not been a roller coaster, as Yeye Oge of Onigbongbo land, Maryland passed on to glory a few weeks ago.

The entire families of the Durojaiye family of in Ekiti was thrown into mourning two weeks ago when news filtered into town that one of their daughters, Yemisi Akinola finally bowed down to death. The Lagos society woman bided the earth farewell after a brief illness a few months to her 60th birthday.

Before her death, she was her bubbly self and was always full of life. Late Yemisi Durojaiye is the Yeyeoge of Onigbongbo land and the younger sister of popular Lagos society woman, Iyabode Ode. On April 14th, her elder sister, Iyabode Ode took to her Facebook page on April 14th to announce the passing away of her beloved sister, Yemisi Akintola. The entire societal circle has been thrown into mourning when the news of her death broke most especially the Onigbongbo community in Maryland where she resides and holds the title Yeyeoge.

Until she passed on, Yeyeoge was full of life and she was still attending events, she was also visibly present in Ekiti a few months back when her dad, Chief Clement Ayeni Durojaiye was buried at age 96. She was born in September 26th 1960 to the families of the Durojaiye, she is married and blessed with children. She has 2 sisters amongst which is Chief Mrs Iyabode Ode, a big-time businesswoman in Lagos. The late YeyeOge was also a businesswoman in her lifetime who runs a big printing company consulting for governments and corporate organizations. 3 years ago, she was at Queen of Juju music, Ayo Balogun’s birthday where she spoke to City People about her life and reign as Yeyeoge of Onigbongbo Land.

“My title Yeyeoge literately means someone that knows about fashion, a fashionable person, someone who is a custodian of style. I am simply called Yeyeoge Akintola, the Yeyeoge of Onigbongbo, Maryland, Lagos. I was ordained this title in the year 2006, June 26. I got the title when I was 46, now I am 57. I have been able to manage it well because the title is a social title. It is not an indigenous title. It does not entail any spiritual attachment. It is enjoyment per se and since I have been ordained, I have been myself, going out as I used to go out, maintaining my balance, I live in the community where I am being ordained as Yeyeoge. I have been enjoying my people there, the young and the elderly, the whole community as a whole”.

“When you are sociable, it is associated with a lot of things. You will be able to carry people along, both old and young along with yourself because you will have an open heart to everybody and every level of people. You don’t reject people, either they have or not, you accommodate them and carry everyone along. You can’t say this one does not fit, so you have to bring people together, some people don’t know how to marry their wealth with fashion while some don’t even know how to dress, you have to make sure you put yourself in everyone’s level by letting them recognize the fun of looking good at all times. if you move with them, you will be able to know which or where to come in so they will talk good about you, that is my kind of person. Been Yeyeoge is also been sensitive to your community in terms of CSR. In my community, I understand them well, especially the less privileged, for example, I have some vulcanizers that are my boys, I have barbers, I have many artisans, and you know it is these people who see you and hails you all the time because of this title so one has to give back to the society as well. I interact with all of them very well. When asked if she dreams of becoming Yeyeoge of Lagos, she says, “It is a simple thing in the presence of God, there is nothing God can not do. like this my title, I did not bargain or lobby for such, people saw my activities in the community and the way I dress before giving me the title, so let’s leave it there. About the secret of her good looks?

“The secret of my good looks is God and Contentment. When you are contented you will not have any problem. I make sure I eat well, rest well and leave everything to God. I am a businesswoman and sometimes things go up and come down, so if you put your hope in God and you are contented, you will sleep well, have peace of mind, age well, whatever comes your way, God will take control. Thank God I am able to live well. Peace of mind makes someone look radiant. On her style, “From day one if I show you my picture when I was a baby, I have been fashionable since my younger days amongst all my siblings, if you look at my pictures when they tie gele for us like this, I will push my own to the front so I can be different. So it is an in-thing. Style is been comfortable in what I am wearing. I am not a loud person. On her business, she said “I am a businesswoman. I have been into printing for many years. Lagos state government is my main client. I am into general printing, like corporate printing, ID Cards, gift printing, monograms and all the likes.”

Her sister, Iyabode Ode who was the worst hit because of their closeness pencilled down heartwarming wishes to her late sister.

Oluwayemisi my immediate younger sister has gone to join the Saints Triumphant. I really can’t do any write-up or say anything about her now but that the cold hands of death made my efforts on her meaningless. What is this life really, emptiness upon emptiness. I will forever miss you, my darling sister, because you are an integral part of me. Pain, pain pain. You have fought the good fight my inseparable sister but death has come to separate us. I surrender all to God because if my efforts could save you, you will still be here. Oye Ottun, Aburo mi, Oluyemisi Mofolorunsho”.

How CHINA Got Rid Of CORONAVIRUS Using Local Herbs