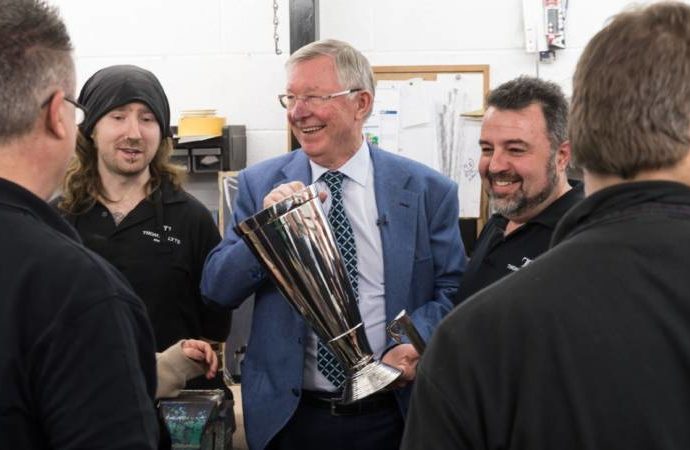 The League Managers’ Association (LMA) has announced that it will mark the 50th anniversary of its Manager of the Year award by commissioning a new trophy named in honour of Sir Alex Ferguson.

The award is given to the manager chosen by his peers as the one to have achieved the most in a season in the Premier League or any of the lower three divisions.

In a statement, the LMA said it was delighted that Ferguson, one of the most successful managers in football history, had agreed to the trophy being named after him.

The former Manchester United boss said it was “a fantastic honour” and added: “I am very proud to have the LMA Manager of the Year trophy named after me.

“When you look at the list of managers that have won this trophy, going right back to 1968, it is very humbling.”

The LMA chairman, Howard Wilkinson, said: “There is no greater accolade than to have your successful endeavours honoured by your peer group.

“Sir Alex is without question the association’s most acclaimed, respected and universally admired member. The LMA is thrilled that the trophy bears his name, which guarantees its importance in sport.”