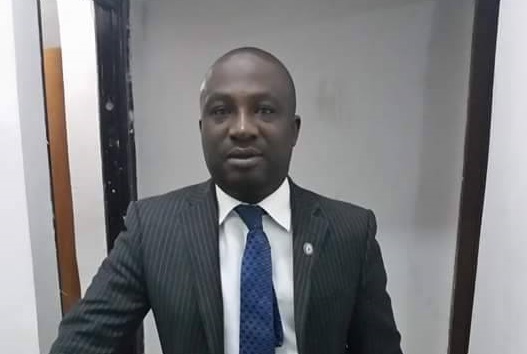 Mr. Bashir Jimoh is the Chief Executive Officer of Bashmoh Homes. He floated the real estate company about 7 years ago to solve housing problems, especially in Lagos where the company’s head office is situated.

This man has traveled all over the world, attending seminars and fora on real estate. Now, the company is in partnership with Lafarge to make housing ownership possible for ‘everyone’.

A few weeks back, City People’s Senior Property Reporter, ISAAC ABIMBADE, visited the man in his Surulere’s office, where he opened up on the challenges facing real estate players in Ibeju Lekki axis where he  plays big. He also suggested solutions.

What do you suggest government should do in Ibeju Lekki axis for all real estate players?

If you visited Ibeju-Lekki recently, you would see that the whole area is becoming developed and it would eventually get crowded. It is not crowded yet. I urge government to plan ahead and the only way to plan ahead is that, if you look at the whole of Ibeju Lekki (from Lekki Phase 1 to Ibeju, Lekki), you will observe that it is only one route you can ply to get to those points and that is Lekki-Epe Expressway. Mind you, the road was constructed during Jakande’s era.

Yes, when Fashola came in, they did road expansion, the expansion was just a lane in addition to the two existing lanes there. The phenomenal growth in that area made it extremely important to create an alternative route and Lagos State Government has foreseen this.

I think it’s high time Lagos State Government in conjuction with international investors and players in the  private sector with the approval of Federal Government looked into it because it is very capital intense. Lagos State should do something on the alternative route.

In what ways can government and private sector avoid another Apapa traffic in Ibeju-Lekki axis. Because now we are beginning to witness traffic gridlock on the axis?

We can avoid another Apapa experience in as much as there is free entry and free exit. If Ibeju Lekki is opened up with more roads, the better for residents. Such roads would lead to Ogun State, from Ogun State, they would lead to Ondo State. From the same axis, you can get to Port Harcourt. So, it’s a complete exit route if it is properly done. If you are  well familiar with that axis  (Ibeju-Lekki), one hour drive after Lacampaign-Tropicana, the road gets bad. There are needs to construct bridges there.

There are needs to open-up that place, which I think should form parts of the project, that Dangote is looking at. The second angle to it is the expansion of existing road; the alternative road. Alternative road design  is already there. The government needs data to pursue implementation. The alternative road starts from Victoria Island to Ibeju-Lekki. So, if the government could replicate what has been done on coastal erosion  control at Bar Beach, along that axis, it would attract foreign investors, it would attract foreign investment and bring overall development to Ibeju-Lekki. But I can bet you that, no foreign investor would want to put his money down on an investment that natural disaster could wipe out at a strike or have its value greatly eroded, because if you continually control erosion via the traditional model of packing sand inside bags to block the erosion, it won’t be effective.

The modern model that was developed by Eko Atlantic  for erosion control is a model that can control the Atlantic erosion. If Lagos State Government speaks to Hitech, they could be of help. Those of us running real estate business there wouldn’t  mind, if we are taxed. Development levy could be imposed on the CofO to be issued. Road development levy could be imposed on the CofO and other documentations can be issued along that axis, but there is a need for road expansion. There is a need to open up the area. There is a need to run more roads in the axis. The government is doing marvelous job on Epe, Ikorodu Expressway.

Do you at anytime fear for your investment in Ibeju Lekki?

For us, we believe we are lucky in Lagos State. We have a government that is responsible and responsive  to the will and yearnings of individuals. So many times last year, the Governor  visited Ibeju-Lekki and I believe Lagos State Government is very proactive. We have seen what government has done for traffic in Lagos State. The Apapa issue happend during  the military era. Then, the kind of balance of power we have in the country now wasn’t existing then. Lagos State Government is trying to  aggregate all the interests in Ibeju-Lekki and provide infrastructure accordingly. I have no fear for my investments. I believe my investment is secured.

Apart from road expansion and coastal road, what other ways can government create an alternative route to this existing one?

For me, all over the world, all the cities I have been to in the world, there are intergrated transport system. An integrated transport system also entails not only road transport, air transportation but also maritime. And we are lucky. Ibeju Lekki is close to the Atlantic Ocean on both sides. And I am also aware that Lagos State Government is planning to develop a jetty that could berthship there.

So, if that could also be put in place, the likelyhood of traffic congestion there would greatly recede or permanently put on hold

How do you see the development in Ibeju Lekki?

All over the world, investors realise one thing, that the only area you can maximise your returns on investment is the outskirt of the city because that is where the development is going to. It is those who take position on the outskirt of the city now that would benefit from it. Last year, we had over one thousand percent increase in the prices of land in Ibeju-Lekki. Treasury Bill can’t give you that. Fixed Time Deposit from commercial banks can’t give you that either. And that is why you see people  continously investing in that area.

You have traveled to many countries attending fora and seminars, how has that shaped you?

It has shown me that we are a developing country when it comes to real estate and there is a huge gap in real estate development. In 2016, in South Africa, we all agreed that we have about 7 million housing deficit in Nigeria.

We also agreed that in the upper level houses, there is a glut; it is at the middle and lower levels that we have the deficit. Being part of the solution always make me happy.

How have you made an impact on the lives of people through your business?

Immensely! We have  not only sold land, we have also been able to partner with Lafarge. Lafarge is a cement company. We discovered that there is a gap in artisans, performance  in Nigeria. With Lafarge partnership, we have accredited some artisans, who are willing to work with us, so that each and everyone Naira you pay to an artisan is traceable. He has all the qualities to do the work and we are also going to supply free engineers, who will supervise those job, in as much as you are using Lafarge Cement.

The name of your real estate company is Bashmoh Homes; where are sites of your products?

We have at Simawa. We have at Mowe, Ibeju-Lekki. We also have at Atan, Ota in Ogun State.

I have come across many people, who complain that they have completed payment for their land, but they are yet to get land allocation, what is the cause of this?

There are two causes. The first one could be that, there are fees that each and every subscriber is expected to pay and such patrons have not completed payment they just paid for the  land and they haven’t paid for the survey.

What are the basic documentations to request  when buying a piece of land in Lagos?

The most important thing in land is, are you in possession? Have you bought from the original owners? Have you developed the land? Today, go to the deepest of the forest in Lagos State, the moment you start digging,  people will show up. Owners of the land will show up. So, any developer,  who has not done any development on a piece of  land, do not buy from him,  regardless of the documentation he has given you. It is after this, you can talk about receipt, deeds of assignment, land survey, deeds of contract. Another question to ask is, is the real estate on ground? Can you visit their site?