Life As The 4th Erelu KUTI Of LAGOS 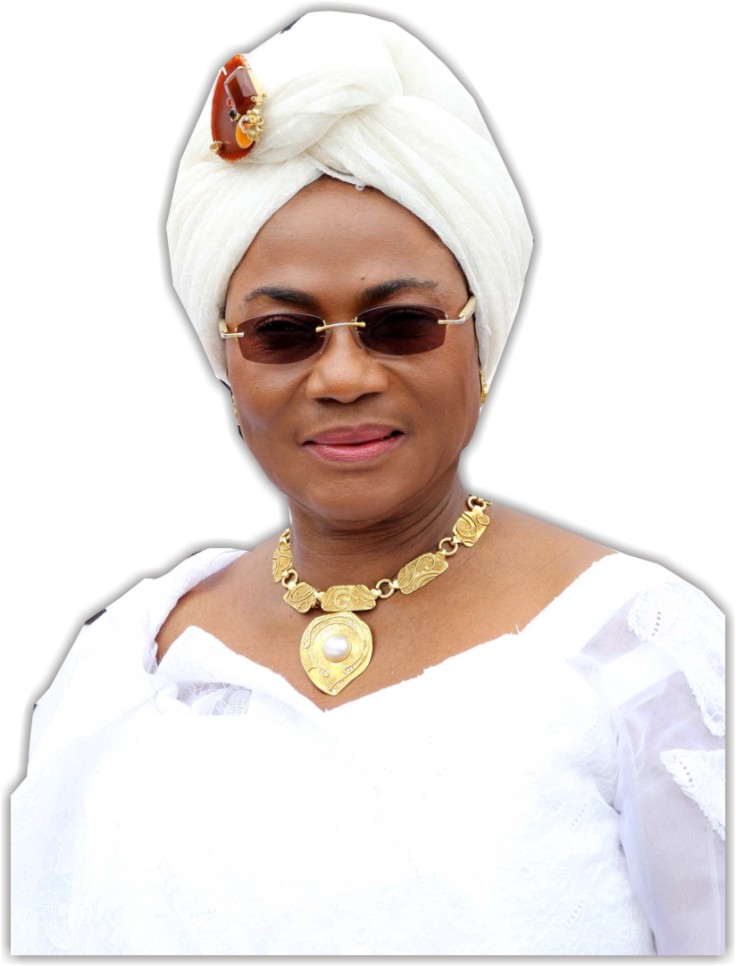 It gives me great pleasure to stand before this distinguished and great audience as the keynote speaker at the unveiling of ‘Unspoken’-A Chronicle of Women Kings in Yorubaland, OBA OBIRlN, which to all intents and purposes is a celebration of womanhood in all its ramifications. I am going to be very brief because my speech is going to be the key that will open other speeches at this auspicious occasion, including that of His Imperial Majesty, our father Olofin Adimula and the author, Princess Aderonke Ademiluyi, the Queen Moremi Ajasoro Global Ambassador, Vice Chairman, House of Oduduwa Foundation and MD/CEO, Adire Oodua Textile Hub in IIe Ife.

Female Kingship is as old as mankind itself and the list inexhaustible. I won’t bother mentioning or listing them here, as to not preempt the book, but will rather dwell on the prowess of the first Erelu Kuti and my experience as the forth Erelu Kuti of Lagos.

The title “ERELU KUTI” is the royal, spiritual and administrative equivalence of a female king. Its importance and uniqueness must be brought to the fore. It is one of a kind. When Oba Gabaro and Oba Akinsemoyin, sons of Oba Ado died, without male children, there was a succession problem. Erelu Kuti, the third child of Oba Ado, a female, crowned herself as Oba of Lagos (unspoken). The expected furore that ensued in a typical patriarchal society like ours made her to assert her kingship status by anointing her two sons as king and a white cap chief simultaneously at Enu-Owa, where all kings of Lagos are crowned.

Hence, the first Erelu Kuti created a dynasty that gave rights to sons of female royals to ascend the throne of the Kingdom of Lagos and this subsists till today in the monarchial order of the Chieftaincy Law of Lagos State. The last 17 Obas of Lagos are her direct decendents. The current Oba of Lagos, HRM Oba Ridwan Akinolu and the Oniru of Iruland HRM Omogbolahan Lawal are beneficiaries of the prowess of the first Erelu Kuti. It is also pertinent to mention at this junction that said Erelu Kuti administered over Lagos Kingdom alongside her sons until her demise. She was also the first to perform the Eyo festival as the last funeral rights for her mother Queen Olugbani, daughter of King Oshin. with the “Adamu Orisas” who came from the ancestral home of her mother. As a crowned Oba and as the creator of a dynasty, she wore beaded crowns and other paraphernalia of the office of Obaship. These rights extend to successive Erelu Kutis of Lagos exclusively, not to any other “Erelus”.

Creation of the stool of “Erelu Kuti” was the patriarchal answer to prevent the female royal from aspiring to be King of Lagos (yet unspoken), such as in Russia, immediately after the demise of Catherine the Great, her son Paul I of Russia, and successor promulgated a law barring women from ever becoming the Czar of Russia. Erelu Kuti’s successors institutionalized the regent designate when an Oba passes on, and this I successfully did for three months when the late HRM Oba Adeyinka Oyekan passed on sixteen years ago before the ascension of HRM Oba Rilwan Akinolu. Erelu Kuti has authority over the affairs of women organisations including all markets. She is a ranking and distinguished member of the Oba in council where vital decisions are taken. She is the custodian of the Palace of Oba of Lagos, a close confidante and Adviser, especially on social matters and conferment of honorary titles.

However, there has been a proliferation of the Erelu title over the years, which is also an integral part of the moral decadence that has characterized our society in recent years.

There are 3 categories of Erelus; I) The Priestesses in the traditional Yoruba religious conclaves, 2) The wives of male titleholders as is evident in Egbaland, and 3) The honorary Erelu title popularized since the eighties. Our traditional norms and values are fast declining and our culture is fast losing its allure and pride of place, with concomitant negative effects on our children and the society at large. This observation however should not be taken as a castigation of kings who deem it fit to confer Erelu and other titles on women who in their wisdom and judgment deserve these epithets, but they should also be magnanimous enough to give them a code of conduct and behavioral regulations befitting their supposedly exalted offices. It is my desire to crave the indulgence of the presence of His Imperial Majesty, Arole Oduduwa here with us today to reach out to all our Kabiyesi to look into this anomaly, because a half-clad, half-naked Erelu on her supposed coronation day in any public appearance leaves too much to be desired. It is a big dent on royalty, our culture and even womanhood.

A woman is characteristically a leader, either as a king, president, governor, minister, local government chairman, civil servant, market woman, housewife, etc., and all things being equal should be a role model and a moral compass for the society. When a society is going astray like we are currently witnessing, a conclave of women of all strata of the society should be conveyed and they should be asked “WHAT IS GOING ON” because she is the de facto head of the house and the first teacher, home builder, counselor, teacher and mentor. According to an Ashanti proverb, “the ruins of a nation begin in the home of her people”. Things are not the way it should be and we can no longer adopt a “siddon look” and lackadaisical posture. We are the universally acclaimed salt of the earth but it

requires eternal vigilance and ceaseless hard work to maintain this salinity. This we cannot do alone because according to the Yoruba cliche, . ‘fi otun we osi, fi osi we otun ni owo fin mo” and also “agbajo owolafin so aya, owo kan ko gberu dori”(Bird wings).

Let our men, starting with our Kabiyesis, political, spiritual and temporal fathers return us to our former pride of place in the society and encourage us and see how society will magically transform into what we all want and desire it to be, because despite the power and brightness of the sun, it’s always dark on the other side of the planet. Cooperate with us and let the light shine across the whole world. Without constitutional rights, royals can still change the world by engaging these value adding enterprises into their kingdom. In fact, their status becomes more impactful and sustainable.

This book, OBA OBINRIN will no doubt jump start a renaissance of female leadership and activism, Cogent activities and achievements of female kings of Yorubaland, encapsulated in it will no doubt be an inspiration to fledging female leadership and authorities across the land, . ‘if they did it very well, I can do it better” which is called the feel-good effect in corporate circles.

Hence as the Erelu Kuti of Lagos, I am Mother General of Lagos, and in Yoruba a parlance “Te Iya Gbogbo” and since Lagos is the melting pot of Nigeria, commercial capital and the acclaimed centre of excellence. I can with all sense of modesty call myself the ‘Royal Mother General of Nigeria ‘. Erelu Kuti is a royal administrative anti spiritual office that comes  with enormous responsibilities, and I believe I have not failed in this divine duty since 1974 to the glory of God and the best of my modest abilities.

Keynote Speech at the launching of Unspoken- A Chronical of Women Kings In Yorubaland, Oba Obirin at Eko Hotel & Suites .

Life As The 4th Erelu KUTI Of LAGOS was last modified: November 29th, 2022 by City People

Why I Named My Brand After An Egyptian Queen

LAGOS Governor To Be Honoured @ City...