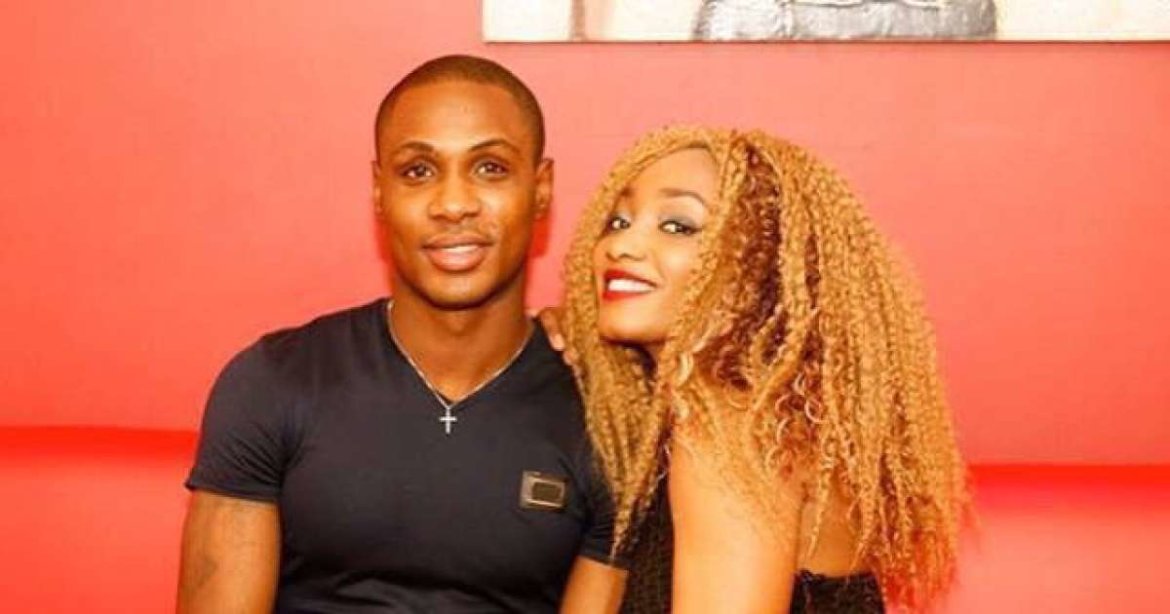 Sonia Ighalo is the beautiful, well spoken wife of Super Eagles hit man, Odion Ighalo. The Suoer Eagles star who dotes on his wife has often spoken about how she is the reason behind his exponential career which has grown in leaps and bounds in the last two years. Sonia rarely grants interview but City People’s KELECHI OKORIE was able to use the occasion of the opening of the Ighalo Orphanage to have a chat with her. It is an interesting read.

Why did your husband decide to open an orphanage?

It is a dream come true for my husband because it has always been his dream to give back to the society.  Even when I got married to him, he told me that this is what he wants to do if God blesses him. So, I am really proud of him today that God blessed him and he has fulfilled his promise.

What do you think about support for the less privileged generally?

I am happy about this orphanage opened by my husband as it should be an inspiration for others because when you are blessed, you should give back to the society. Like my husband said, this orphanage is called Ighalo Orphanage but it not just for him but it is for everybody. I am pleading it now that everybody should contribute towards the orphanage.

Don’t you think you guys will face challenges running the orphanage?

Definitely. When my husband first told me about his plans for this orphanage, as a woman, i asked him, how are you going to do it?  And he said with God all thinks are possible. I can vividly remember those words. Definitely there will be challenges and definitely we will overcome them.

What are the challenges of getting married to a footballer?

That one is not easier o. Many people see us in the public as if we are always happy but they do not know what we go through inside but by the grace of God, we are pushing on.

For how long have you been married?

I have been married for about 8 years now and I thank God that so far so good.

What about the challenges of moving from one country to another?

It has never been easy. Even when he was in Cesena, even Granada, we have always moved with him but this time around we said we just have to have stability for the Children.

How have the children coped so far?

It has never been easy. My first son can speak about three languages; Italian, Spanish, English

What about the different weather?

Do you help Odion in deciding clubs he moves to?

Yes, as a wife we need to decide together for his benefit, for the benefit of the children and for everybody because he is not single but married with three kids. So we always decide what we really want.

We learned that a number of clubs in the English Premiership want right now.

Actually I have my fingers crossed. I am number among those  people who want him back in the premiership. I am really praying so hard for that. Even my children too are praying. Because the distance is not really easy but we still thank God for everything.

How easy has it been to interact in China?

Where he plays and lives in Changchun, they don’t speak English. Even when my son went there for the first time he said mummy I am not going back to that place but what can we do? Our daddy is there, our husband is there, and we need to visit him.

So what are your plans for the world Cup?

I am so happy the Super Eagles qualified and you are going to see me there flying the flag. I will be the number fan there. I want my husband to score as many goals as people in the world cup.

I Don’t Measure Celebs Before I Sew For Them LAGOS Fashion Designer, McCOY