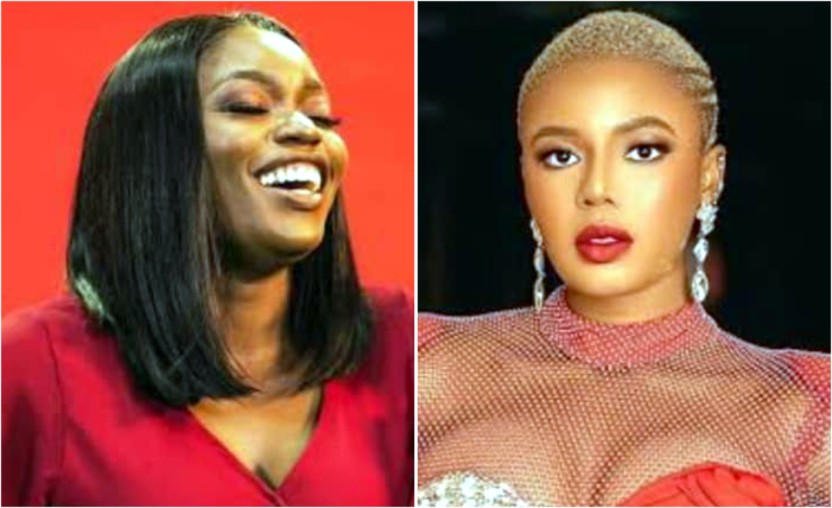 It’s no more news that Netflix streaming platform is currently where the outstanding movie producers prefer to show their works lately.

A lot of Nigerians stay glued to Netflix due to the quality and standard of movies they show. And it has also become a known fact that before your movies as a producer is accepted by Netflix it must meet with their pretty high standards.

This is why you don’t get to see every Tom, Dick and Harry on Netflix movies, but rather highly talented script interpreters who are doing extremely well in the entertainment industry. Netflix movies are shown globally, so, they can’t afford to go for anything below standard.

Besides these veterans, we also have some younger movie stars who are currently trending on Netflix.

They have become a lot of producer’s favourites, mainly because of their skills and talents.

Deyemi Okanlawon is a multiple award winning actor in the movie industry. He is one of the leading stars in the entertainment industry and also rated number one highest earning actor of 2021.

Kunle Remi is another very brilliant actor many producers will do anything to have in their movies. His award winning role in Kunle Afolayan’s ‘Anikulapo’ is still trending globally.

He is a regular face on different award winning movies.

Timini Egbuson, this Nollywood sweetheart is one actor that many ladies are crazy about. Not just because of his crafts alone but also for his looks. He is rated among the best in the movie industry.

Odunlade Adekola is  one of Nollywood’s finest. He started acting from the Yoruba movie industry and has also featured in a good number of English movies.

This award winning actor is very good at what he does and many producers don’t joke with him. He is the lead actor in Mo Abudu’s ‘Elesin Oba’, a role he interpreted so perfectly, and this has also increased his rating drastically in the movie industry.

He has remain one highly talented actor many fans enjoy watching on screen and he has never disappointed. He is always featuring in blockbuster movies and also a regular face on Netflix.

Femi Adebayo is one of the few stars who have been able to make a name for themselves both in the English and Yoruba movie industry.

His role in his latest movie ‘King Of Thieves’ is top notch. He is one of the top rated guys in the movie industry, and a trending face on Netflix.

Titi Kuti is an actor, producer, model and television host. His role in Kemi Adetiba’s award winning movie ‘King Of Boys’ shot him to limelight. He is known as ‘Ade Tiger’ on screen. He went from being a television presenter to a movie star and has been doing exceptionally well in the movie industry.

Gbemi Anthonia Adefuye popularly known as Toni Tones is a star actress, who started her career as a photographer, but currently rated as one of the hot babes dominating the movie scene.

Her role in ‘King Of Boys’ gave her prominence in the industry, and has since remained at the very top of her game, featuring in blockbuster movies back to back.

Jimmy Odukoya is the son of late Pastor Bimbo Odukoya. He is extremely talented and has created a nich for himself in the movie industry. His tole in the award winning movie ‘Woman King’. Alongside Angelique Kidjo and Viola Daris is still trending on social media. He is equally known for his romantic roles in movies.

He is among the wave-making super stars in the entertainment industry.

Bucci Franklin has starred in lots of movies and series. He is currently rated one of the most skillful, creative highly talented and good looking stars.

He is known for his good interpretation of movie roles and fits into every character perfectly.

Stan Nze is one of the finest actors in the movie industry. His movies are always blockbusters. Many can’t stop talking about his role in Rattle Snake, Charge & Bail, Prophetess, Just Married, Bitter Rain, Bad Drop, Omoye and a host of others.

Many were not surprised when he emerged ‘Best Actor in Drama’ AMVCA 2021. He is also one of the producer’s favourite in the industry.

Mofe Duncan is among the young and very talented stars in the movie industry. He is also a regular face on cinema movies.

Femi Jacobs is not the regular actor one sees on every movie, but he only features in blockbuster movies, and this has stood him out among his contemporaries in the industry. Producers will do anything just to feature this award winning actor in their movies, and his role interpretations in movies is something a lot of fans always look forward to.

Sambasa Nzeribe is a renowned actor, model and television personality. He is an incredible entertainer who communicates and remains at the top all times. He joined the movie industry in 2013 and today ermains one of the very best in the industry.

What about the highly talented Blossom Chukwujekwu, though not a new face in the movie industry, but has always remained at the very top of  his career, always giving his best and that explains why he has remained many fan’s favourite movie star.

Ibrahim Suleiman is among the super stars who started their journey from Tinsel and is currently one of the finest faces and producer’s delight.

He has featured in lots of blockbuster movies alongside the big names in the industry.

Enyinna Nwigwe is an actor, producer and enterpreneur. Many will always remember his role as Nonso in ‘Wedding Party’. He is no doubt a household name many love to watch and he often features in award winning movies as well.

Akah Nani is another highly talented actor who is also a regular face  on cinema movies.

Also Jideofor Kenechukwu popularly known as Swanky JKA. He is best known for his portrayal of Nnamdi Okeke in ‘Living In Bondage’.

Samuel Animashaun Perry popularly known as ‘Broda Shaggi’ and Adebowale Debo Adabayo popularly known as Mr. Macaroni are both popular skit makers with millions of followers on Instagram. But lately a good number of movie producers feature these talented guys in movies, to add more comic to movies, and they are both regular faces in not just award winning movies but also Netflix movies.

Out of 10 trending Nigeria movies trending on Netflix, at least 6 to 7 will feature these talented stars.

Also Folarin Falana a.k.a. Falz is a rapper, songwriter and award winning actor. He started featuring in Jenifa Diary by Funke Akindele and within a short period, he made a name for himself in the movie industry, and lots of movie producers were on his neck to feature him in their movies.

Osas Ighodaro has been dominating the movie scene for some years now and she has not relented or slowing down at all.

Many were not surprised when she emerged Best Actress AMVCA 2021. Osas is the complete definition of beauty and brains. She remains one of the most sought after stars in the industry.

Call her the queen of Netflix and cinema movies, then you are certainly not far from the truth.

Bimbo Adeboye is a force to be reckoned with in the movie industry. Many can’t stop commeding her for her outstanding roles in ‘Breaded Life’, ‘Sugar Rush’, ‘Tanwa’ amongst others.

Just when, we thought we have seen enough from Bimbo Ademoye, she gave another brilliant role interpretation in the award winning movie ‘Anikulapo’ by Kunle Afolayan.

Kehinde Bankole is another multi-talented and multiple award winning actress in the industry. She is a born entertainer and one of the queens of Netflix movies.

Bisola Aiyeola has so many things going for her at the same time, and she is indeed making huge success of her creative endeavours.

Adesua Etomi, the pretty wife of Banky W is one of the few actresses dominating the movie scene, and not slowing down at all. A good number of producers will consider this talented faces in their high budget movies before gambling with other choices.

Nancy Isime is an all rounder. She is a successful actress, model, host and television personality.

She is also among the top-rated stars on Netflix who lots of producers gladly feature in their movies.

Indima Okojie is the definition of beauty and brains. She is also rated among the queens of Netflix movies. Producers will gladly part away with any amount to feature her in movies.

The very pretty and fashionista Sharon Ooja is also not left out in the list. She is among the wave making super stars on Netflix.

Ade Laoye is a fantastic actress who has been able to create a niche for herself in the movie industry.

She is indeed good at what she does and remains one of many producer’s favourites.

Iota Chukwu made a name for herself after featuring in Funke Akindele’s Jenifa Diary, and she has since remained at the very top of her career, featuring in award winning movies back to back.

Omowunmi Dada is a very talented actress, who is very passionate about her career. She interpretes every role passionately, making it look as real as ever, and this has made her fans really crazy about her.

She remains one of the most-sought after stars in the industry, and a regular face on Netflix movies.

Lilian Afegbai is very talented and beautiful. Besides interpreting roles perfectly, she is blessed with a gorgeous body that stands her out amongst her contemporaries in the industry. She equally features in blockbuster movies back to back.

Zainab Balogun, many will always remember her for her outstanding role in ‘Hotel Herbiscus’ by Mo Abudu. She has since featured in lots of other blockbuster movies.

She is equally rated as one of the best in the industry.