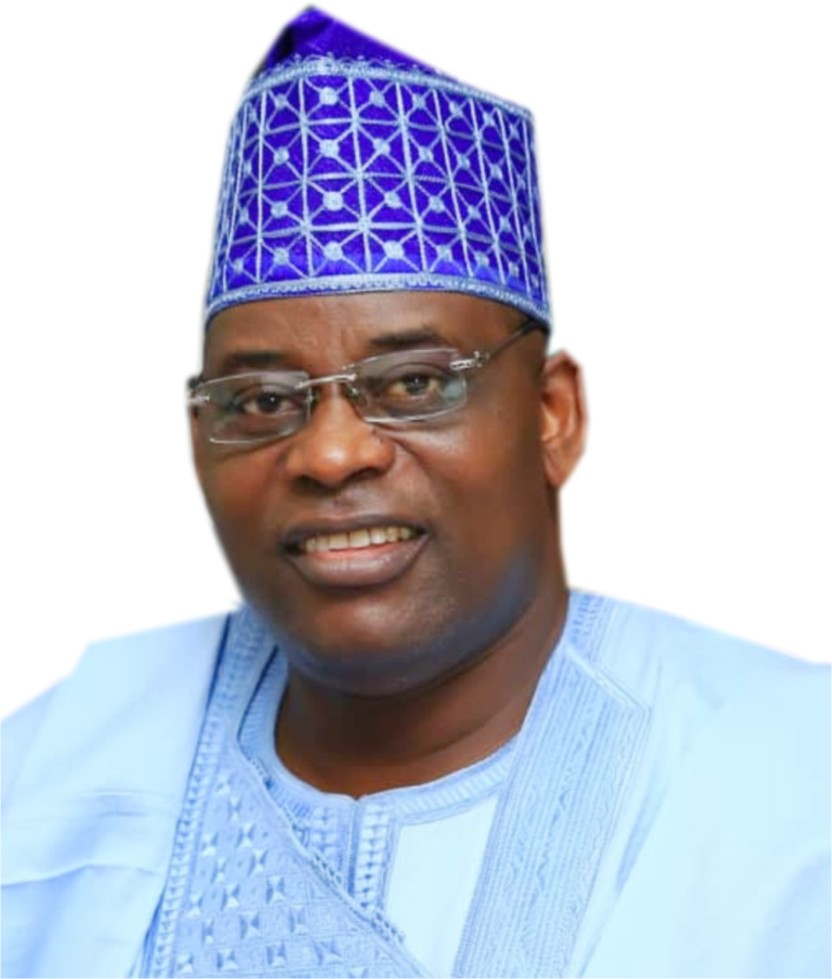 The shocking news of the painful demise of the late Lagos lawmaker representing Mushin Constituency 2, Hon. Abdul Sobur Olawale, popularly known as Omititi, is still lingering within the Lagos political landscape. Many of his members at the Lagos House of Assembly are still stunned by the death of a man they all loved and held in high esteem. For the people of Mushin especially, it was a particularly severe blow that has left them in inconsolable grief, one that could take a pretty long time to fade away. They loved Omititi unconditionally and he too, loved them in return with equal measure. The well being of the people of Mushin was his priority. For the two terms that he represented them, he gave them quality representation and went out of his way to provide for them many social amenities that have made life a lot more bearable for them in the community.

For instance, he has provided about two school buses for the pupils which conveyed to them to and from school free of charge. He provided funds to help the needy, the aged, and set up scholarship funds to help young people from the community who desire to further their education but lack the resources to do so. These and many more are some of the reasons why the people of Mushin are thoroughly shattered by his death and would find it very hard to forget their beloved Omititiu in a very long time. Only a few months ago, City People engaged the dashing looking lawmaker and asked him w3hy he enjoyed so much love from his people, hear him:

“It’s a combination of many things. For instance, we have done quite a lot in the area of education and the people have acknowledged this. They all know that with me, when it comes to Mushin, educational development is sine qua non. I realized early the need to have computer literacy rooted in the constituency and promptly started free computer training program almost 20 years ago. Soon, we will be celebrating two selfless decades of service to my people. We have produced nothing less than 2,500 graduants from the program. Today, that little knowledge they acquired has become the source of livelihood for many of them. Many of the posters and banners that you see, they were designed by them free of charge. I must also mention that I give the outstanding ones amongst them free computers to help them start up their own little businesses, especially those who are into designs. Come June 3rd, we shall celebrate the huge success of this noble project. On that day, we have a 3-in-one program which we shall unveil. For the first one, we shall be celebrating the past graduants, particularly the key ones amongst them. Do not be surprised if you see Azizat Oshoala among them. She is one of our products and she has been telling the whole world that the training we gave her opened her eyes to what computer literacy is all about.”

“Number two, the free school bus for our pupils that we introduced has evidently gone a long way in reducing the cost and burden of education on our people. My constituents are very appreciative of this. In fact, there is an Igbo man who is so appreciative of this gesture that he himself gives out free Gala and sweets to these kids every morning from his own purse just to support the program. He even assists in coordinating the kids and makes them enter the bus in an orderly fashion. When we talk of empowerment, we have trained our ladies and young graduates on how to do makeup as well as the tying of gele. We didn’t stop at that, we also gave out 100 make-up kits to help them start up on their own. So, for the June 3rd program, besides the computer aspect, we will also have an interactive session with computer experts and a lecturer from the University of Lagos will come and address them. We will also launch a skill acquisition program on that same day.”

“Thirdly, there is also the Core youth annual event. Forms have been taken for the program, the coordinator is based in Dubai and it is an international program aimed at empowering the youths. He will fly down from Dubai to come and train our youths, especially on how they can use their training on computers to make little money for themselves. I know people who are involved in this program who make nothing less than 100k a month. This will go a long way in solving the problem of youth unemployment and restiveness. Now, the next one is the Owo Arugbo that I introduced (money for the aged). People have been very delighted and grateful to us for even remembering the aged in our midst. We give them N5,000 every month. As at the last count, we have given 140 of our aged, widows and widowers were all given this stipend. And you saw the videos, the prayers coming from these aged and widows.”

“There is a whole lot we are doing. We also help students with old and torn uniforms whose parents lack the resources to procure new ones for them. It is also on record that I paid from my purse the sum of N500,000 to help students who were unable to pay their school fees. I found them locked outside the school gate because their parents hadn’t paid their school fees. They are students of New State High School. All of these were done out of the desire to help our young people achieve greatness. Now, when it comes to my legislative duties, which is the primary reason my people sent me here, I have never been found wanting. My people know that in times of need, I will rally around them. I was the one who bailed over 210 people that were about to be imprisoned during the Akala, Ilasamaja, and Ijesha fracas when the police invaded the place and killed some people with many left injured. What happened was that some policemen were having problems with the Akala people and a police officer was shot, in retaliation, the police carried out reprisal attacks. But I was able to secure their release with the help of the former Attorney General of Lagos State.”

“I have always been there for my people and they all know that. As regards legislative activities, so many co-sponsored bills and motions that I have moved. People see me on television, they know that hardly will a motion be passed that Omititi will not speak. Some of my motions have been well documented, they are there for all to see. For instance, in 2017, when the Daleko road was terribly bad, I rose up and said to former governor Akinwunmi Ambode, you must rehabilitate this road and he did. When the Oja side of Awolowo road was bad, I moved the motion as well. The police invasion we just talked about, I asked the Commissioner of Police to tender an apology to the people. So, it’s not as though one is passive, I have always been active, it’s what you, Wale, knows very well. I have never been a siddon look legislator. And when it comes to oversight functions, I have never been found wanting. And the last one that has no bearing to the other three is stomach infrastructure. Every day, I support my people financially. Every Ileya period, I give them cows, and nothing less than 200 rams, the records are there. The beneficiaries sign for the receipt of these rams. Same for Christmas and new year periods. I also give out bags of rice as well with money. If a member’s wife puts to bed, there is a bag of rice and N20,000 waiting for you. It’s our own little way of supporting our people. I do this because naturally, by nature, I am a compassionate person, I cannot see someone in need and not try to make some effort to help the person.”

We also sought to know the kind of love and support he was getting from the party leaders?

“Well, I am getting their full support because, number one, we have been together for a long period of time. They all know where my political journey started from. Take, for instance, Senator Ganiyu Solomon, we have been together since 1998 when Ideal Club was formed. And he was the one who started this good fortune for me. He was the one who said to me, okay, you want to be a supervisory councillor, but I’m giving it to your friend, Charles, while you will join Dr. Muiz Banire as his P.A. And from that point, it has been an upward movement for me. It has been a thing of joy for him to see me make the sort of impressive progress I have made in my political journey. So, when I informed him of my intention to contest for the third term, he said I should go ahead. He has been a good leader who has assisted me tremendously. Ditto for other leaders too, the support has been great.”

“One of our leaders, Bayo Oshiyemi, the present SA to the governor on Chieftaincy, has stood by me like the rock of Gibraltar. He has been fantastic. Or is it the Council Chairman that I will say is not supporting me? He knows the kind of relationship we have had over the last 20 years. Mention any of the Apex leaders which I belong to, they are all supportive of my aspirations and I promise them that I will never disappoint any of them. And for the Mushines, they will remember the various assistance I have rendered to many of them. They will identify with me. They will remember the roles I played to get many of them recruited into LASTMA. Some of them are Ogas in LASTMA now. When you talk of KAI, I know those who through me got their KAI employment. Same with the medical line, many doctors we have in Lagos State today will tell you the role I played to help them secure employment. And teachers as well, so many of them got engaged through OMITITI.”

Why I Set Up A Foundation For Prisoners