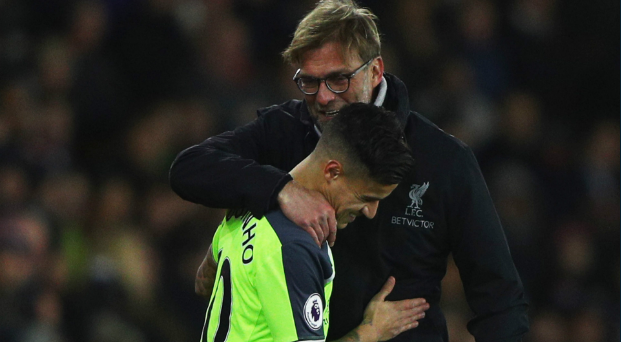 Liverpool have not been super impressive this term despite making a few buys at the beginning of the season. However, manager Jurgen Klopp is looking to strengthen his squad come this summer in other to enable him compete favourably in Europe if the team finally make it and also put up a fight for the league which the Merseyside Reds have not won in close to three decades now.

Here are some of the players Liverpool are hoping to buy or sell in the next summer transfer.

Bayer Leverkusen winger Julian Brandt is expected to be the subject of a bidding war in the near future, according to the Daily Mirror, with Bayern Munich and Liverpool waiting to pounce at the end of the season.

The Reds’ interest in the Germany international is no secret and Jurgen Klopp is preparing an offer for the £20 million-rated player but it is reported that he has already opened talks with the German champions.

The 21-year-old has made a big impact since signing from Stuttgart, and those efforts have not gone unnoticed with Jurgen Klopp impressed with his performances in the Bundesliga.

Liverpool are looking to put a deal in place for Lyon defender Jordy Gaspar, according to French news outlet TF1.

Talks have already been opened for the 19-year-old, although the Reds are likely to face competition from Serie A giants Milan for his signature.

Liverpool are one of a number of clubs interested in Las Palmas midfielder Roque Mesa, according to Marca.

Everton, Tottenham, Bayern Munich and Sevilla are all said to be monitoring the 27-year-old, who could be available for as little as €10 million despite his €30m release clause.

Neymar’s desire to see Philippe Coutinho join Barcelona has been met with opposition by Lionel Messi, according to Diario Gol.

The Brazilian wants to bring another compatriot into the dressing room at Camp Nou but Messi is said to be wary of threats to his partnership with Luis Suarez in attack.

Liverpool will sell one goalkeeper this summer when Danny Ward returns from his loan with Huddersfield, according to the Daily Mail.

Ward, Simon Mignolet and Loris Karius will audition over the course of pre-season to win one of two spots in the first-team squad, with Jurgen Klopp not planning to sign a new stopper despite the Reds’ lack of a clear first choice.

West Ham want to sign Daniel Sturridge as a replacement for Andy Carroll should their current striker be sold to the Chinese Super League, according to the Daily Star.

Carroll was looked at by three clubs in January for a mooted fee of around £32 million, and the Hammers would be ready to sell and make another signing from Liverpool if that interest materalises once again.

Alex Oxlade-Chamberlain has grown fed up with life at Arsenal and could make a shock move to Liverpool at the end of the season, the Daily Mirror reports.

The 23-year-old, whose contract expires at the end of the 2017-18 campaign, has attracted interest from Manchester United and Manchester City as well as the Reds, with Arsenal yet to offer him a new deal.

Liverpool are unlikely to be able to prise RB Leipzig starlet Naby Keita out of the clutches of Europe’s elite clubs this summer, according to the Daily Mirror.

Bayern Munich are said to be leading the race for the midfielder and Real Madrid are also interested, with the Reds fighting to be able to offer Champions League football by finishing in the Premier League’s top four.

Manchester United, Chelsea and Liverpool are among several European clubs tracking Vancouver Whitecaps prodigy Alphonso Davies, according to Metro US.

The 16-year-old has been turning heads since making his pro debut last season. Davies made eight league appearances in 2016 and scored in Vancouver’s CONCACAF Champions League win over the New York Red Bulls last week.

The 19-year-old has been dubbed the ‘new Dino Zoff’ in Italy and is playing so well with SPAL in Serie B that his parent club, Udinese, could make him their No.1 next season.

A host of Bundesliga teams are keen to bring Liverpool star Emre Can back to Germany, the Daily Mirror reports.

With the Germany international locked in contract negotiations and looking no closer to a deal, RB Leipzig and Bayer Leverkusen have been alerted to the possibility of luring the midfielder away from Anfield

Liverpool are big fans of Danilo but face competition from Juventus for the Real Madrid right-back, according to Calciomercato.

The Bianconeri are long-term admirers of the 25-year-old and have expressed an interest in ending his disappointing spell in La Liga, but Madrid will demand €25 million if either the Italians or the Reds come calling in the summer.