LONDON Based Actress, KENNY GEORGE Talks About Her Success Story •In The Yoruba Movie Industry 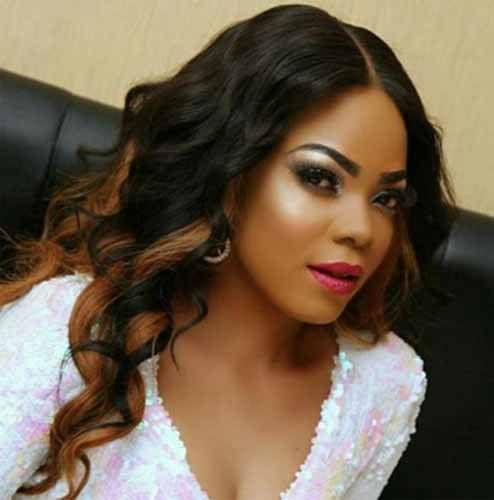 Kenny George is one of the hottest actresses right now in the Yoruba movie industry. She is good at what she does. She is great at interpreting her roles very well. She is versatile. And she is  flexible as an actress. And she is quick to blend. All these virtues have helped her a great deal and that is why many Producers and Directors love to use her in movies. Many don’t know she lives in London with her family. She is happily married and has lovely kids. Despite all these, Kenny still balances out all her roles so well. She is a good wife. She is a good mother to her kids and takes her acting seriously.

She plans her schedules so well that she creates time for all her obligations and duties. Whenever she has jobs to do here, she flies into Lagos, spends a few days or weeks and off she goes to London to be with her family.

How did she get into acting, City People asked her last week. How has she been coping with the hustle and bustle of acting, having to shuttle between Lagos and London? How has her movie career been? And for how many years now has she been acting?

According to this pretty actress, professionally, she began her career in 2013. “However, my first appearance was ‘Tete’ by Lola Alao in 2006. My house was used for the set”.

How did she start her career? “From when I was young, I’ve always aspired to be a writer. I would stay up late to write one of my many stories, which was essentially contributing towards my attraction for script writing. Acting, to me was just the icing on top of the cake,” she explained. How has she enjoyed what she does?

“The 5 years of my career have been astonishing, as I never expected the responses that I have received to this day. Being able to incorporate many of my life experiences is one of the reasons I love my job. Did her movie career start in Lagos or London? “It started  professionally in Lagos.” Did anyone influence her to go into acting? “Yes Saidi Balogun and Lola Alao offered me a couple of scenes in Tete, a movie written and produced by Lola Alao.

What’s her private life like?  “I am happily married with 3 wonderful children” Where was she born? Where is she from? “I was born in the city of  Lagos, though I grew up in London. My parents are both loving individuals who have played a huge part in where I am today.” What has kept her going in the industry? Is it not expensive shuttling between the UK and Naija? “It is definitely expensive. though If you have a passion for something, you will surely find a way to make ends meet.”

Is it only acting she does? Does she produce movies also? “Absolutely not. My job also includes writing and producing. What sort of a person is Kenny George?  “I guess I am still finding out myself. I can tell you that to get to this stage in my life it shows my resilience”.

Can she recall the movie that shot her to limelight? “It is Koto, a movie written and produced by me,” she explained. How many movies has she produced? “Haa! A lot. I have produced over 30 movies.”

LONDON Based Actress, KENNY GEORGE Talks About Her Success Story •In The Yoruba Movie Industry was last modified: August 27th, 2018 by Seye Kehinde

Many Don’t Know I Have Been Married...