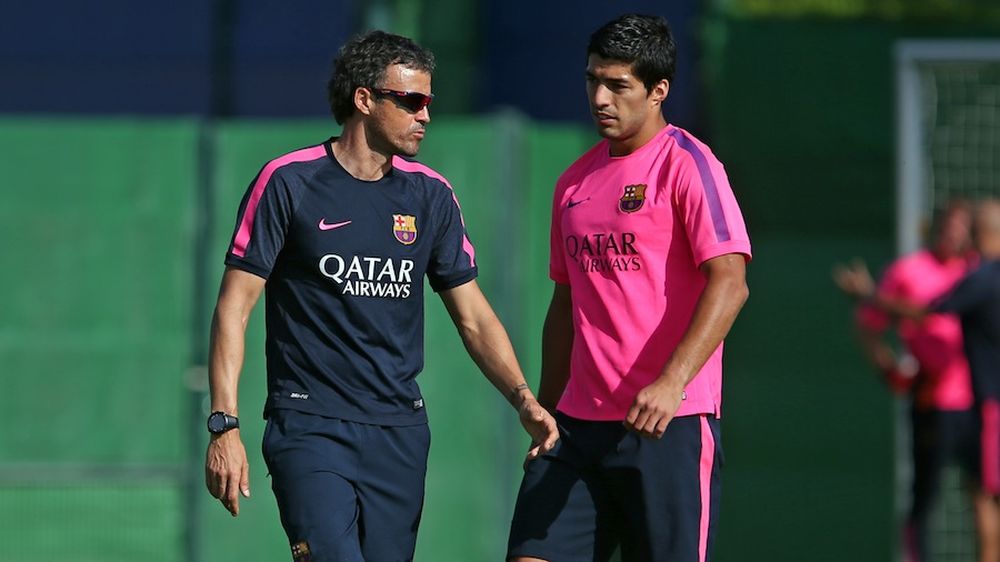 Inspirational Barcelona striker Luis Suarez has said that his team-mates were surprised by the decision of coach Luis Enrique to quit Camp Nou at the end of the season.
The 46 year-old manager revealed his decision after Wednesday’s 6-1 win over Sporting Gijon, stating that he needed a rest.
“We didn’t expect it, but it is understandable and one that we accept,” said the 30-year-old striker.
“The job is very difficult and requires hours of hard work. He has to enjoy being with his family as well.”
Enrique, who replaced Gerardo Martino in 2014, will leave at the end of his contract this summer.
The Spaniard said on Wednesday: “It’s about how I live with my profession, with a never-ending quest for solutions and to improve my team. That means I have very little time to rest, very few hours to disconnect.
“I think it will be good for me at the end of the season, because I need to rest. That’s the principle motive.”
The former Barcelona midfielder has helped the Catalan giants win the Champions League, two league titles and two Copas del Rey during his three years.
Barcelona lead La Liga by a point from Real Madrid, albeit having played a game more, and they are in May’s Copa del Rey final against Alaves.
Their hopes of progressing from the last-16 of the Champions League are slim however, needing to overturn a 4-0 deficit against Paris St-Germain on Wednesday.

I don’t know my exact date of birth- Olusegun Obasanjo