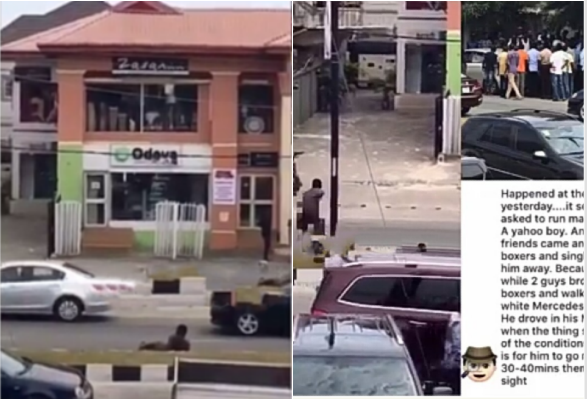 In a viral video, an unidentified man driving a Benz came out of his car, removed his clothes and ran mad for almost 30 minutes, and then quickly covered his nakedness once he noticed he’s been mentally unconscious.

He was reportedly later taken away by his friends in Lekki, Lagos.

Some believe it was some sort of rituals, others think it’s was from his village but the majority say it’s a type of sacrifice some yahoo boys now go through these days.

Man removes his cloths and runs mad for 30 minutes in Lagos was last modified: September 24th, 2017 by Reporter