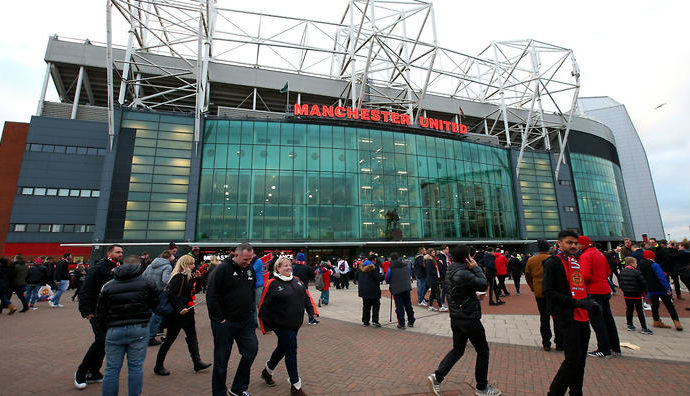 Manchester United have the most visited club website in the world, according to a club licencing benchmarking report by UEFA.

United recorded 8.6m monthly visitors between January and June of last year, putting them fractionally ahead of Arsenal, with Liverpool ranked third on 7.7m monthly users.

The Premier League trio are comfortably ahead of Spanish giants Real Madrid and Barcelona, who recorded 7.2m and 6.3m monthly visitors respectively.

Chelsea is the next Premier League side in the top 20, with 3.2m monthly visitors putting them just behind Turkish outfit Fenerbahce, who have the sixth-most visited website in the world.

The website rankings are dominated by European clubs, with Dynamo Kiev, Bayern Munich and Borussia Dortmund making up the rest of the top 10, but Egyptian side Al Ahly have the 11th-most visited website with 2.6m monthly visitors.

That puts them ahead of French champions Paris Saint-Germain, while Leicester City rank higher than Tottenham and Manchester City after their Premier League title triumph last season.

Brazilian side Sao Paulo have the biggest website in the Americas with just shy of 1.8m users, while Marseille, Zenit St Petersburg, Galatasaray and Juventus are the other sides who feature in the top 20.

Manchester United have most visited club website in the world – UEFA report was last modified: January 12th, 2017 by Arinze Ago