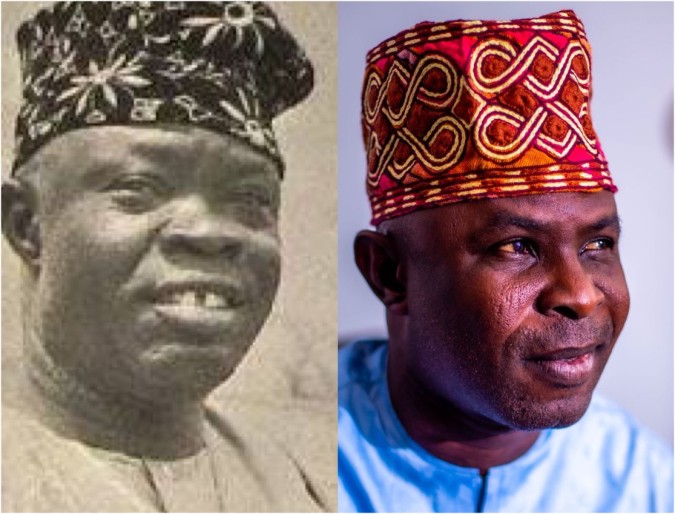 The immediate family of late Alhaji Haruna Ishola, popularly known as Baba N’Gani Agba, is deeply endowed as his children are already hitting it big singing classical music just like their iconic father. Aside from the popular Alhaji Musiliu Ishola who hit the waves years ago with his evergreen “Soyoyo” album, there is another sibling of his who also sings and is fast becoming the choice of many social occasions.

His name is Wasiu Haruna Ishola. He has been around for a while. His brand of music is Apala Classical Fuji. The younger Haruna Ishola is based in Lagos State. He is multi-talented. His very lovely and enchanting voice attracts many music lovers. When he mounts the music stage and handles the microphone, you would find it difficult to believe that it isn’t Alhaji Wasiu Ayinde that is performing on stage. His voice is a total replica of that of the Fuji music icon. Listening to his music is always fun.

He has been rocking quite a number of top events recently. He is really making waves on the social scene. Many celebs and socialites enjoy listening to and watching him and his band boys dazzle on stage.

The fact that he combines Fuji music with Apala, two different genres of African music stands him out. He does this with ease and great pleasure. You need to see how he does this to thrill and entertains his audience. He is indeed a creative musician. He is no doubt becoming the choice of top society celebs to play at their events. His knowledge of the music terrain is top-notch.

Asides from this, he is a very calm, cool and collected person who relates well with his audience. You need to watch him play to testify to how good he is with the craft. The late Alhaji Haruna Ishola would no doubt be extremely proud of his sons as they have not let his music legacy go down. They have continued to keep and maintain their beloved father’s name up there. This should be the dream of every successful parent.