Meet The 12 New Members Of Association Of Friends 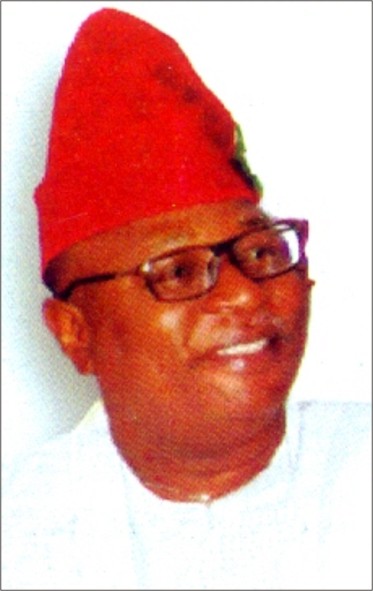 He holds a degree from the Prestigious University of Lagos, College of Medicine, Idi Araba Lagos and a Masters degree in Public Administration from South Bank University London. A seasoned businessman, Health and Hospitality services provider and successful Entrepreneur, he worked meritoriously with Plateau State Hospital Management and Royal Brompton Hospital Chelsea London for several years. Apart from his academic and professional qualifications in the field of medicine, he has cognate experience in successful business for upwards of 30 years. He is a shrewd and very successful business executive who has lived and worked in several countries across Europe and America. He sits on the board of several International and Local companies such as Binex, Mobile PIT Ltd, Mobile Tornado, Dexamndra International Group of companies.

He is a trained Engineer and Entrepreneur.

He is a life coach, a  father and a good husband, married to Mrs Adeola Taylor a scholar and entrepreneur. He is a Pilar of support and partner and he’s blessed with 3 beautiful children.

Engr Layi Taylor is a successful businessman by the grace of God. A philanthropist and a jolly good friend. A socialite per excellence. A man of God and man of the people. Certified safety professional. A life coach. Chairman of: (1) Stonegate engineering Ltd. 17/17/9, Allen Avenue, Ikeja Lagos. (2) Chairman of Silvergate Group of schools. 2A, Arigidi Street, lie Zik, Ikeja, Lagos. (3) Chairman of Toastday Equipments and School Supplies Ltd. 15, Bankole Crescent, Adeniyi Jones. (4) President of Taylor’s Foundation.

Adebayo Adesina Adeyeba has over 20 years of experience in Well designs and operations in the Upstream sector of the Oil and Gas industry. He started his career in BJ Services in 2001 and later joined Shell Petroleum Development Company in 2012. He is currently Lead Wells Engineer in the Wells Engineering Department of Shell in Port Harcourt.

Adesina graduated from prestigious Obafemi Awolowo University, Ile -Ife. He has attended many technical and managerial training in Netherlands, USA, UK and here in Nigeria. He is married to Olufunke Adeyeba and a native of lIe-lfe in Osun State.

Mr Adeyemi Folarin Anthony is a Social Scientist, Environmentalist and a Communicator. He was born in Ebute Metta, Lagos on September 3rd, 1959. He had his Secondary and Higher School Education in Lagos and Abeokuta respectively. He proceeded to the University of Lagos Akoka, where he bagged a Bachelor of Science degree with honours in Social Sciences. Thereafter, he went to the Times Journalism Institute, for a Post Graduate Diploma in Journalism and University of New York Graduate School of Journalism for another Certificate in Journalism. His bustling journalism Career started in 1985 at the News & Current Affairs, Department and Newsroom of Federal Radio Corporation of Nigeria (FRCN), until he left in 1988. Thereafter he moved over to the Daily Times of Nigeria, where he was at various desks like News Room, Foreign Desk, Sub Desk, and Production Departments, until July 1990 when he was engaged into the services of Lagos State Government. He served as Permanent Secretaries in the Ministry of Information and Strategy and Ministry of Tourism Arts & Culture respectively, before his statutory retirement in 2019. He is a Fellow of the Nigeria Institute of Public Relations and the Nigeria Union of Journalists. An Active Sportsman, Footballer and Table Tennis Player. He is married and blessed with Children.

Otunba Olatunji .A. Sosanya has an enviable background in the private sector and over 30 years of exemplary banking experience. He contributed immensely to the banking subsector in various capacities.

He is presently the Founder and Promoter of Foresight Microfinance Bank. He sits as chairman of TUBS capital investment, Chairman of Lylods BDS LTD and Chairman of Atlantic Bells international schools

Prince (Dr.) Akintunde Ishola Ayeni is the man behind the YEMKEM brand. He was born in Oye Ekiti, Ekiti State in the early 60’s to late Pa Dada Orimekunluyi Ayeni and Madam Elizabeth Adesoye Ayeni. He attended St. Patrick Primary school, Oke Padre, Ibadan in Oyo State and Adelagun Memorial Grammar School, Ibadan. He later graduated in Fisheries Science from the Federal College of Fisheries (under the Nigeria Institute of Oceanography and Marine Research), Maiduguri, Borno State in 1984.

medicine. With the innovation he had brought to herbal medicine, he has changed the old perception of our people especially the elites about traditional medicine. He is the President/Founder of YEMKEM INTERNATIONAL, makers of quality herbal products.

A native of Ile-Ife, he holds an HND (Accountancy) certificate from Yaba College of Technology and an MBA (Marketing) degree from Lagos State University. He worked and retired at the downstream sector of Chevron Texaco (A Multinational Oil Company) as an Area Manager. I is currently the MD/CEO of Retema Nigeria Limited, owner of the NNPC Service Station, Giwa, Okearo. He’s married and blessed with children.

He is the Chairman A.T.B Farm Nig. Ltd

He is the Agbaakin of Remo Kingdom, CEO of Oakland Schools, Oakland Properties KOS Garden and Hotel Services.

Otunba Stephen Abiodun Ojo was born in lIupeju Ekiti on the 30th of December, 1962. He attended St John Catholic Primary School, and Obalatan Commercial Grammar School, both in lIupeju Ekiti for his primary and Secondary School education. He also went to Oyo State College of Art and Science for his Higher School Certificate He earned a Bachelor’s degree in Accounting from Obafemi Awolowo University, lIe-Ife, Osun State, Nigeria. He is a Fellow of the following institutions; Institute of Chartered Accountants of Nigeria (FCA); Institute of Management Consultants (FIMC) Institute of Credit Administration, FICA; Chartered Institute of Administration (FClA).

Prince Adetayo Adereti, is a native of lIe-lfe. He holds an HND (Accountancy) certificate from Yaba College of technology and an MBA (Marketing) degree from Lagos State University. He worked and retired at the downstream sector of Chevron Texaco (A Multinational Oil Company) as an Area Manager. He is currently the MD/CEO of Retema Nigeria Limited, owner of the NNPC Service Station, Giwa, Okearo. He is married and blessed with children.

READ ALSO: WHY I ACCEPTED TO CO-ORDINATE TINUBU’S CAMPAIGN IN RIVERS

Meet The 12 New Members Of Association Of Friends was last modified: November 30th, 2021 by City People

Why Many Big Men Now Suffer From High Blood Sugar