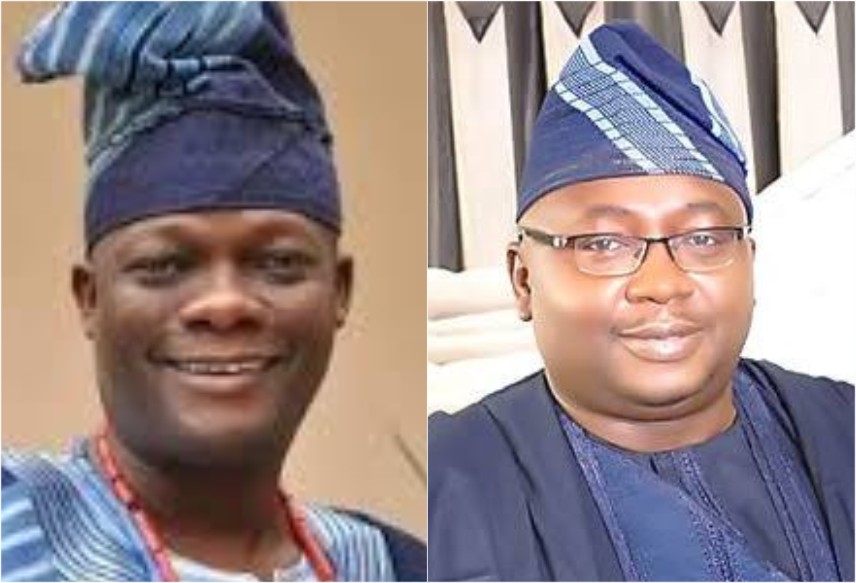 The struggle for who emerges Oyo APC gubernatorial candidate in the coming 2023 election is getting hotter by the day. Consultations, and schemings among the stakeholders, as well as aspirants, have shown that the interest in the contest so far, is on the rise.

While some members are working for the emergence of Teslim Folarin, there are others believed to be loyal to Bayo Adelabu and by extension working for the presidential ambition of the National Leader of the party, Asiwaju Bola Tinubu. There are also those who belong to the Unity Forum and the group of the late immediate past governor of the state, Senator Abiola Ajimobi (SENACO), who may work with Prof. Adeolu Akande’s group. We also have the Lamists group. All these factions are what the leadership of the party has been working rigorously to bring it together but it seems to be a tough project.

Just last week, in order for all factions and aggrieved members of the party to be brought together, Oyo State All Progressives Congress (APC) Elders’ Advisory Council set up a 138-man reconciliation and harmonisation committees at the ward, local and state levels.

“Though it may be tough but it would be the best if we can all come together to work for the interest and success of our party in the coming election. So that we won’t repeat what happened in 2019, when some aspirants were forced to step down against their wishes. We all know what happened thereafter,” stalwart of the party said.

Another prominent member of Oyo APC who doesn’t want his name in the print is also cited as an example, the recent exit of an aspirant Joseph Tegbe (a guber aspirant who decamped from APC to PDP), as an example of what will become of the party if the situation at hand is not well managed, for a popular, credible and sellable candidate to emerge, either through indirect primary or consensus means. While the present formations in Oyo APC clearly show that Teslim Folarin is firmly in control of the party, other factions have, however, discredited such belief. Saying that the former Senate Leader only used his connection at the national level to hijack the party. They believe he doesn’t have the structure that can earn him such power.

At a press briefing recently, a guber aspirant Barr. Niyi Akintola (SAN) disassociated himself from factional party executives in Oyo State, insisting that failure to call for a truce would pose grave consequences for the party. Saying that despite efforts by the national body to resolve challenges of APC in the state, the factions have remained adamant.

He also explained that having studied party politics over the years as a loyal party man, those who have a penchant for hijacking party structure without endorsement from genuine members usually end up leading the party to great electoral loss.

He said: “We have challenges in Oyo APC, but that doesn’t mean that the challenges of APC in Oyo State are not insurmountable if the national body acts swiftly because we have gone through this same process before in 2019 after the so-called primary where everybody decamped and I did not decamp to anywhere.”

“If you hijack the party structure you will meet a stone wall with the political structure because those who have the political structure will just remove the carpet under your feet.” “Only seasoned professional politicians do appreciate this and that’s why I said this in an interview I had with recently that “tobajagba wa jegba”, meaning if you snatch you will be flogged with cane and history is bound with that.”

“I’m contesting for governorship position under our dear party APC but my ambition is not a do or die affair, because I have a second, third even fourth address, unlike some others that don’t have.” “I’m a lawyer, a political science lecturer at a University. I’m not a political jobber. I’m a progressive person to the core, I can’t become a fool because of my ambition, I cannot soil my name and integrity because of my ambition.”

“The leaders of our party at the national level have to as a matter of fact intervene in Oyo State crisis before it is too late.” The call for a genuine reconciliation within Oyo APC received a boost again last week. As stakeholders from the 33 local governments in the state held a meeting which was centred on his peace and unity will return to the party.

The meeting was said to have been facilitated by another guber aspirant, Bisoye Fagade. “It was a governorship aspirant of our party, Mr. Abisoye Fagade, who brought the idea of this meeting when he realized that the in-fighting among the gladiators was more time than necessary to abate.”

“He went further to meet a few leaders who suggested that we should find a way of calling a meeting of this nature and with the calibre of people that attended this meeting, it is safe to say that the current crisis in our party is surmountable,” Alhaji Kayode Adanla, a former member of the Oyo APC State Working Committee, states in his welcome address at the meeting.

The big question, however, is, can APC, with all these factions and so many interests and intrigues, achieve true reconciliation, to really prepare the party for the battle ahead? Can the party unseat the ruling party in the state, the Peoples Democratic Party (PDP)? Time will definitely tell, as 2023 is just a few months away.

READ ALSO: HOW I GOT OVER THE TRAUMA OF MY SON’S DEATH – PASTOR ADEBOYE