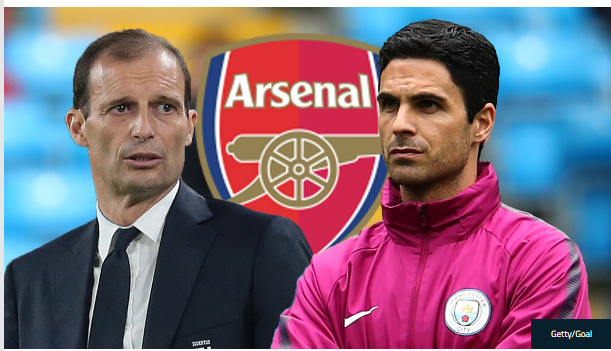 Pep Guardiola expects a quick decision on whether Mikel Arteta will become Arsenal’s new manager and says he cannot make an argument for the former Gunner not taking the job.

Manchester City expect to have Arteta in the dug-out for the Carabao Cup quarter-final at Oxford on Wednesday.

City’s assistant manager has spoken with senior Arsenal figures about the possibility of replacing Unai Emery.

“I think it [the decision] is going to happen quick,” said Guardiola.

Arteta, 37, took part in City training on Tuesday after two rounds of discussions with the Gunners.

It is not yet known whether Arteta has been offered the chance to succeed compatriot Emery, who was sacked in November.

Guardiola has been kept fully informed of discussions and has spoken to Arteta to some degree. He wants to leave the man he brought onto his coaching team when he joined City in 2016 to make his own decision.

Arteta has been touted as Guardiola’s successor at Etihad Stadium, although that has not played any part in the chats the pair have had.

“Do you want to sack me?” Guardiola smiled.

“We have talked about it a little bit but his feelings are his feelings. I am a guy who lets people live with freedom and do what they want because that is what they want in the moment, for their lives, family, professionally and individually.

“Mikel knows exactly what we think about him. After that, we cannot do more.”

Guardiola says he was surprised no-one at Arsenal raised their interest in Arteta to senior City officials on Sunday.

With Arsenal 10th in the Premier League, Guardiola wonders how easy the task of rebuilding the club will be for Arteta if he does go.

“Arsenal were always one of the best teams for the last 20 years,” he said. “When Arsene [Wenger] took over the team, he raised the club to another level. But in the last years, they are struggling a little bit.

“When the club takes a decision to replace the manager or buy players, it is always to try to be better. Whether it is going to happen or not, I don’t know.”

Mikel Arteta Has To Make A Quick Decision On Arsenal – Pep Guardiola was last modified: December 18th, 2019 by Damilare Salami