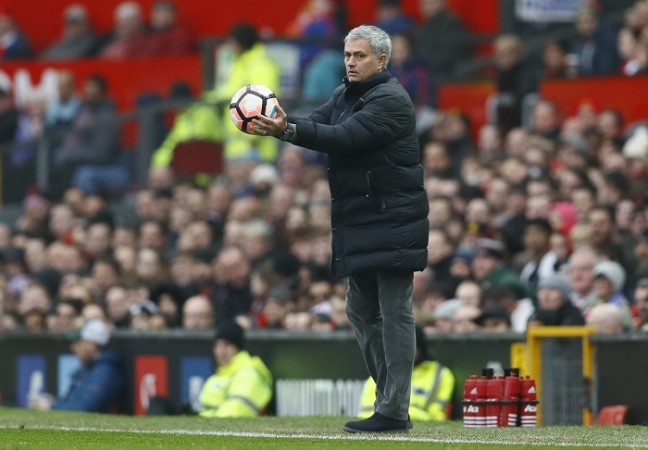 Manchester United boss Jose Mourinho has criticised the pitch for his side’s Europa League match against Russian side FC Rostov on Thursday.

Rostov, fifth in the Russian Premier League, play at the Olimp-2 which was built in 1930 and has a capacity of just over 15,000.

Ahead of the last-16, first leg tie, Mourinho said: “It’s hard for me to believe we are going to play on that field – if you can call it a field.

“I don’t know which team to play.”

Very blustery inside Olimp-2. Very busy outside for a huge night for @FCRostovENG – gonna be lively in here! @ManUtd pic.twitter.com/bgN5uhHgnO

Uefa told BBC Sport the pitch “may not be in perfect condition, but has been deemed playable” following a pitch inspection on Wednesday.

Aside from a tricky pitch, the Red Devils will also have to deal with windy conditions at Russian side FC Rostov for their Europa League match later tonight.

Meanwhile, United have named a fairly strong-looking side to tackle the fifth placed Russian league side.

Sergio Romero will be in goal post while the defensive line has Ashley Young, Chris Smalling, Phil Jones and Daley Blind.

Paul Pogba, Ander Herrera, Henrik Mkhitaryan and Marouane Fellaini will hold forth in the midfield while Zlatan Ibrahimovic will lead the attacking line.

Rostov have also named their regulars starting with Medvedev at the goal post, the defence has Kalachev, Mevlja, Navas, Grana.

They have Kudryashov; Noboa, Erokhin, Gatskan in the midfield and both Poloz and Bukharov will be in search of goals up front.

Mourinho Furious With Pitch As Manchester United Tackle FC Rostov In UEL Round Of 16 was last modified: March 9th, 2017 by Damilare Salami